Deborah Henson-Conant tells stories with music using a custom-built carbon fibre electric body-harp that she wears via a harness.  Her music combines elements of Blues, Jazz, Latin, Classical and Musical Theater and innovative strumming, percussive and bending effects she uses along with a looper pedal.

She’s presented her original works at the Kennedy Center “Imagination Celebration” and Boston “Ideas” Festival and debuted her One-Woman Musicals at the Central Square Theater in Cambridge, MA and the Regent Theatre in Arlington, MA.

The biggest comments people make after her shows is about the incredible energy, innovation and “Wow, I had no idea a harp could do that.”

BOOKING INQUIRIES:  Email info@hipharp.com and include the preferred date, location and how you heard about Deborah Henson-Conant.

In 2005 DHC received a major private project grant to produce a DVD, Public Television special and CD of the original show she created for her voice, stories and electric harp with full symphony orchestra.  The project was so successful that the entire album received a Grammy-Nomination for best Classical Crossover album, it won first prize in the ISC (International Songwriting Competition) and appeared on PBS Stations throughout the U.S.

Since 2005 she’s continue to perform with orchestras, but her works are now starting to be performed by other harpists and orchestras throughout the world as well, and in 2014 her concerto “Soñando en Español” was performed at the World Harp Congress in Sydney, Australia, with UK soloist Eleanor Turner – and the Henson-Conant conducting.

Her orchestral shows, like her solo shows, combine elements of Blues, Jazz, Latin, Classical and Musical Theater – ranging from high energy tour-de-force playing to intimate ballads.  When possible she pulls  soloists out of the orchestra for improvised collaborative moments during the show, reinventing the interplay of soloist and symphony into a more interactive and theatrical format she dubs ‘symphonic music theatre’.

Her work is usually presented as part of alternate programming like Pops programs.  But she’s also appeared in back-to-back classical and pops programming, presenting her concerto “Soñando en Español” for the classical programming, followed by a Pops program the following night.

BOOKING INQUIRIES:  Email info@hipharp.com and include the preferred date, ensemble and how you heard about DHC.

In DHC’s One-Woman Musicals she’s often performing as a character, like Aubrey, a performance coach for the Heavenly Choir hopefuls in “What the Hell are you doing in the Waiting Room for Heaven??” Almost all her one-woman shows use the harp as main accompaniment (except “The Frog Princess” which is for narrator/singer and symphony or chamber ensemble)

As a speaker, DHC combines music and creative principles in her “Strings of Passion” presentation

Since 2011, DHC has created an online curriculum for harpists and developed her “Harness Your Muse” mentorship program – a yearlong program through which she mentors harpists to create their own independent works.

In 2014 DHC worked with student and faculty arrangers to create new concert band arrangements of her original works, then performed in concert with the wind ensemble.

In collaboration with the education department she created a “Virtual Artist Visit” website where local school children who could not attend the concert could access her videos and handouts.

This residency also included a solo concert and hands-on Q&A with students at the school library where librarians had created a display outlining the history of the instrument and her innovations in the electric carbon-fibre body-harp.

The two works on the program, both by Deborah Henson-Conant: “Songs of the Pyre” (for soprano, cello, harp & piano) is a song cycle about a woman accused of witchcraft in 16th-Century Europe, who plummets from disbelief into madness.

“Persephone Lost” (for soprano, cello, harp & clarinet) is a One-Woman, One-Act Opera about Demeter, Goddess of the earth’s Fertility, who’s daughter is stolen to the underworld, and as a result, transforms her own grief into the world’s first winter.

This is 2-minute preview video of the project:

In 2015 DHC collaborated in a residence with Charlotte, NC’s CCPC’s Annual Sensoria Festival, a Celebration of Literature and the Arts.

This residency included collaboration and performance with the dance and opera departments and the Bechtler Chamber Ensemble conducted by Alan Yamamoto.

One of the most striking elements of this residency was the collaborative modern dance project with choreographer Clay Daniels and the CCPC dance theater department, which included an ensemble piece based on Henson-Conant’s “Under the Bed” and a duet between a solo dancer DeMaya Sanders and Henson-Conant in “Electra’s Lyre,” a rap-inspired retelling of the ancient Greek tale of Electra. 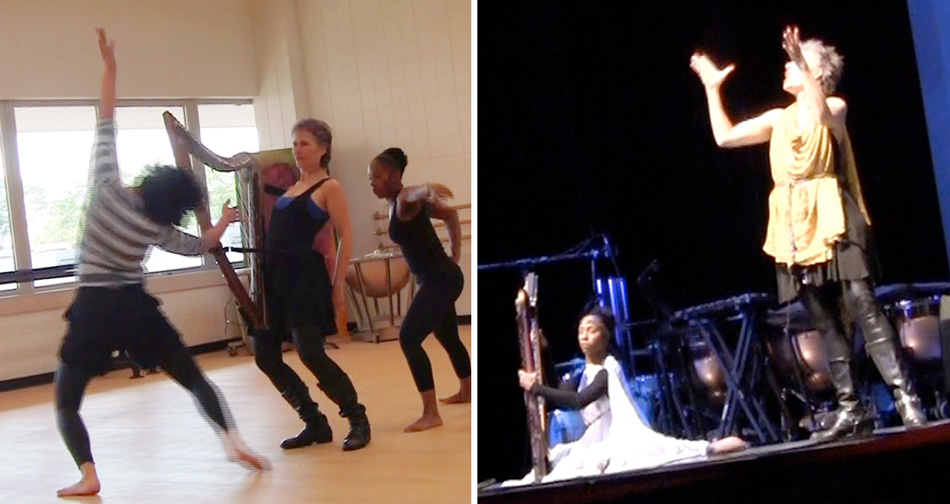 A masterclass in improvisation for instrumentalists was also part of the residency. 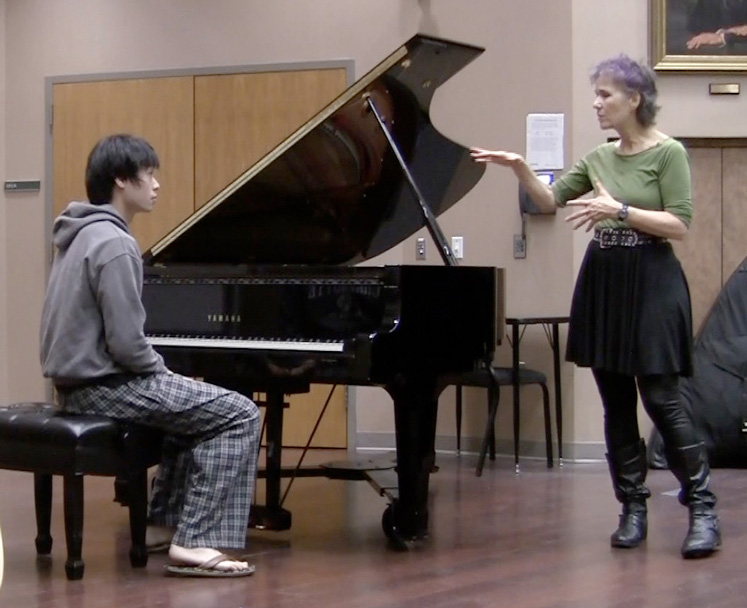 BOOKING INQUIRIES:  Email info@hipharp.com and include the preferred date(s), length of residency, the departments you’d like to serve  (ex: music, theater, dance, women’s studies, entrepreneurship, etc.) and any performance or speaker events you’d like to consider.  All residencies are collaborative, so you’ll be able to build the residency together with DHC – this information is just to give us a sense of what part of your audience, clients, faculty, members or students you’d like to serve.