Back to Straight Up! (Recording Day #1)

It feels like it’s taken forever, but today I headed back to Straight Up recording studio in Arlington, MA to record what may become my next album.

Yes, yes, I know, I’ve been recording this album for – what – three years now?

I got everything in the car – the harp rode shotgun. 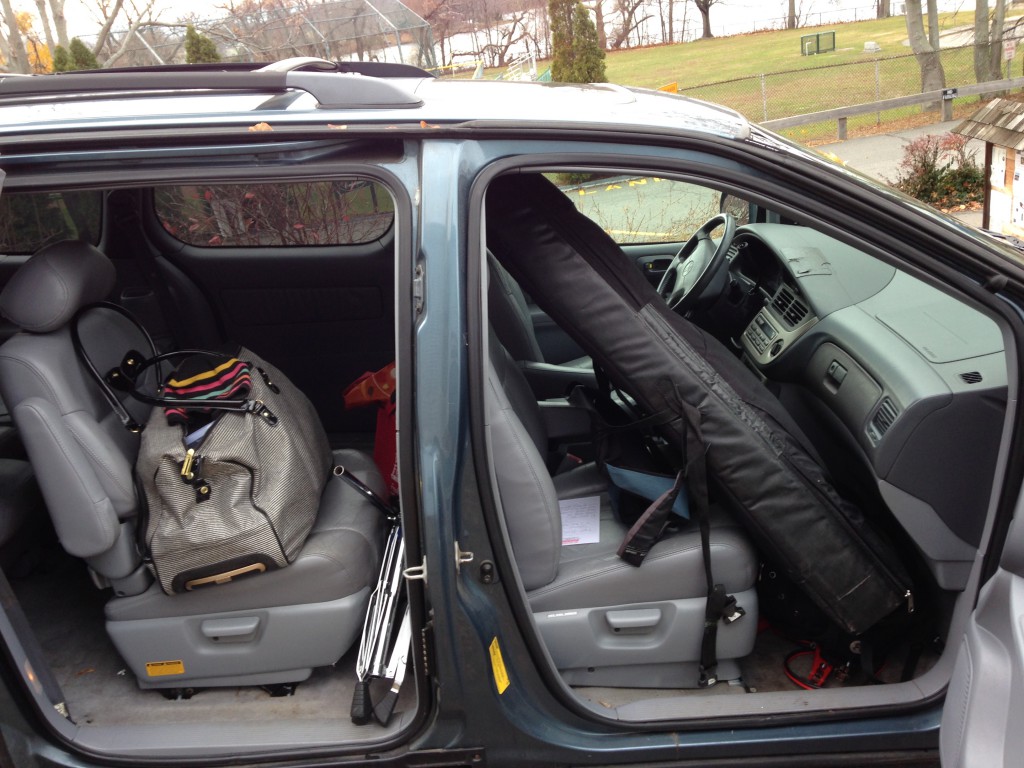 I turned the key in the starter and … nuthin’ happened.

Well, not nuthin’. I got a nice percussive clicky sound, but no engine action.

I ran down to the pond and asked one of the bird counters if he could jump me – and he drove up and gave it a try, but no go.

Then Dan, the dog-guy, who walks the brown lab across the street, and a 3-legged dog named Happy – Dan offered to give me a jump.  We figured what the heck.  And it worked!  I wish I had a picture of that, but we were so psyched that the car started, that I forgot about everything else.

And that’s how I got to the studio – here I am … I took a selfie when I got there. 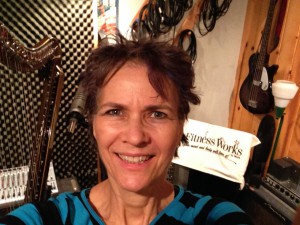 We even had time to record. 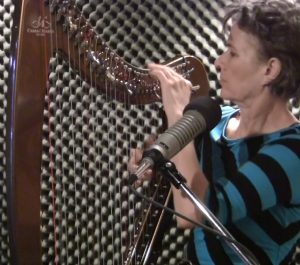 And here’s what I recorded today:

The first is a rough-cut of “Brubecker” ….

Here’s a little about it:

I developed this piece when I was on tour as a member of Steve Vai’s band.  We were on a hundred-city world tour, in a different theater each night, and after rehearsal each day, I’d sometimes get a chance to play alone on the stage.

I developed this piece over many nights on many stages, inspired by music that opened my ears as a kid – Brubeck’s Blue Rondo a la Turk –  and playing it on an instrument that didn’t even exist back then.

“Brubecker” uses different meters to create an off-balance, tumbling-forward feeling in the melody, and different tunings in different octaves of the harp so it kind of tweaks my ear.

In the first improv section, I create a single-layer loop and improvise above it. The second improv section starts with a double-layer loop high up on the harp, and I solo under it.  That improv leads to a loop-on-loop multi-layer build and finally the melody lifts out of it.

This is a rough cut to test the equipment and just get comfortable – but I like the feel of it.

The second is a little piano improv I did when I saw we only had 15 minutes left in the studio.  Larry called it “Moth Dance”

Can’t wait to get back tomorrow.

And thanks to everyone who helped me get here today – the bird-counting guy, Abe at the car shop, Dan the Dog guy and Jon who stopped in the middle of a run on a chilly day to reset the clamps on the terminals.  I wish my battery wasn’t such a wimp, but I really enjoyed all the people I got to spend a little time with.