A Durian Adventure in Hong Kong 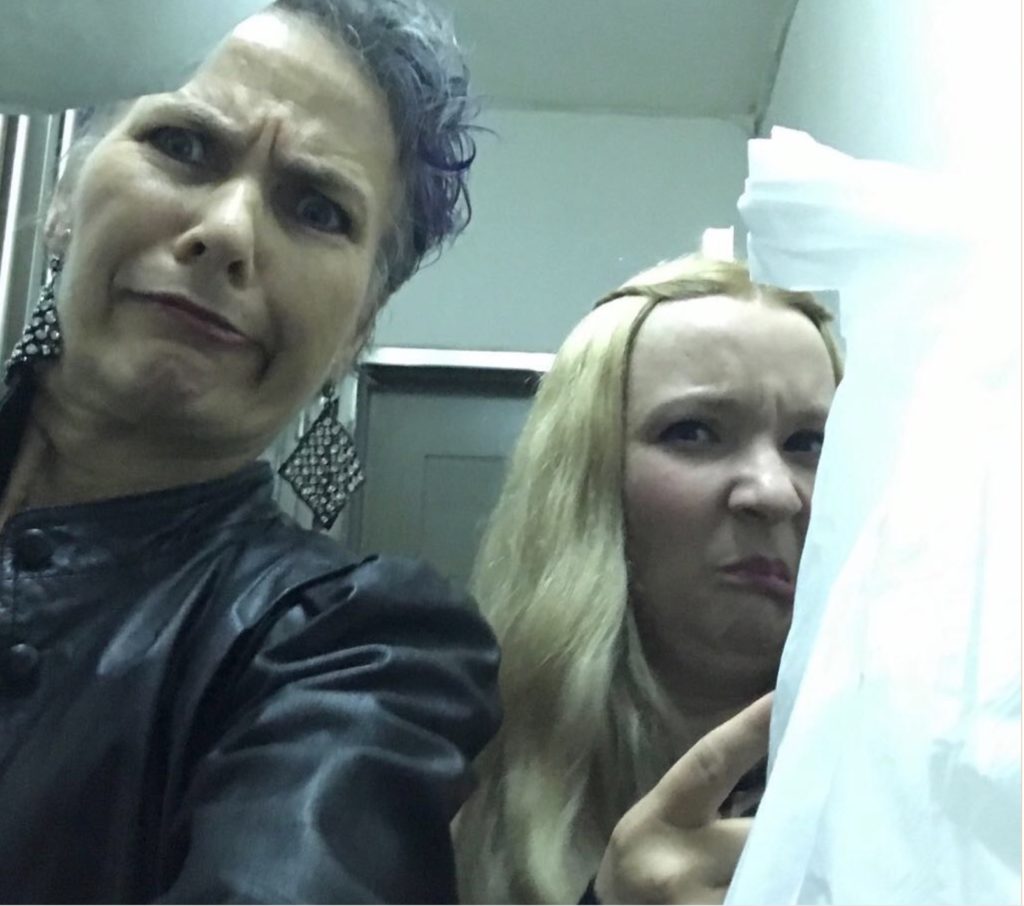 I don’t quite know how we do it, but whenever U.K. harpist ,Shelley Fairplay and I are together, we seem to get in some kind of trouble. I think it must be her fault.

In France last March, we got stuck in an elevator. Shelley was 4 months pregnant at the time and I made the mistake of saying, just after the elevator lurched to a stop, “Well, at least I don’t have to pee.” (Read more about that adventure here)

18 months ago, raiding my freezer for frozen fudge bars, we stumbled on a bottle of “Death’s Door” gin my ex- had left in the darkest freezer corner. Before I knew it, the bottle was empty and I’d published an epic (and incomprehensible) profile on OK Cupid.

This time we were staying in a tiny apartment in Wan Chai – Hong Kong – with Shelley’s husband and baby, and harpist Eleanor Turner (she, who played soloist to my conducting debut in New Orleans 2014 – See that video here).

We’d discovered a fabulous grocery store just below our flat, and we’d made our way through the excellent fresh fruit, fabulous Fuji Apples, and exotic potato chips, and were thinking about the Chinese wine. I’d been eyeing an unusual ‘fruit’ that appeared a few days after we did, and one night I suggested we buy it – whatever it was – so we found the smallest piece and brought it up to the apartment.

It was shortly after we got back that I smelled gas. I distinctly smelled gas. Which was odd, because the apartment was entirely electric. But the smell of gas was so strong, that I tore out into the hallway, and rang the neighbor’s bell to see if they smelled it, too.

I don’t take potential disasters lightly. We’d already checked the escape route – the stairs. They got you to the ground floor, but at the cost of wading through 14 floors of peoples’ garbage, so I wasn’t keen on an emergency exodus, but I really smelled gas.

That’s when Shelley said she, too, had smelled gas in the elevator. Then I noticed the smell increased as I passed the table. That’s when I took a closer look at the ‘fruit’ we’d brought home, stuck my nose next to it and – no question – that’s what smelled.

“This has gone bad,” I said “Way bad,” We all agreed and threw it out.

“But I wonder …” Shelley’s husband, Richard, said. “I wonder if it’s that smelly fruit.”

“What smelly fruit?” I said.

“The world’s smelliest fruit,” he said.

So we looked it up. This is what we found:
https://www.youtube.com/watch?v=og5e6wLIU18
http://justcookit.blogspot.hk/2008/08/feeling-fruity-durian.html

And sure enough, that’s exactly what it looked like.

That’s when Shelley said, “We have to get more. We have to try it.”

It was this attitude that got us into this tiny AirBnB in China in the first place. It’s just part of what I admire about Shelley. Also what scares me.

But … no. I’ve had it with bad food experiences ever since I was forced to eat avocados at “Nature Music School” when I was 4.

So I nixed a Durian encore. But Shelley, once determined, is not to be dissuaded   And that’s how we ended up, 4 nights later, with another batch of Durian. I will admit I tasted it. I will tell you that there is nothing good about it and if it’s an acquired taste, it’s not one I want to acquire.

We threw it in the garbage. Once again blocking our own escape.

Two nights later we tried the Chinese wine. I think it might have gone well with the Durian, but we’ll never know. And I’m fine with that.