Loneliness of the Long-Distance Composer

Last night one of my childhood dreams came true.

And I wasn’t there. 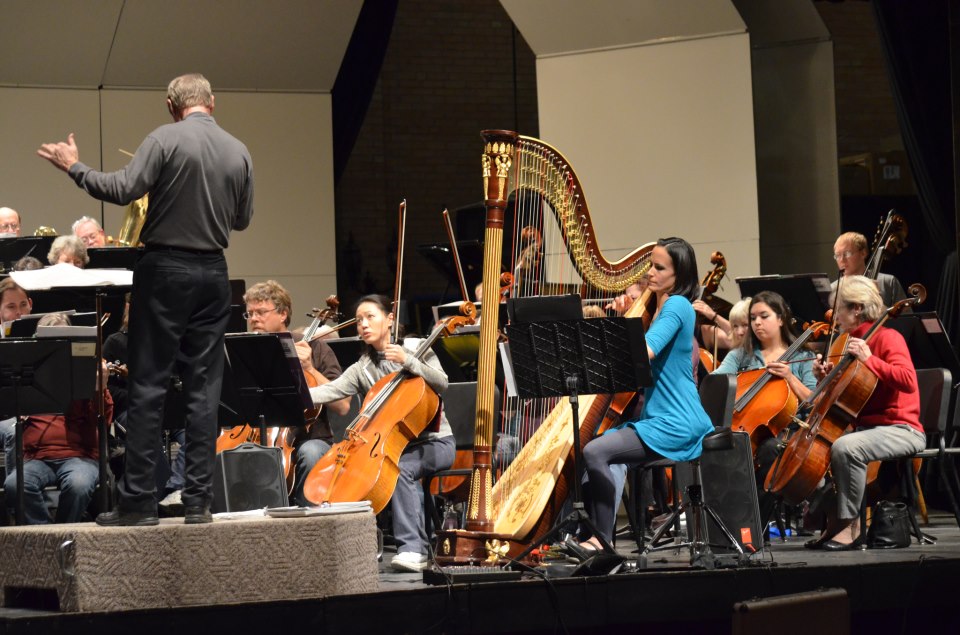 It happens all the time – but I knew about it this time.

This is part of the loneliness of the long-distance composer – or anyone who creates things that other people bring to life: our own art crowds us out of the picture it fills with itself.

Every parent feels it.  Every composer feels it.  It’s the human experience that is the same, no matter how different the things are that we do with our lives.

Last night a young harpist in Colorado stepped on stage with a symphony orchestra and after months of practicing,  played my harp concerto “Soñando en Español.”

The first person to ever play the full piece besides me.

Until that moment, the piece was mine.

As a performing composer, I often think of myself as a living tutorial. Maybe that’s one reason I’ve always felt so safe on the stage.  I never think: “I’m performing this piece. I always think, “if you were to perform this piece, you’d do it like this!”

And last night, Elise Helmke sat down at her harp and performed my concerto … “like that” … and more.

I watched her develop the piece in our coaching sessions over Skype. I wrote whole new sections for her and watched her taking ownership the piece during those months of practice.

And as I hear myself say “during those months of practicing” I think: no, those months are not the salient detail – -they’re just the means.  In those months she became the player of that piece.

And even that’s not correct.

She and the piece are no longer two separate things.  It’s like a backwards pregnancy.  It is as if … through months of practice, something outside of her became part of her.

And I know that last night when she walked onto stage, and sat at her instrument, and raised her hands to play the notes — she was no longer playing my piece – she was playing her piece.

So welcome to the world … and fare-thee-well, my Soñando.  You’re now in new hands.