When I was a Prescription 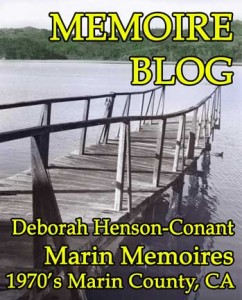 I worked in the West Marin Medical Center as a receptionist for doctors Whitt, Sokolosky and Kozinki from the time I was about 17 until I was 19 or 20. It was the only time in my life that I had a real job.

I was the one who sent out the monthly bills, a time-consuming process involving an immense photocopy contraption, and tissue-like heat-responsive paper that had to be meticulously entered for each copy.  It had all the headaches of today’s tech, plus fumes.  But I’ve always been a machine-lover, and hungered to do things that require timing and dexterity.  Photocopying the monthly bills required both.  Also extreme patience – because it took hours.  And then we had to mail them.

But that’s not what this story is about, as fascinating as it is to revisit the photocopier of my youth (I’m not being facetious).

And these photos are not irrelevant wallpaper … 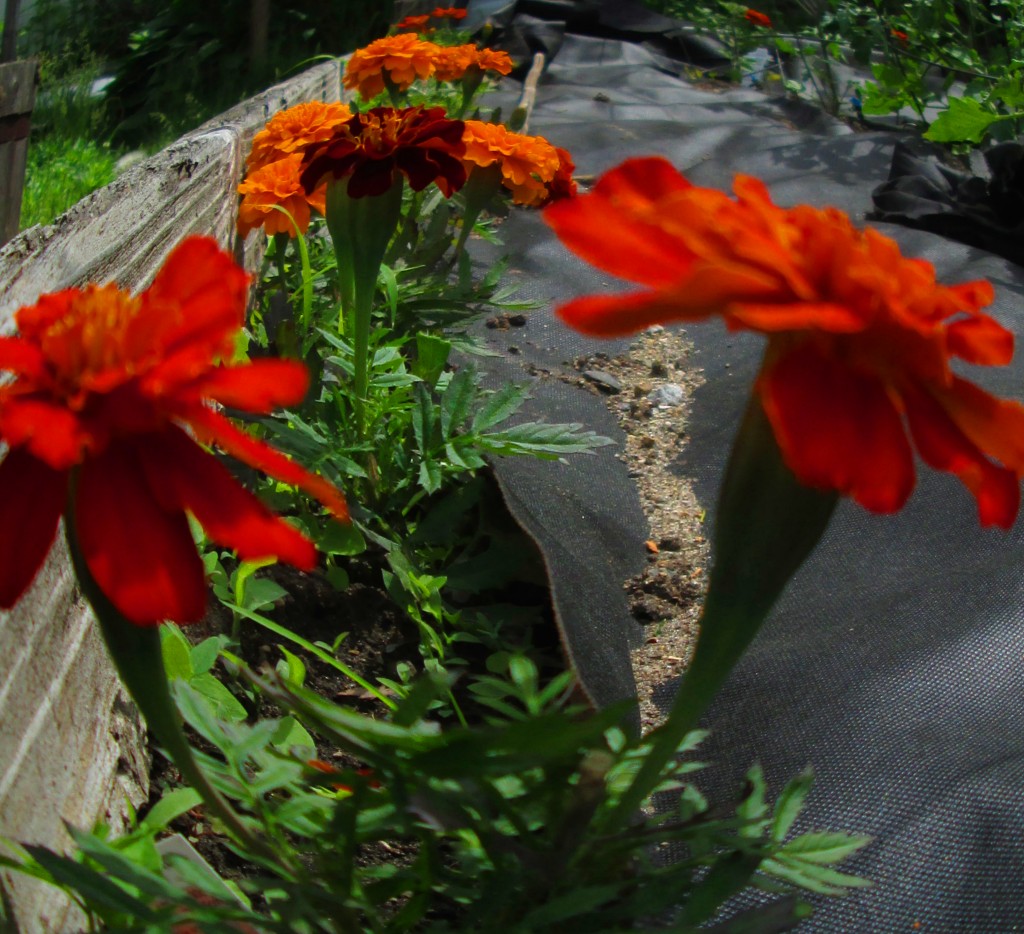 A platoon of marigolds guarding tomatoes

One day, Ed Kozinski told me that part of my job would forthwith involve going to visit his patient, Ernest Grandi, once a week.

Kozinski said that, despite his many medical complaints, there was nothing wrong with Ernest Grandi at all except for sheer loneliness, and Kozinski was prescribing me as part of the cure.  He’d add an hour to my paycheck each week for that visit.

Ernest epitomized the word ‘dour.’  He lived up on ‘the hill’ in a house that was suspiciously well-maintained, with an old powder-blue truck that had no touch of dust or grime on it anywhere.

And he grew marigolds.

I hated marigolds. Hated them. I once had to grow a marigold, when I was 10, as a mother’s day present. Had to grow it from a seed and smell its pungency, and hide it in the basement and give it as a present that I knew was a paltry excuse for gift.

So I wasn’t keen on the marigolds. 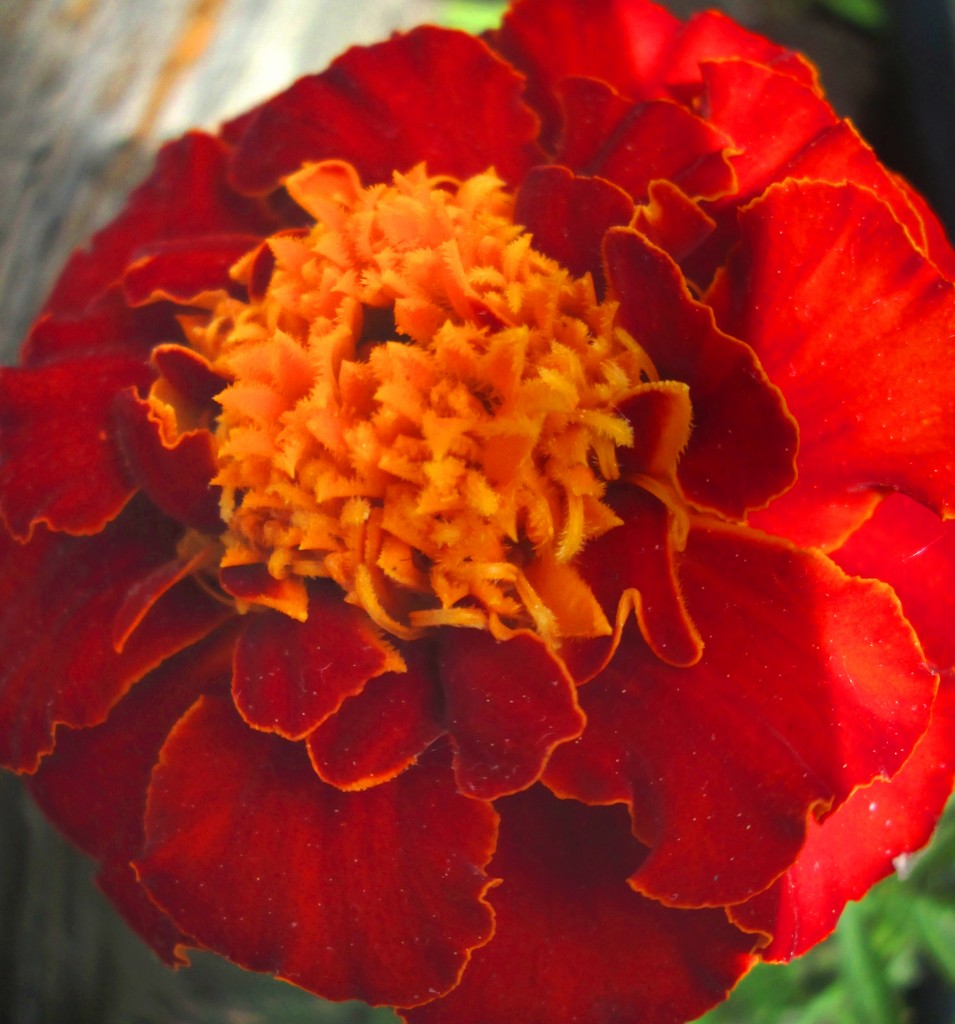 Closeup on marigold, with petals and pestles

The back-end of Ernest’s driveway was covered by ranks of industrial grade steel tables on which were laid out hundreds of containers of marigolds, shifting in color from lighter yellow marigolds towards the back to multicolor-reddish ones towards the front. They weren’t in the ground.  They were all in containers.

I didn’t ask about them because I didn’t want to know, so I can’t tell you more, although now I’m curious about whether he sold them … or what.

Ernest invited me in – though, in retrospect, I don’t remember why.

And it just occurred to me now as I write this, that for all I know, Kozinski told Grandi that the only thing wrong with me was that I needed a stable grandfather-figure.

In any case, I visited, sitting in his terrifyingly clean livingroom which had venetian blinds on all the windows.

And Ernest introduced me to his main hobby after marigolds, which was train wrecks.  He had piles of pictures of train wrecks. He’d bring them out in boxes and knew the story behind each one.

Ernest told me he had once been married. I got the impression it was for a very short time and that his bride had died suddenly and unexpectedly.  It never occurred to me ‘til now that it might have been a train wreck.

I don’t remember how many times I visited Ernest Grandi, or when or why I stopped, but I do remember the last time I saw him.

It was sometime after I’d left Pt. Reyes to go study at U.C. Berkeley.  I’d come back for the annual Livestock Weekend Parade and I saw a pristine powder blue truck pulling up the back of the parade.  The truck bed was filled with hay-bales and white-haired people laughing and waving, and a sign saying it was the official float of the Pt. Reyes Seniors.

It was Ernest.  He was driving his truck slowly through the parade, leaning his left arm on the window.  And I’m pretty sure he was almost smiling. 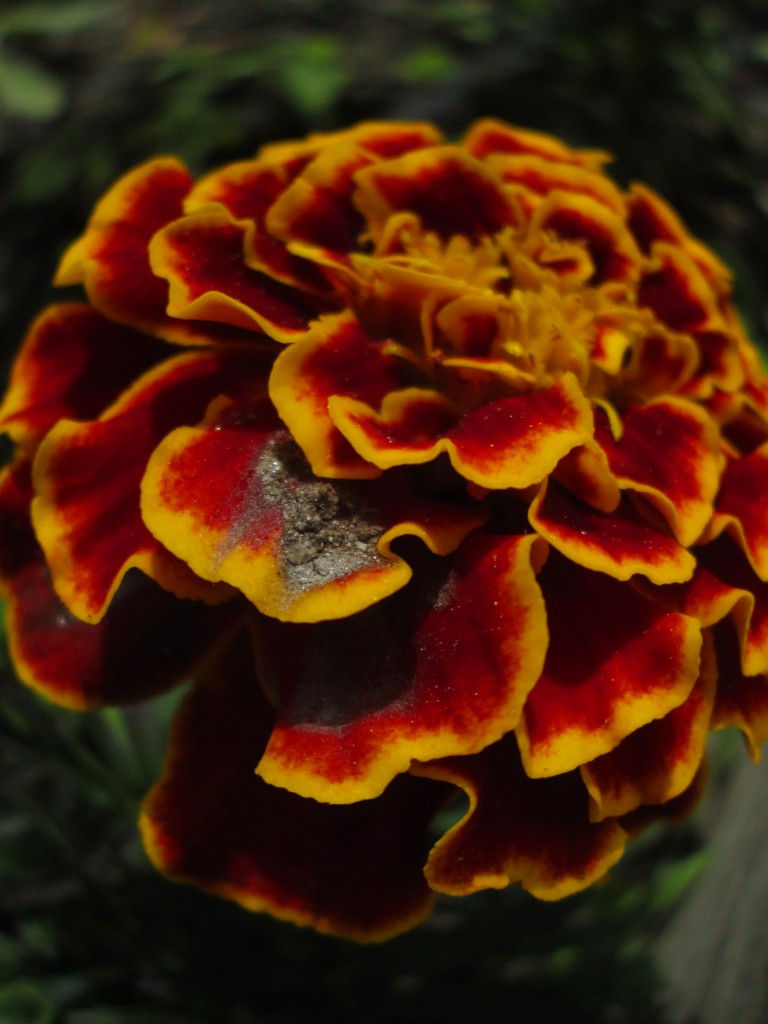 Marigold with dirt (from my garden)

Somewhere, he must have found the right medicine.

And me … some years ago, when I finally bought my own house, I planted tomatoes and learned that marigolds are the”helper flower” for tomatoes.  They protect them from bugs and varmints.

So, with heavy heart, and holding my nose, I planted marigolds.  All around my tomatoes.

Every time I see them, I think of Ernest Grandi.  I see his ranks of flowers in my mind, and mine with my eyes. Sometimes I tell myself a ridiculous joke: “Ernestly,” I say, “They are the Grandi-est flowers.”

But guess what?  A few weeks ago I got an email from one of the nurses at the old West Marin Medical Center.  She’d chosen Fri. June 21st, 2013 as the first-ever reunion date for the 1970’s-era personnel.  At first I thought it was a joke – that they’d planned the party around my show the following night (which shows how egotistical I can be) — but no, she had simply chosen by accident the one day this decade that I could get to that party.

Did I go out and buy a lottery ticket that night?  I thought about it, then figured – how much luckier do I  need to be than to get to be at that party?   Who knows what they’ll prescribe for me this time!

I’m performing Sat. Jun. 22nd, 2013 at the Pt. Reyes Dance Palace – where I gave my first-ever solo concert nearly 4 decades ago – just down the hill from Ernest Grandi’s old place.