I recently learned something that completely changed my relationship to a skill I was trying to learn. 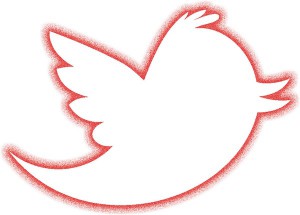 (where I’m known as feeling like I had to say something brilliant.  I described it to people who I’d ask for help as a kind of “stage fright’ and often they’d pooh-pooh my experience, since I’m basically fearless on a concert stage and therefore something as simple as Twitter should be easy for me.

These people would give me techniques for organizing my tweets.  They’d tell me the five (or 3 or 7) kinds of essential daily tweets I should make. Blah blah blah.

I’d taken courses, read ebooks, done research, created databases, tried to just make myself do it – and I just couldn’t feel comfortable with Twitter.   It felt like a painful, obligatory ‘chore’ that I was really BAD at.

Then, a few weeks ago, I heard a podcast with Gary Vaynerchuk and Pat Flynn (I download Pat’s “Smart Passive Income” podcasts and listen to them when I run) – and somewhere in the middle of the interview, Gary said something like “Well, Twitter is all about listening” – as if that was a given, that everyone knew.  And – BING!

I thought, “Wait a second, here.  I KNOW how to listen!  That’s something I really know how to do.”

And the whole experience changed for me.  I’d found my “Way In.” My wormhole from where I am right now into a dimension that was, until this moment, inaccessible.

Everything else in the interview was interesting but went by in a blur – yet this one statement hit home.

This was the “way in” I’d been looking for — but I was so lost, so out-of-my-context, and felt so alien in the environment that I didn’t even know there might BE a ‘way in’ for ME.  I just thought this was something I wasn’t GOOD at and that’s why I felt so uncomfortable with it.

As adult learners, while it’s important to learn ‘new’ skills and concepts, it’s even more important to find our wormholes, the shortcuts between the two dimensions of What-we-deeply-KNOW-how-to-do and What-we’re-trying-to-do-RIGHT-NOW. 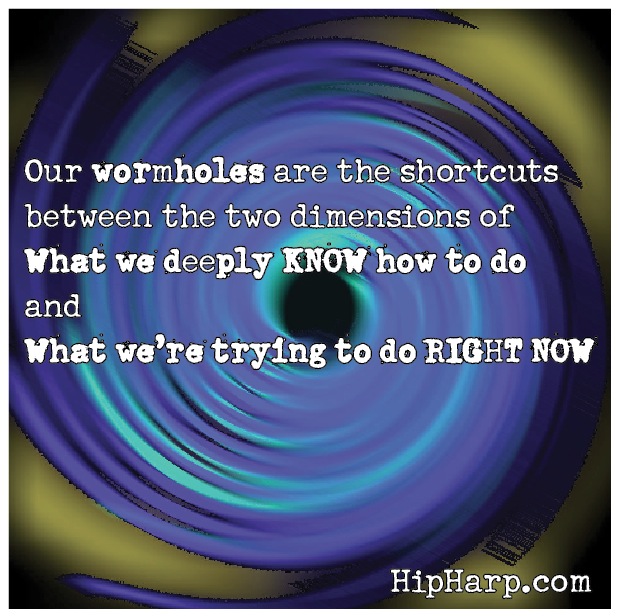 And I needed to be fluent enough with the mechanics to be able to step into that wormhole when it showed up.

So … I said to my students:

And meanwhile … just focus on getting fluent at as many of the techniques, skills and ideas you’re comfortable with so that when you stumble on your wormhole, you’ll have the facility even if it’s a very simple, rudimentary facility – to step inside.

Now all I do is listen-and-respond — the thing I’ve spent my life doing as an improvising musician.

And the weird thing is — it’s really FUN.

*Addendum:   This post started as a note to my “Hip Harp Toolkit” students this morning about  how to find their own way in the course material … and then it took off into another dimension.

By the way, from this post I also learned that: