My Favorite Aunt – A Music Video for Mother’s Day Eve

My mother’s kid-sister, Gloria, has always been my hero. My cousins and I fought over her, bragged about spending time with her, and tormented each other with presents we got from her – as simple as a matchbox.

After my mother died, I declared the night before Mother’s Day as “Aunty’s Eve.”  This 90-second Music Video is called “Favorite Aunt.”

In the 1980’s my aunt let me live with her in her in her studio apartment in NYC, even though I can sometimes be a total slob.  I wrote chamber music for her, and made her the star of my musical “The Zero Club.”  When I would get out of control, she’d look me in the eye and say “Down, Deborah!  Down!”

She’s my Aunty-Hero, my muse, my inspiration and my cohort. 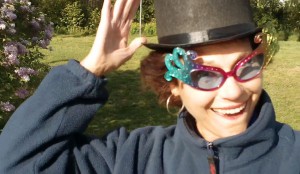 Do YOU have a favorite Aunt?  What do you love most about her?

This is a 90-Second Music Video with my song “Favorite Aunt,” which was featured on an NPR show about Aunts.  I wrote the song in 2007, but finished the video in 2014 with the help of video editor Abigail Miller.  (Thanks Abbie!!)

Want to know more about my favorite aunt?  Here’s her website.

(p.s. *In keeping with the Fairness Doctrine and Equal-Time Rule … I also adore my “Practical Aunt,” Aunty Elaine – but she never drove a motor scooter, sang opera or wore capes.  She did teach me how to filet Watermelon and other practical tasks … but that’s a different song) 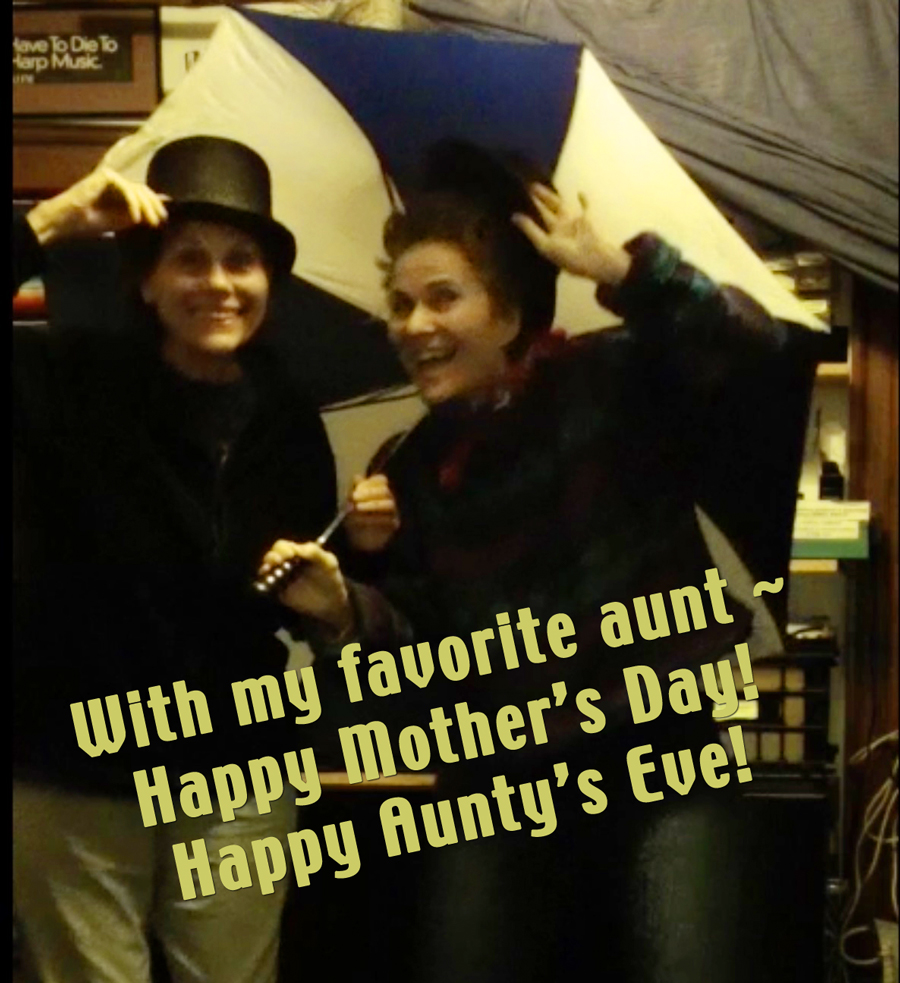 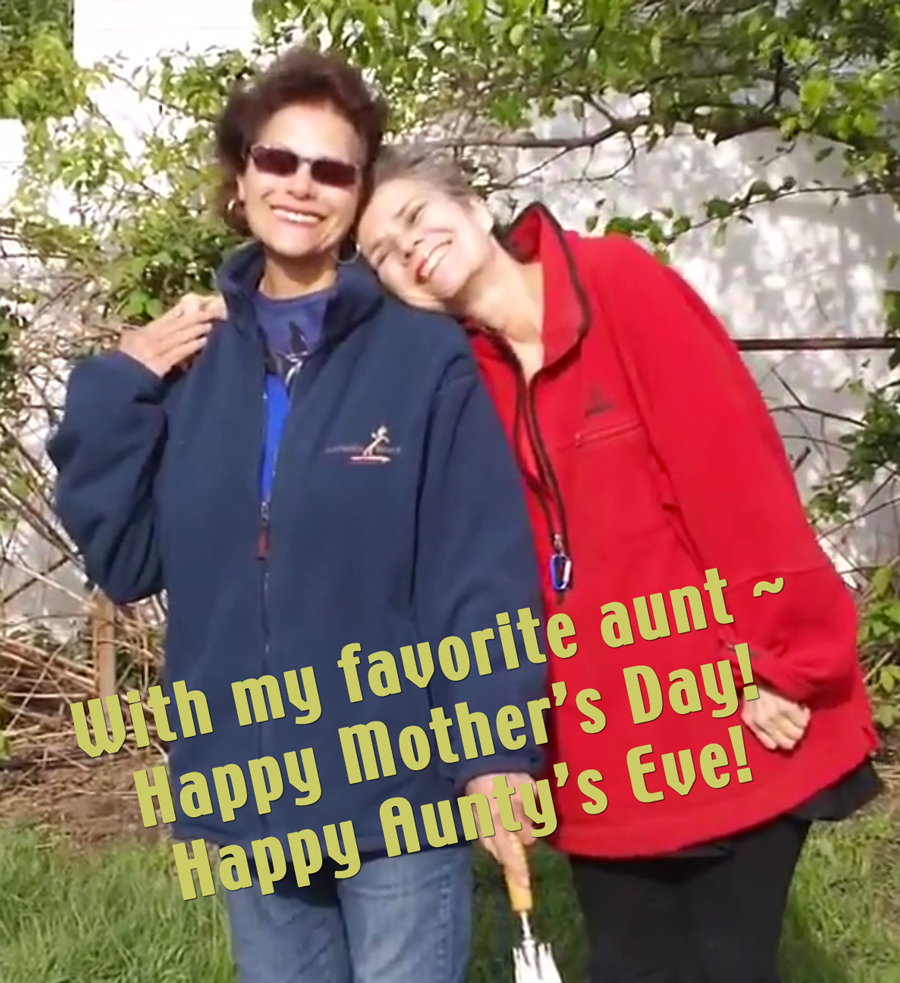 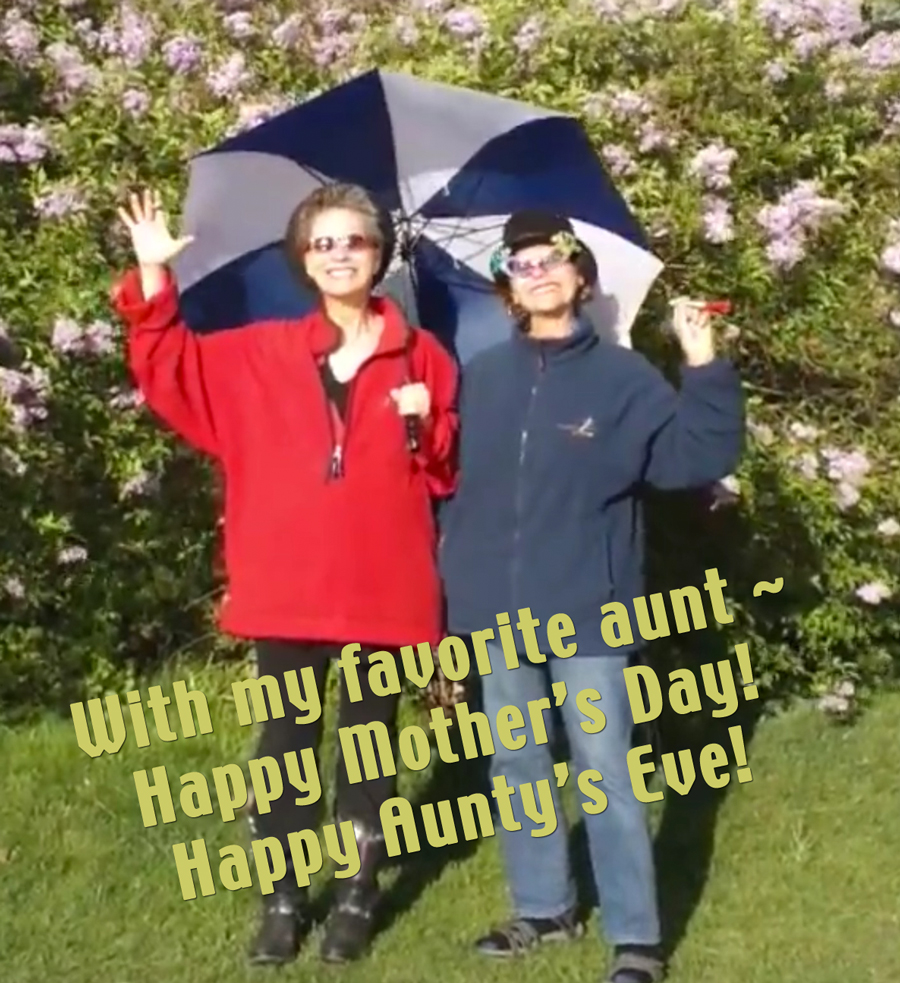 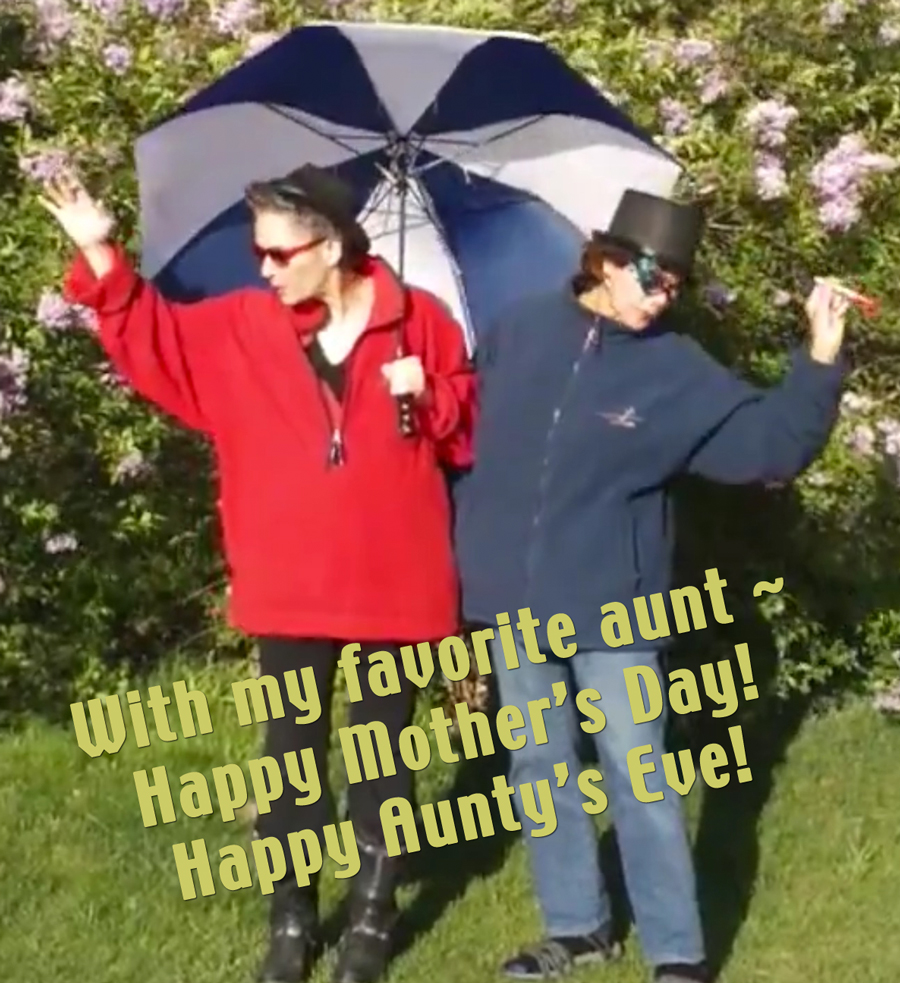 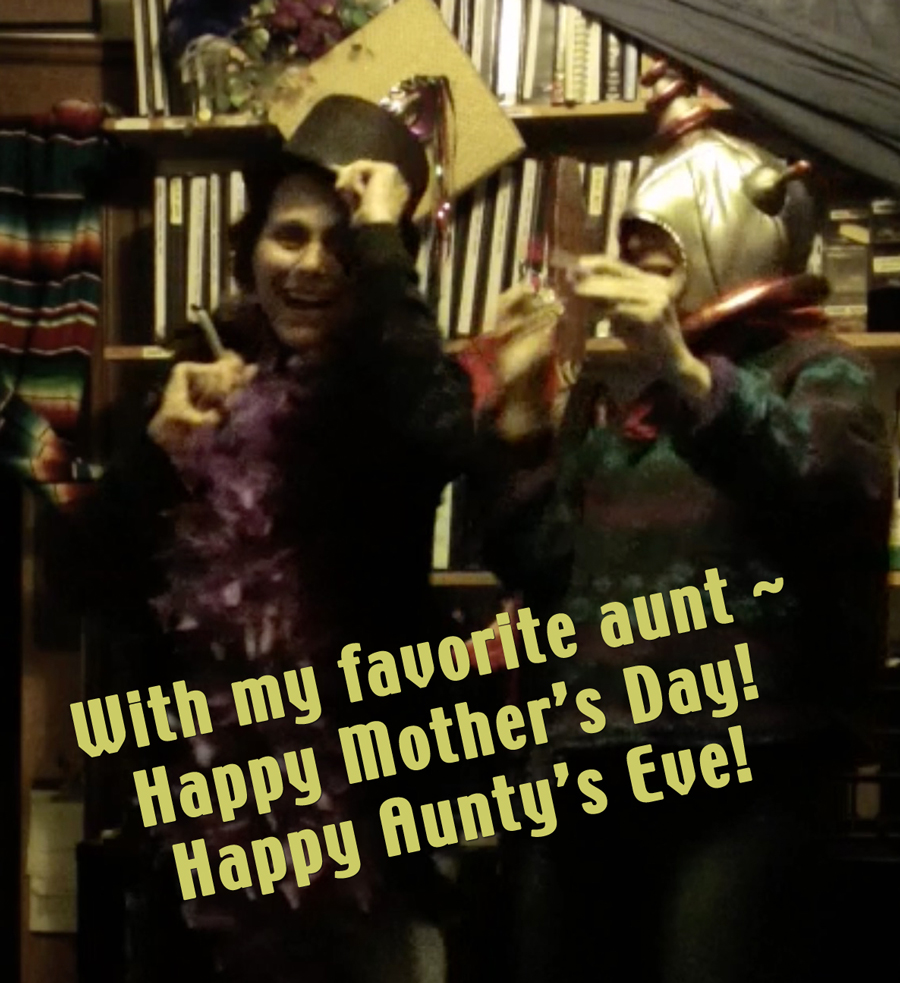