Refresh Your Page for Updates

This is a page I made specifically to show those people interested this show what we’re doing to prepare it to come into the world as a video release through the “Streaming Musicals” platform. This is a secret page. If you want to share it with friends, send them to the Golden Cage Musical Home Page to sign up.

What is "The Golden Cage"?

“The Golden Cage” is a musical fable about the powerful illusions we trap ourselves in, and how they forge our reality as if it were iron and stone. It’s also about how we can find freedom from that cage we’ve created.  It’s a two-person, one-set musical by me, Deborah Henson-Conant.

It was filmed in April 25, 2022 during 5 live performances at Theater Row, Off-Broadway, Directed by R. Lee Kratzer, with musical direction by Nevada Lozano and starring two powerful new talents : Chris Isolano and Maddie Allen.  It won awards for Best Musical Score, Best Actor and Most Innovative Production in the 2022 Off-Broadway “CreateTheater Series”.

Now we’re preparing to take the flight from stage to screen as we partner with the new “Streaming Musicals” platform (think ‘Netflix’ for original musicals) to distribute the show world-wide via streaming in late 2022.

And YOU are someone I want to share the SECRETS of that preparation with by sharing parts of the show we’re working on now — like the SOUNDTRACK and more cinematic ORCHESTRATION.

Below you can listen to the original piano vocal orchestration (on the left) and the new orchestration of the same scene (on the right). Remember that the orchestrations are still being developed and the the ‘mix’ between vocals, piano and orchestration is still really rough, for example, we only just got the ‘stem files’ that would let us mix the volume of the voices – so you may not hear both voices mixed the way we want them to be yet. But you WILL get the idea of what we’re adding to the sound by listening to the track on the LEFT and the same track, PLUS orchestration, on the RIGHT.

This is how the show sounded originally, in the theater

This is the same section as on the left, but with orchestration added.

This is another section of the play with added orchestration

Click on an image to see some of the new poster designs we’re working on thru the great designers at 99Designs.

Each poster idea has something very cool about it, like the bars of the cage made out of lyrics, or the beautiful golden dust in one of the designs, or the poster with the alter-ego versions of each character. 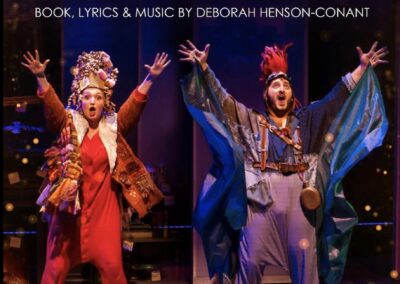 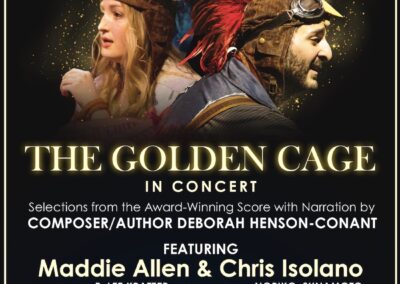 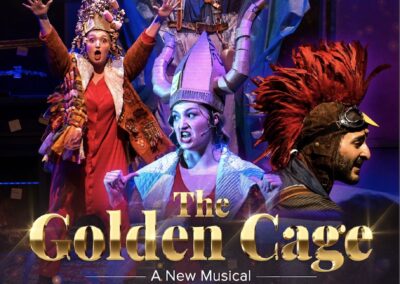 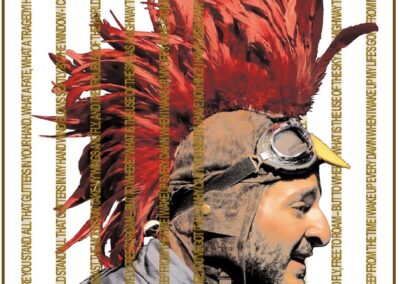 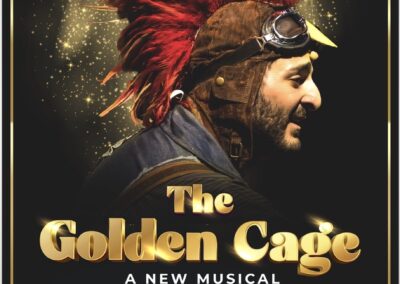