Make this your Break-Through Year
It starts with VISION – to GOALS – into ACTION!

Get the whole 5-Day Training where you will discover:

How you can literally PLAY your vision into action

You can learn an entire Improv SUITE in 5 Days!

How to connect to simple structures that superpower your goals

And through it all – the MUSIC that brings your vision alive each day!

Why Harpists Love training with DHC

“I feel so much more confidence now knowing it doesn’t have to be perfect or complicated.
— Fern Nelson (California)

“I have been sharing harp videos with family and friends which I never would have done before.” — Dilys Williams (British Columbia, Canada)

“I am much more able to just play something that sounds meditative and therapeutic to make people and myself feel good … down to the note resonance!” — Hýldi Vieira (California)

“I’ve been so uplifted throughout the whole year.” — Ruth Shepherd (New South Wales)

“I gave up on being ‘perfect’ and simply allowed myself to play.” — Vera Stern (Toronto, Ontario – Canada)

Five short, simple meditations and trainings connects YOU to the next step as you literally play yourself into action.

Deborah Henson-Conant is an award-winning, innovator and coach. She’s the recipient of a Grammy-Nomination, NEA Grant, Mass Artist Fellowship and countless commissions and private project grants.

She’s the innovator behind CAMAC’s “DHC” Electric Body Harp and compositions like “The Nightingale,” “New Blues,” “Baroque Flamenco” and “Nataliana.”

She’s performed with artists from Bobby McFerrin, Doc Severinsen and Mason Williams to rock guitar legend Steve Vai – as a soloist with symphonies from the Boston Pops to the Baltimore Symphony – and as a concert artist at the Kennedy Center, Chicago Humanities festival and countless theaters and festival throughout the world.

Visioning, goal-setting and creative delivery is an essential part of her work – and in this 5-Day Challenge she shares her system with YOU – to support YOUR creative voice in the world. 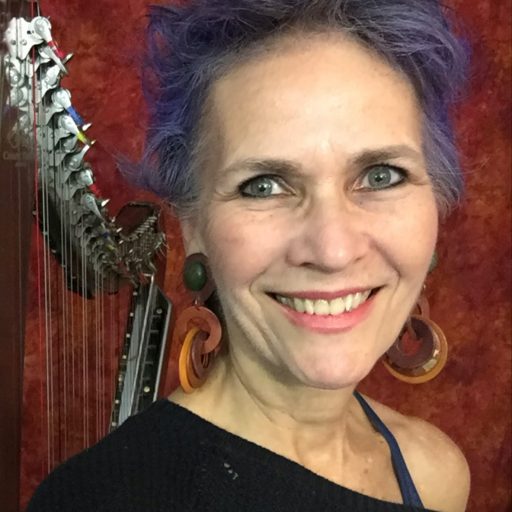