A Fantasy Musical by Deborah Henson-Conant

What if you discovered that the dream you’d spent your whole life searching for … was a trap?

Join me in the unfolding of a musical fantasy about the cages we build – and the flight to  freedom.

“Deborah Henson-Conant’s genius is on full display in her stunning musical THE GOLDEN CAGE. A musical and lyrical masterpiece, the score is deeply satisfying in its harmonic inventions that will remind you of both Sondheim and Guettel – but is truly the composer’s own unique voice. The lyrics and the dialogue are expertly woven into this two-person musical that will delight sophisticated audiences”.

“The Golden Cage” is the story of a mythical Bird-man who has quested his whole life to find the legendary Golden Cage, the ultimate symbol of Bird-man security.  Finally, he finds it, on a remote mountain peak, and it’s everything he’s ever imagined.  Except for one thing: There’s a woman trapped inside it. She says it’s made of cement and iron and that she is a prisoner.

That is the opening of “The Golden Cage.” The struggle between freedom and security is timeless, universal.  Alphea and Boris epitomize the human experience of longing for security, getting trapped in isolation, unaware that freedom comes through connection to each other – and to who we each most deeply are.

The “Golden Cage” has been selected for the new “Incubator Series” at Theatre Row in New York. The full project includes final development, 6 public performances and a broadcast quality video production.

This 75-minute, one-act, 2-character show with an orchestra of 1-3 players has open casting – the parts can be played by any gender, race, age or body type.

It’s a show for multi-generational audiences. Because of its universal subject matter, sophisticated music and whimsical characters, “The Golden Cage” is a  powerful show for many ages to see together,  giving them a common language to talk about the trap of isolation, the polarized reality of being an ‘insider’ or an ‘outsider’ — and the discovery that it’s only through human connection that we can break through to our common humanity and the glorious truth of who we most deeply are.

NOTE: This script is from a recent reading – the narrated stage directions and MP3s samples that were played are indicated in the script.

Excerpts from the Score 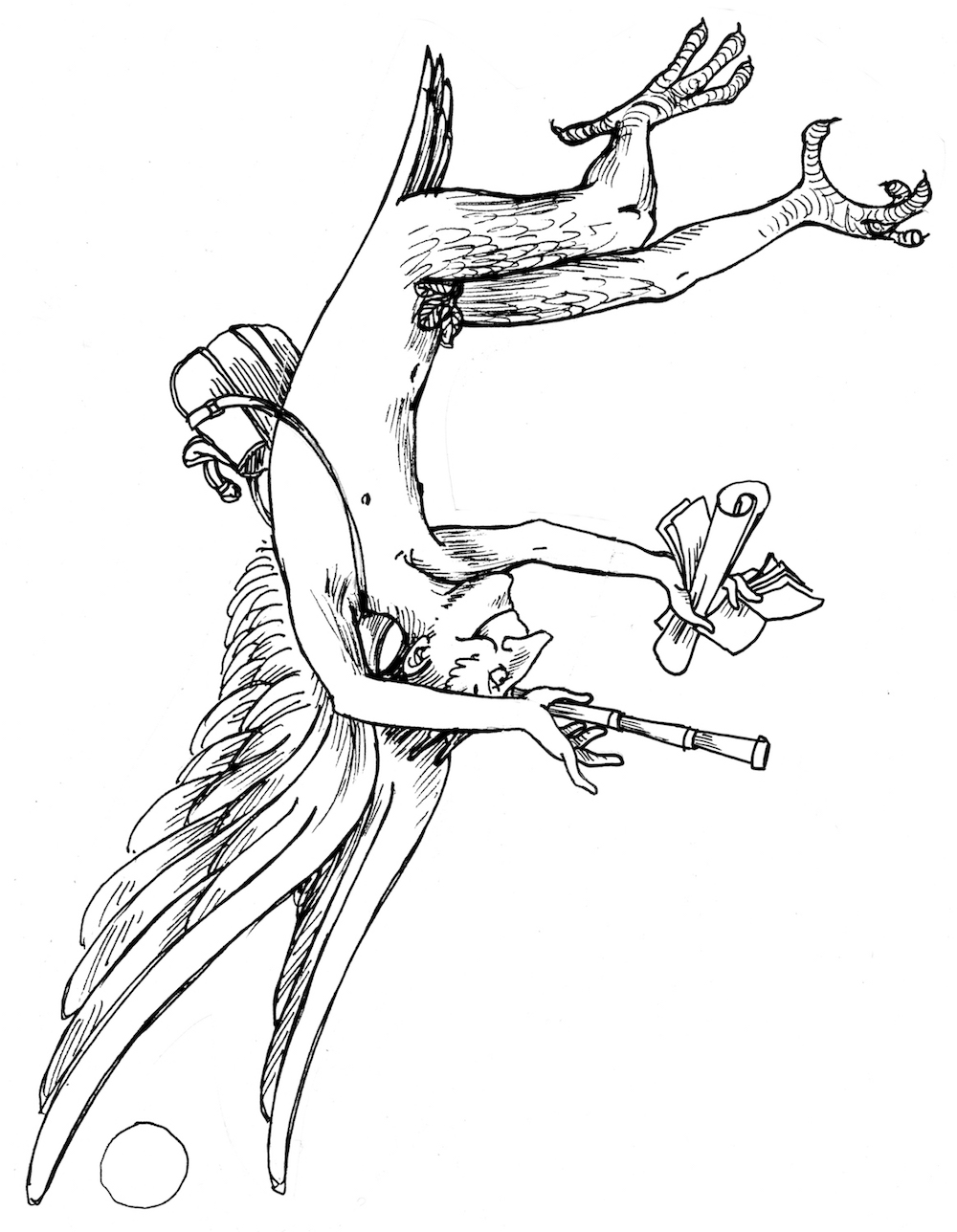 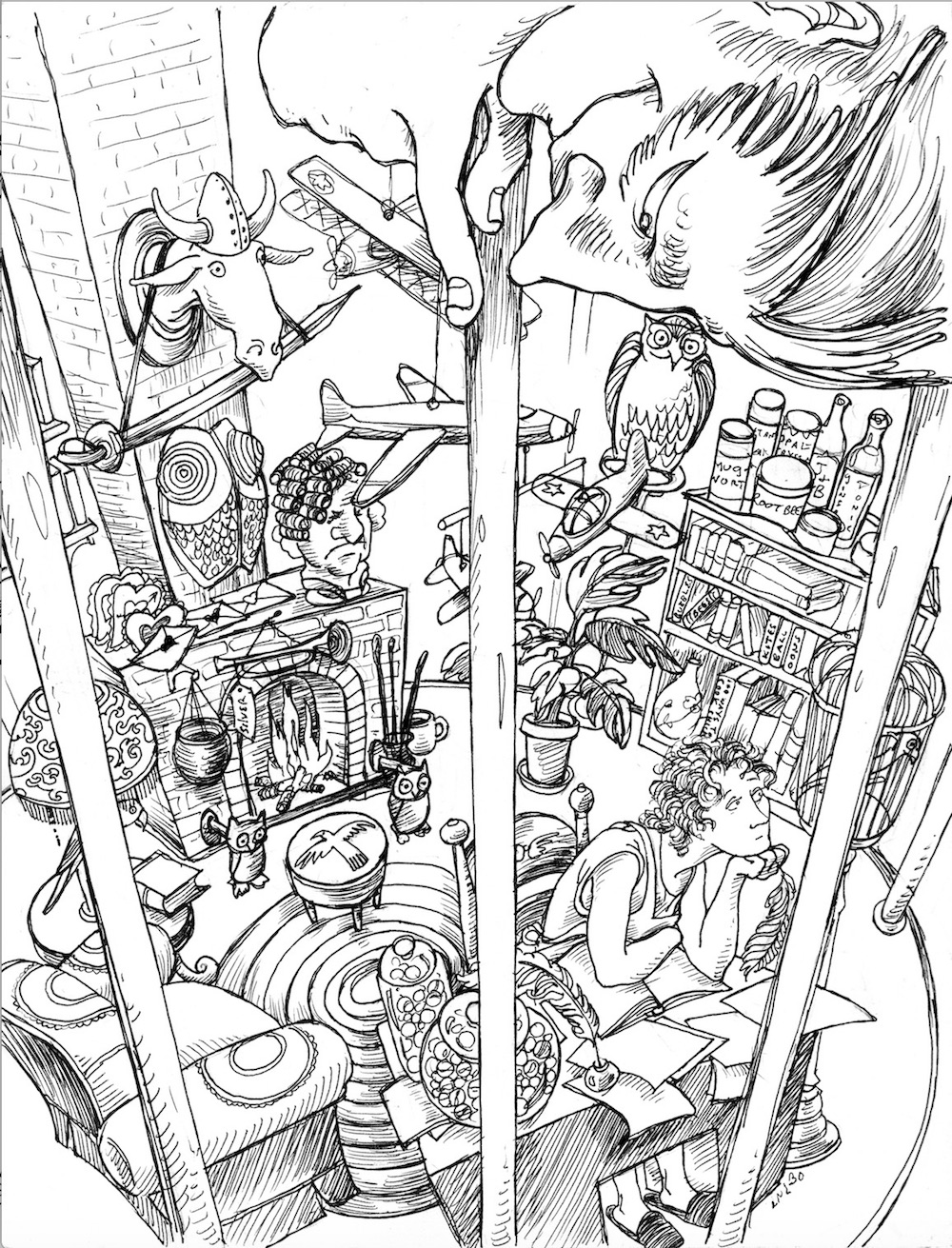 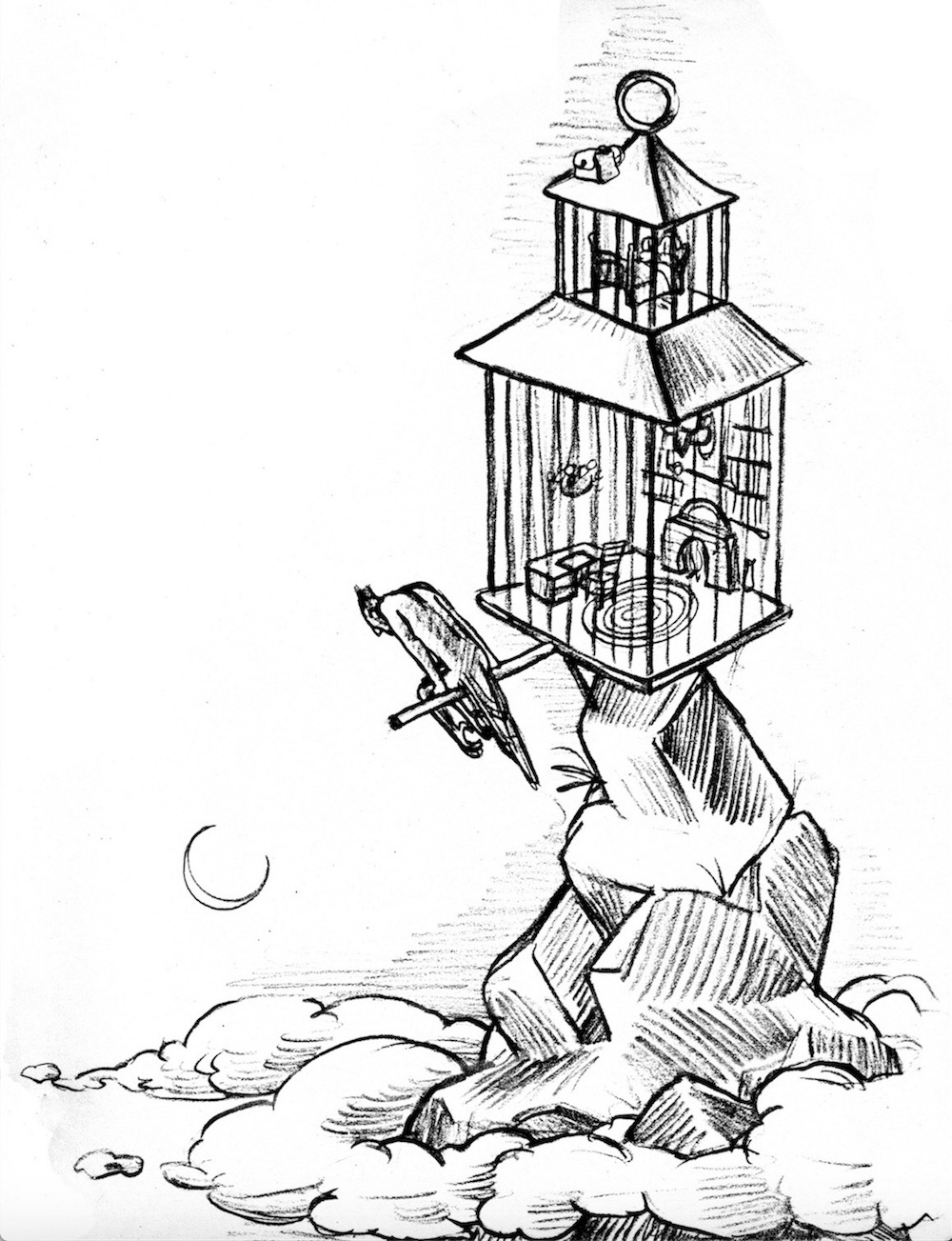 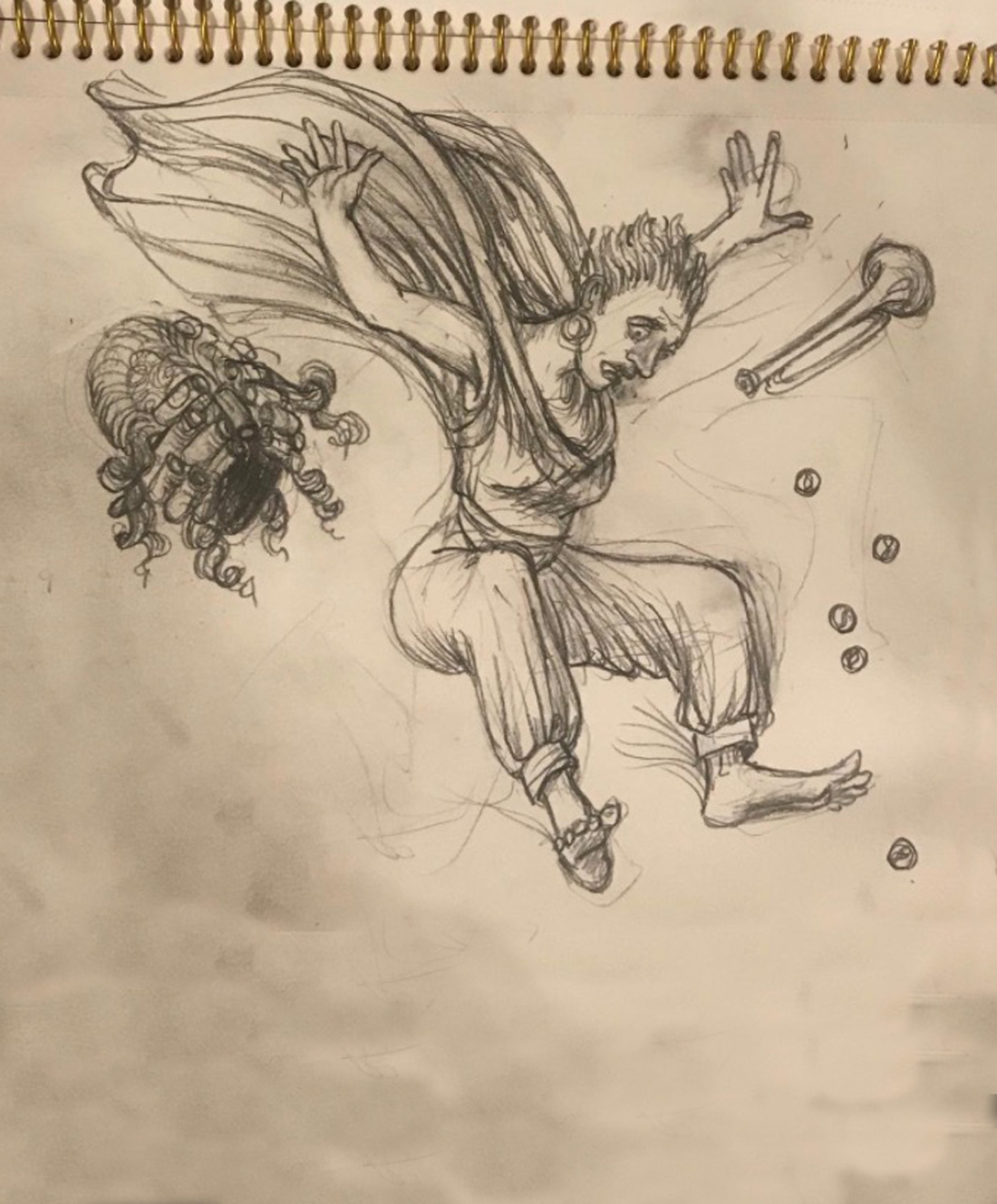 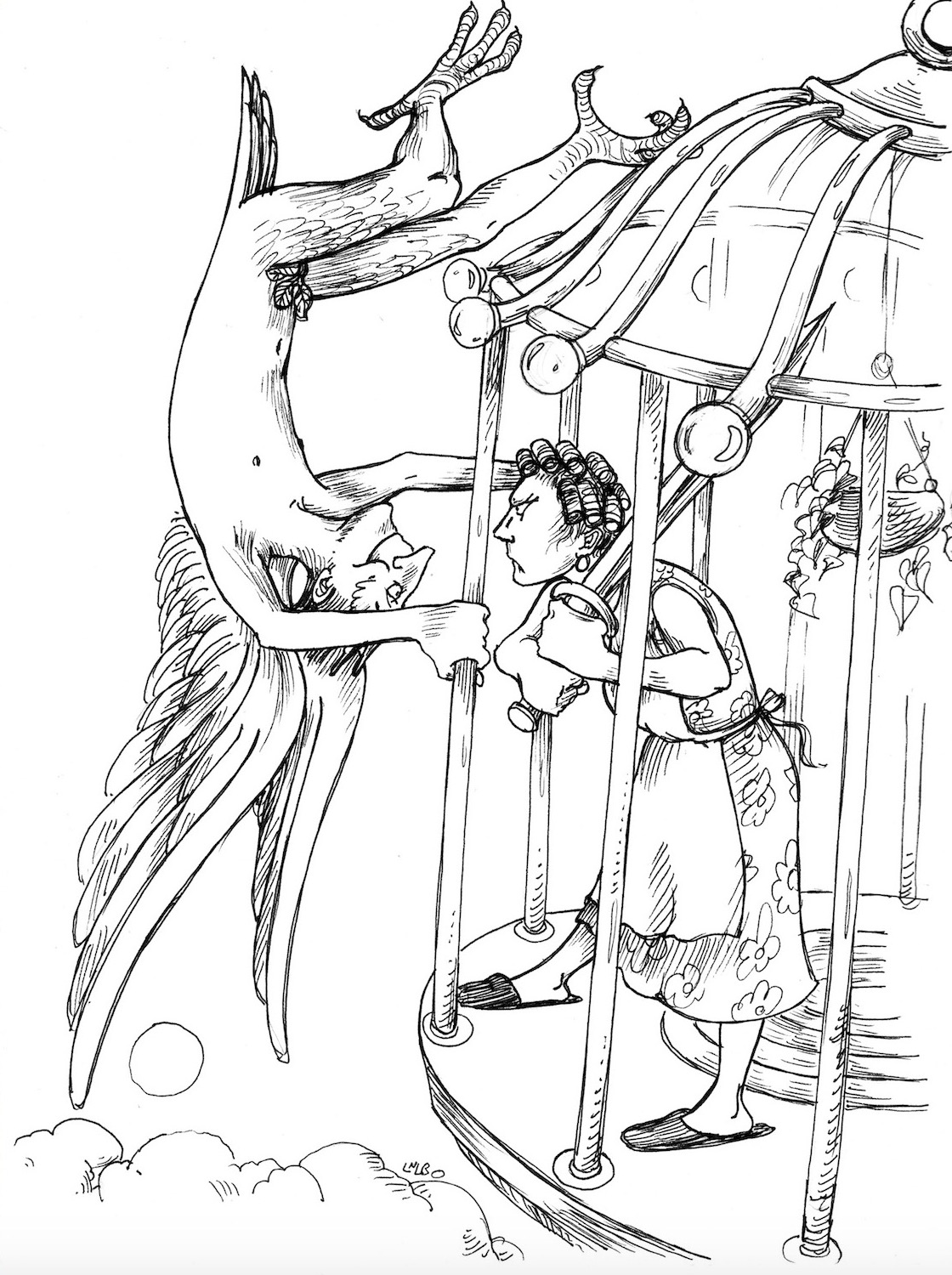 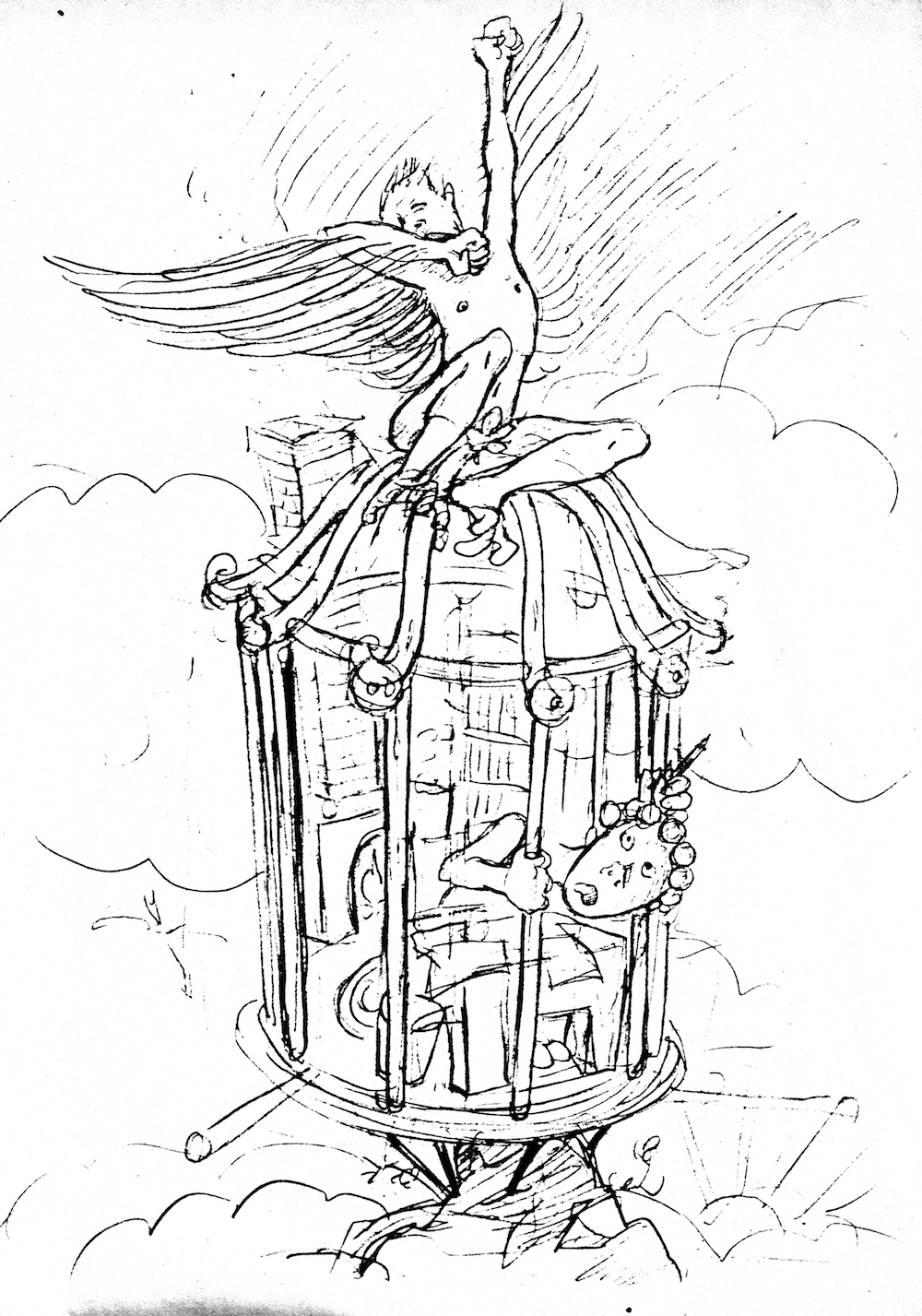 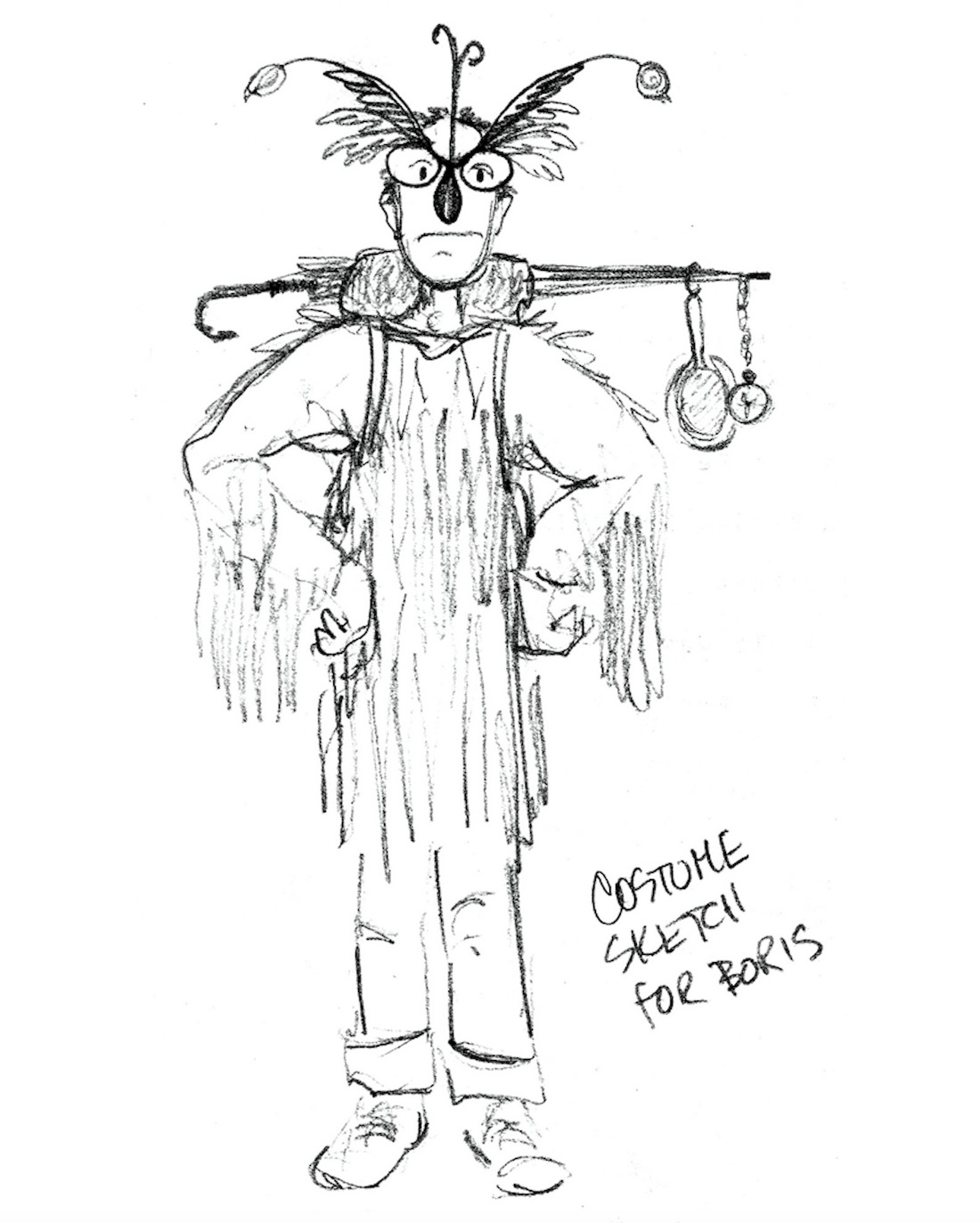 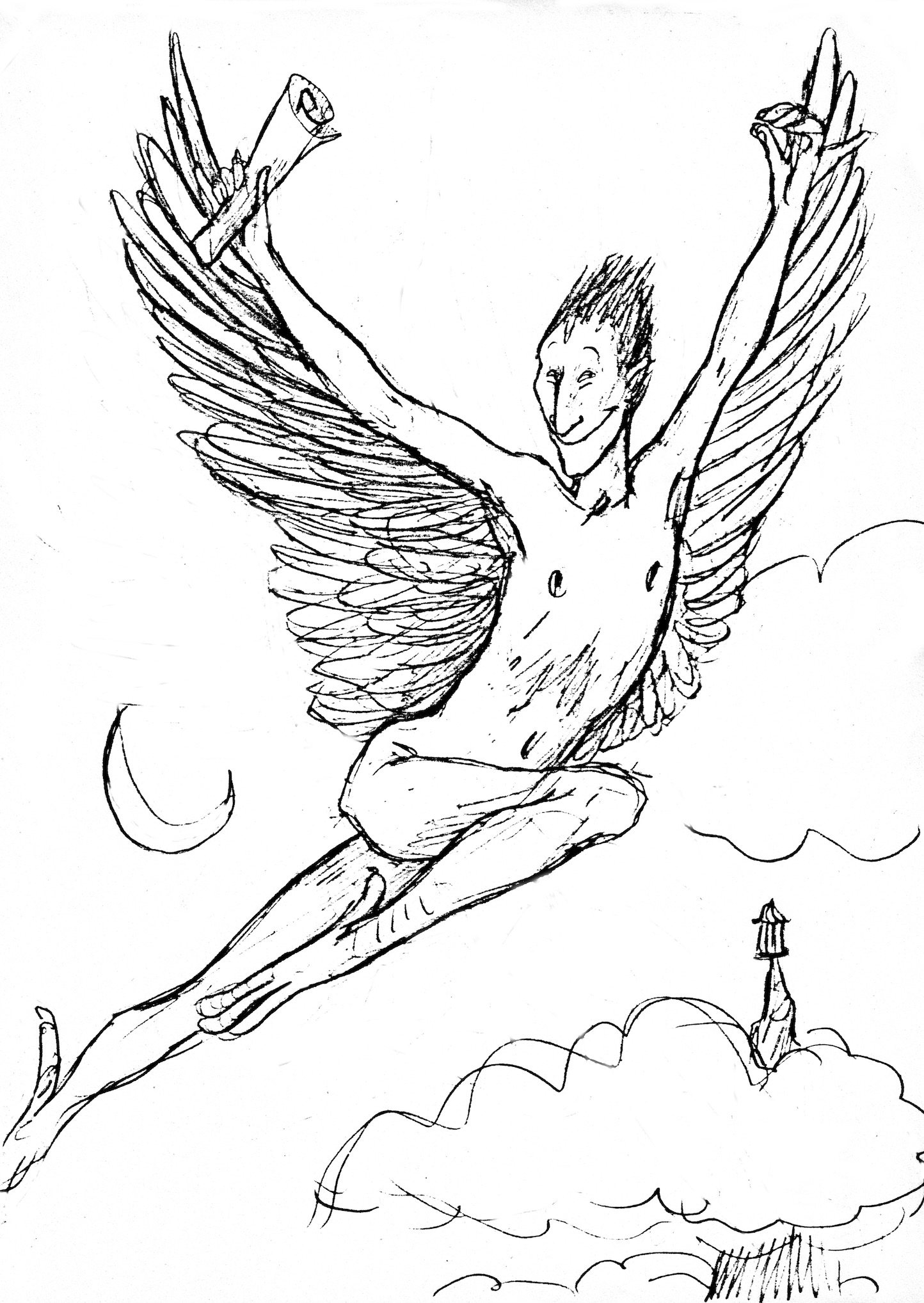 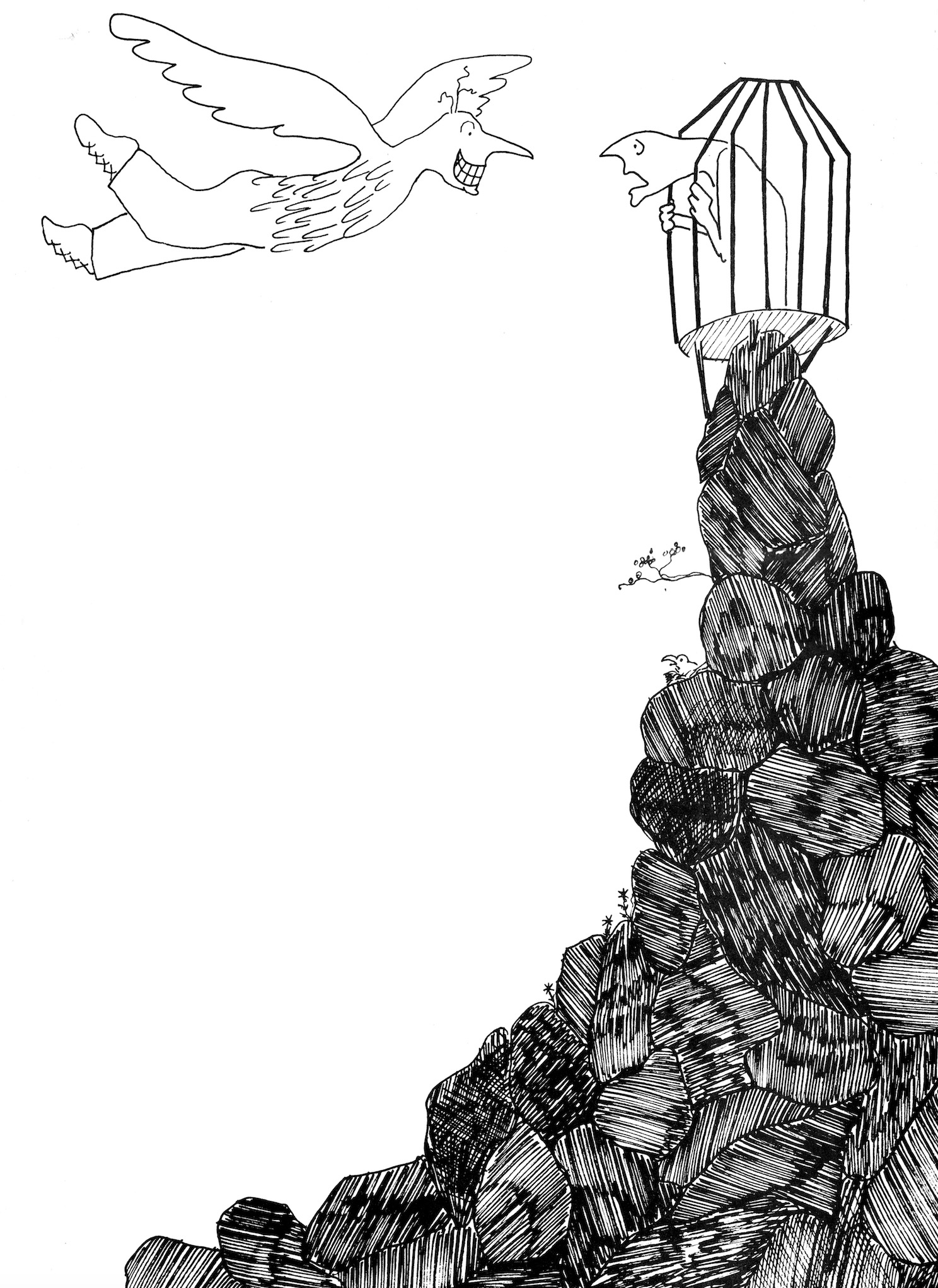 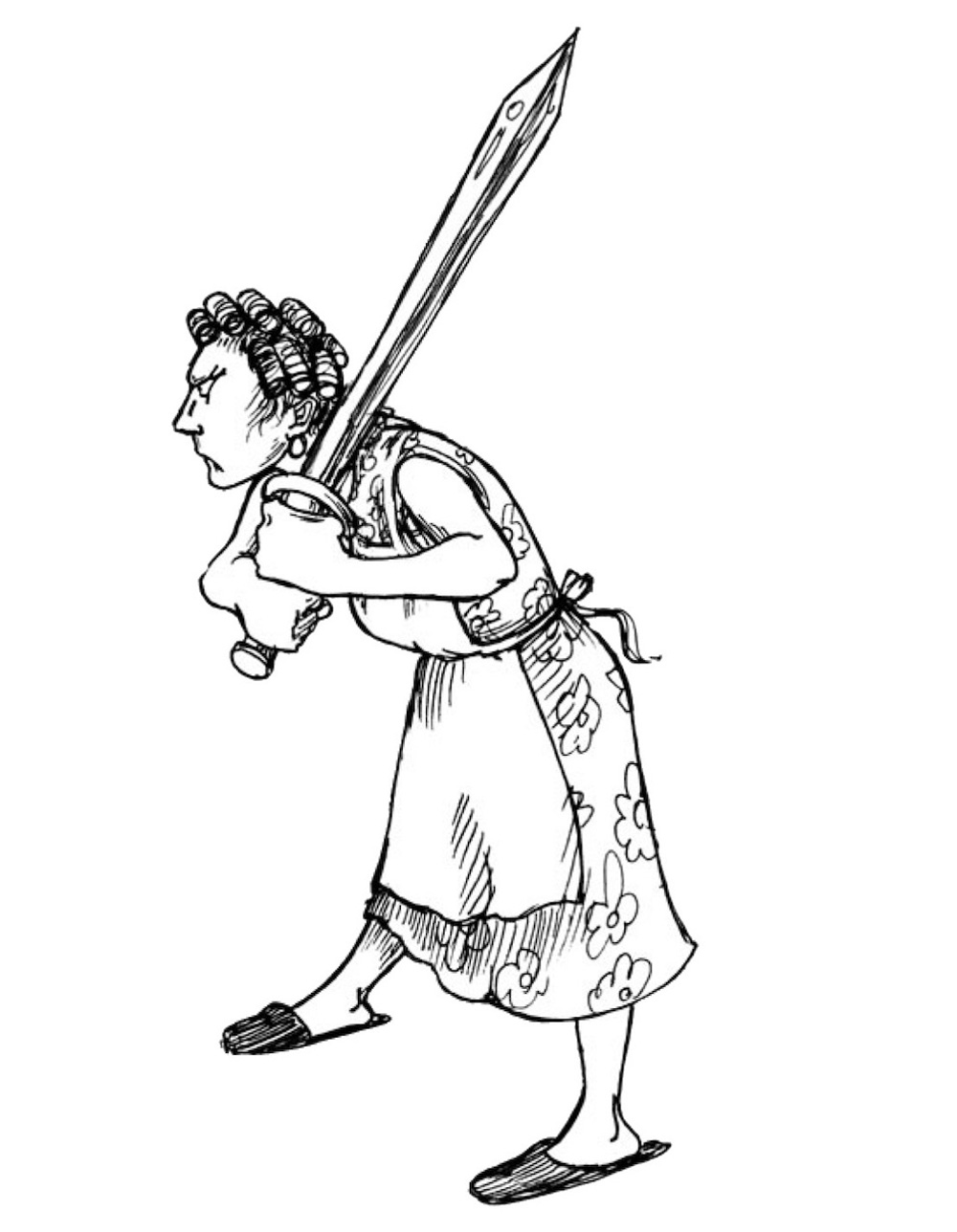 Alphea J. Simpson-Hughes is a melodramatic diva who can’t remember how she became imprisoned, and tries on different costumes to suit her mood.
VOICE RANGE: Soprano/Mezzo (or Tenor/Baritone if played by a male)
BODY-TYPE, AGE, RACE, EHNICITY: Irrelevant

Scenes from a Reading

Get a taste of the show from these scenes videotaped from a pre-pandemic reading with Teresa Winner Blume and Bob DeVito, with Tim Maurice music director & pianist.

“Humor Her Madness / Then at Last”

Realizing that Alphea is obsessed with the mystical, tragic nature of her imagined imprisonment in the cage, Boris realizes that he can use imagination to get her out of the cage – and he hatches a plan to do it.

(A Scene from a workshop reading)

Boris has nearly convinced Alphea she can escape the cave and fly, but when he breaks through the bars suddenly the cage looks completely different to Alphea – and now she wants to stay in it.

About the Show’s Creator
Deborah Henson-Conant 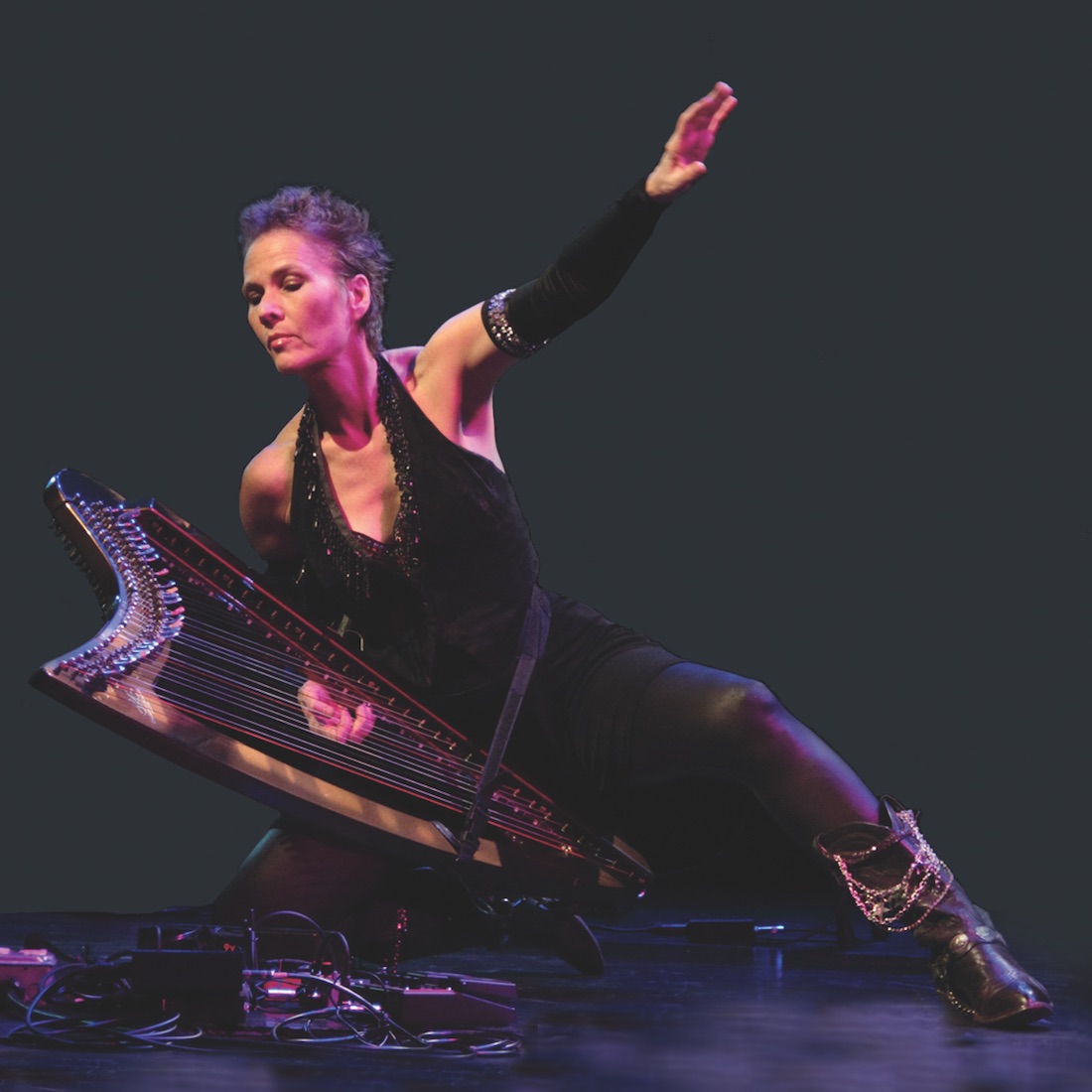 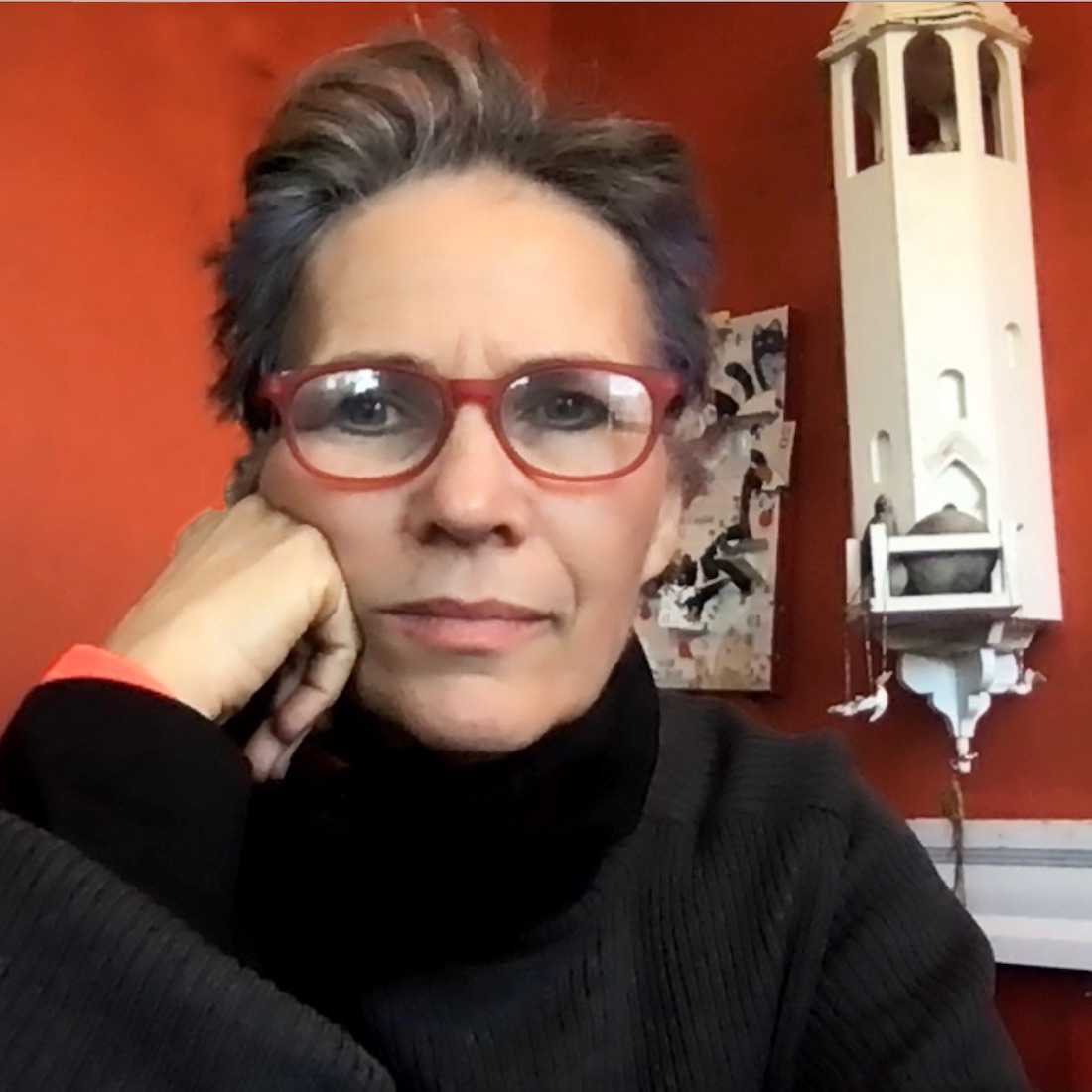 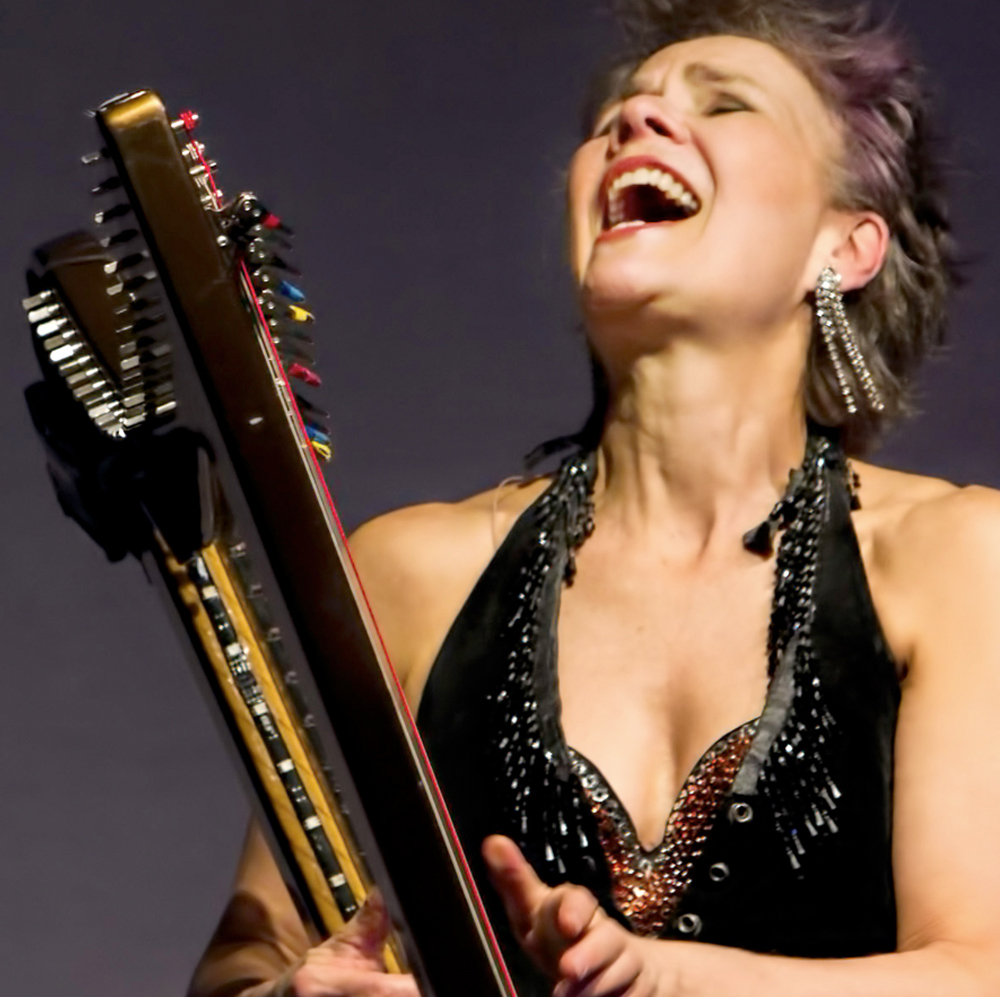 Deborah Henson-Conant is a Grammy-nominated composer and performer whose work combines story and music. Her works range from one-woman operas and song cycles, to musical theater, suites and concertos.

She’s premiered dozens of her own works for electric harp, voice and orchestra with both regional and national orchestras including Pittsburgh Symphony, Baltimore Symphony, Tacoma Symphony and Buffalo Philharmonic. She’s performed her original one- woman musicals at the Chicago Humanities Festival, Kennedy Center, Boston’s Lyric Stage and Central Square Theater.

She collaborated in the development of the “DHC” electric body harp designed and manufactured for her by the French CAMAC harp company.

Her residencies include collaborations with students, faculty and dance departments. Her cross- discipline collaboration project with scientists, dancers and journalists, “Inviting Invention” was a feature of the Cambridge Science Festival and her words-and-music project “Strings of Passion” is used in audience outreach.

Her original solo symphonic show, “Invention & Alchemy” appeared on PBS stations throughout the US and the CD garnered a Grammy Nomination for Best Classical Crossover Album.

Her operatic works for soprano and chamber ensemble were the focus of Boston University’s “Mythic Women” project  in collaboration with the chamber ensemble department. Her concertos “Soñando en Español” and “Baroque Flamenco” are performed by harp soloists with orchestras worldwide.

Join me to bring the Golden Cage to the NEW YORK STAGE and beyond! 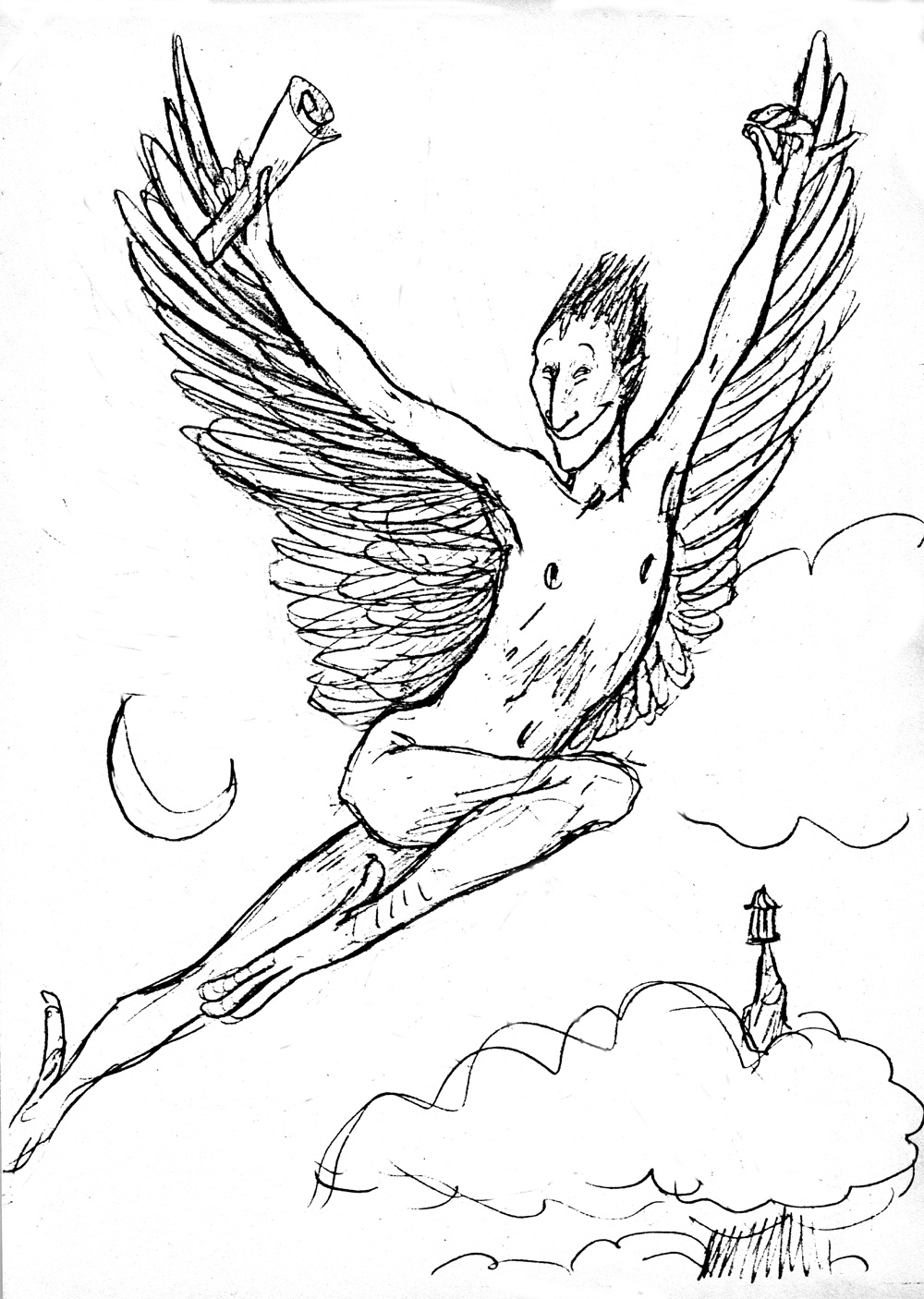 Want to play a bigger role?

Take your place in the magic of creation – to bring this gem of musical theater to the world. The Golden Cage is a story for our times, as we deal with growing isolation and the driving need for achievement that often traps us.

This is a piece open to creative diversity. It can be cast with any gender, race, age or body type – a piece that speaks to a multi-generational audience as it shows us the power of connection – whether we’re caught inside or outside of the dreams we have.

“The Golden Cage” has been invited to apply for the “Streaming Musicals” platform. A position that will place it before an international audience, opening it to worldwide licensing – so that “The Golden Cage” can reach the broadest audience possible.

There’s just one thing I need to do first: create a Broadcast-quality video of the show.  We’re going to do that April 22-28 in front of a live audience at the Beckett Theatre on 42nd Street in New York City where the show has been chosen to be part of the new “Incubator Theater Series.”

I hope you’ll be there – and I need your support. To do this I need supporters of every kind – from moral support and cheerleading to raising over $100,000 to pay for the development, production and filming of this show so it can take its place in the lexicon of American musical theater.

My last video music project, “Invention & Alchemy,” won a Grammy Nomination and appeared on PBS stations throughout the U.S.  I got to share that incredible adventure with one beloved sponsor who made the whole project possible, Peter Wege, who said that the day we went to the Grammy’s was the happiest day of his life.  Sharing that triumph with him was one of the greatest moments of my life. But Peter is no longer with us. His role is now open for you – whether you can step into the leading role he played — or play a smaller, and equally important role. You won’t even need to audition.

Connect with me so we can start this adventure together.  Whatever role is right for you – there’s a place for you in this adventure.  Reach out to me here and let’s start the conversation …