The Next Concert Celebration Release

…whose influence on the development of the electric harp is so fundamental that the instrument she plays is named after her, the “DHC” harp –  and is now played by thousands of harpists throughout the world, designed by CAMAC Harps in France.

Deborah Henson-Conant (DHC) has performed with Steve Vai, the Boston Pops, Bobby McFerrin, Marvin Hamlish, Doc Severinsen and in countless solo performances in theaters, art centers and festivals – and as a symphony soloist with orchestras throughout the U.S.

The “Essential DHC Collection” 2-album set contains more than 30 tracks from over 2 decades of recordings, including solo recordings, duo, jazz trio and ensemble.

The second release celebration for “The Essential DHC” collection will be Fri. Mar. 2, 2018 – Get the full collection in the Artist’s Special Download.  You can Also Gift it to friends. 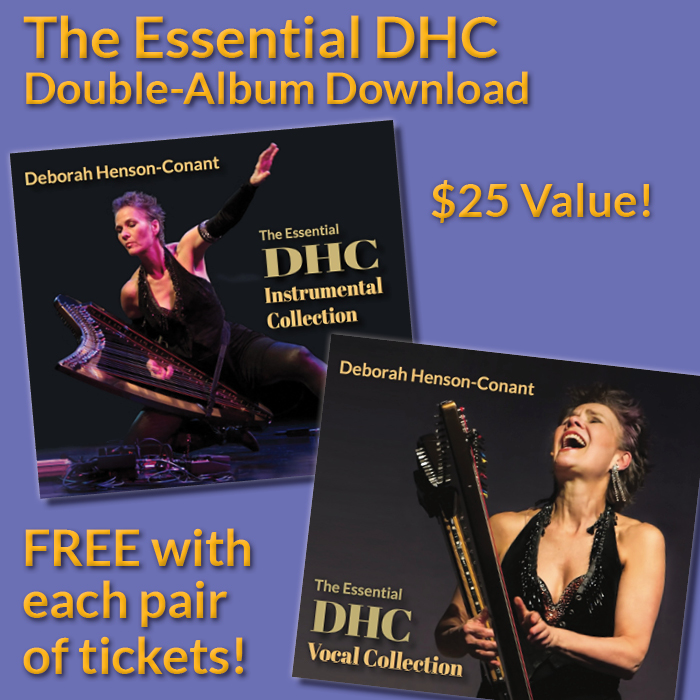 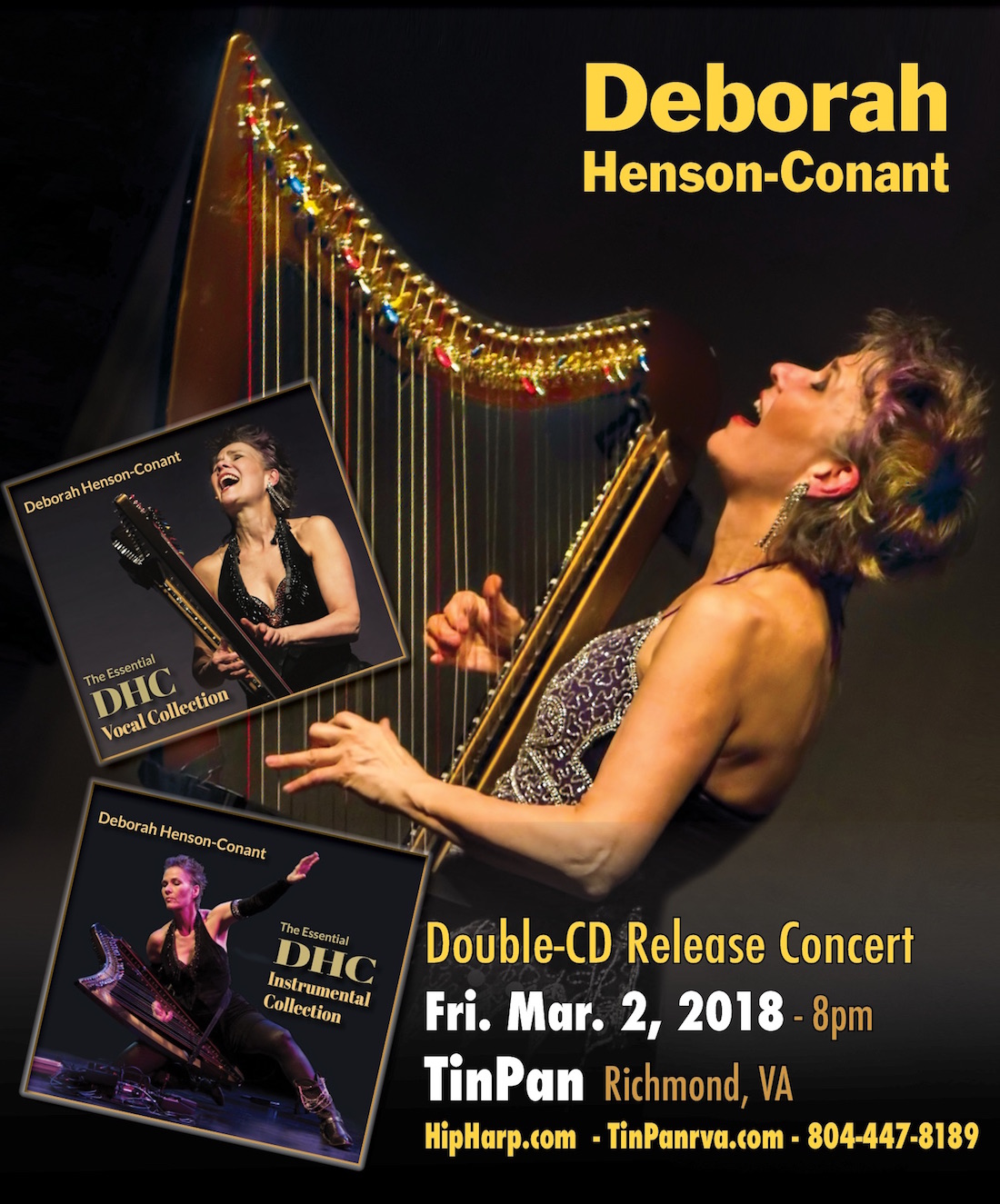 “The Essential DHC” collection comes in two volumes: one is the all-vocal collection and the other is the all-instrumental collection.  To see what’s included in the Vocal Collection, see the image below.