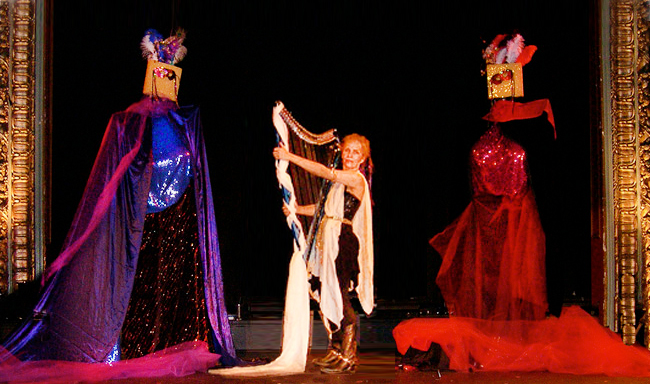 This One Act one-woman musical theater piece was premiered at the Regent Theater in Arlington, MA in 2008 after developement with dramaturg and Greek myth scholar Mary-Ann Greanier.

Princess Electra comes from family dysfunction deeper than most of us can fathom. Her father, Agamemnon thumbs his nose at the goddess Diana by shooting a stag in her forest – a serious no-no. When Diana threatens to strand Agamemnon’s entire army at sea, Agamemnon sacrifices Electra’s older sister, Iphegenia.

To avenge Iphegenia, Electra’s mother Clytemnestra,  murders her Agamemnon.  And to avenge his father, Electra’s brother Orestes murders their mother.

And you thought your family was bad?

Electra’s legacy is pure violence and destruction. All she has left when we meet her, bedraggled in the 21st century, is her father’s bloody bow and her mother ‘s even bloodier dagger – oh, and the infamy of being named for a psychological condition that counters Freud’s ‘Oedipus complex: Karl Jung’s ‘Electra Complex.’

In “Electra’s Lyre” Electra returns, determined to find personal redemption and a way to retell her own story that can release her from this legacy of violence and dysfunction.

She visits the men who have coopted her story: Freud, Jung and the brothers Grimm, she confronts her deep confusion about whether her mother was evil or good – and searches for a way to turn her parent’s instruments of violence – the bow and the dagger – into an instrument of her own redemption, and a way to reclaim her own voice.

(Below: In a residency with CCPC in Charlotte, N.C. – a  dance department collaboration on the first scene of “Electra’s Lyre”) 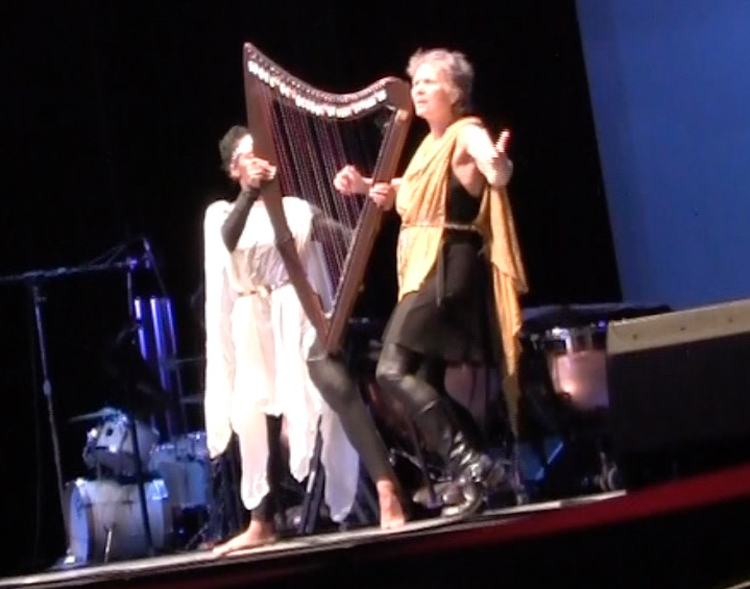 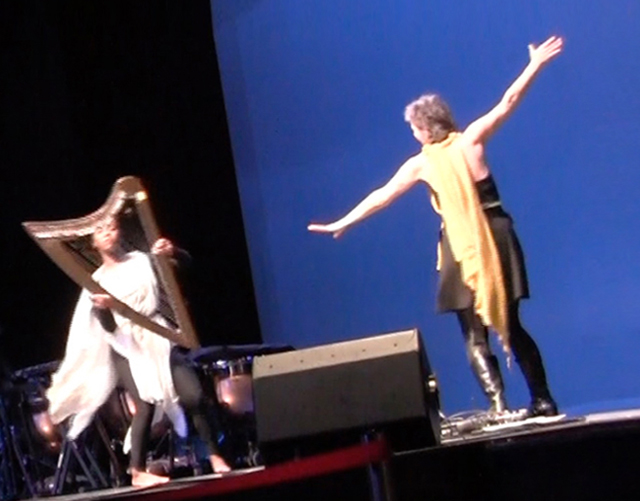 How to Program "Electra's Lyre"

Below is a workshop performance of the first scene from “Electra’s Lyre,” directed by Robert Post

BOOKING INQUIRIES:  Email info"at"hipharp.com and include the preferred date, location, length of run, how you heard about Deborah Henson-Conant and any other pertinent information about your theater, audience or festival.