Bring on the Mariachi Virgins!

Tuesday night, in Lakewood, Colorado harpist Rebecca Moritsky placed a set of parts for my concerto  “Soñando en Español” onto the music stands of the Lakewood Symphony Orchestra. 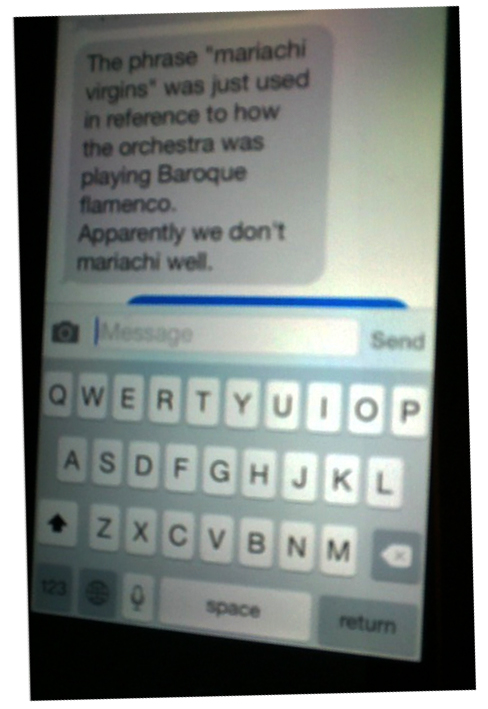 Earlier that day she and I had been texting madly to get her PC to open the files I’d sent from my Mac that held the music for all three movements of the concerto.

The night before, harpist/copyist Noah Brenner and I were skyping ’til all hours to get the harp part notated into the score – one detail I often leave out of my orchestra scores since I constantly reinvent the harp part when I play it with orchestra – and if I’m conducting it for another harp soloist I don’t need it to to be there because I know what’s happening … and the truth is it’s a huge pain to notate harp music at all … let alone get it into an orchestral score.

Which is why I’d hired Noah to do it.

The concerto’s not officially published yet – and I updated the orchestration last summer – so until we get the definitive version into publication, whenever someone plays it (which is more and more often these days), they license and download a combination of old and new ‘parts’ (the music the orchestra plays) along with the most recent version of the score we’re working on.

And through one large collaborative effort, we get closer and closer to a definitive version of the concerto.

Right now some of the parts are scans of the original parts that include markings written by musicians from the Boston Pops to the Grand Rapids Symphony. So Noah  also checks to make sure the new score lines up with the old parts so that I don’t have to spend sleepless night worrying about whether there’ll be a musical trainwreck in the orchestra. (There never is.  And I always obsess over it)

So by the time the conductor, Matthew Switzer,  picked up his baton in Lakewood, Colorado, we three were a little verklumphed (derivation of verklempt, meaning wrung out and needing a hot bath).

Which was when this text came thru from Rebecca:

“The phrase ‘mariachi virgins'” was just used in reference to the way the orchestra was playing Baroque Flamenco.”

And I heaved a deep sigh of relief.

Virgins or not, that text meant to me:

A. They’d made it to the final movement

B. My job as a composer was done, and now it was in their hands to bring it alive

Wooohooo!   Bring on the mariachi virgins! 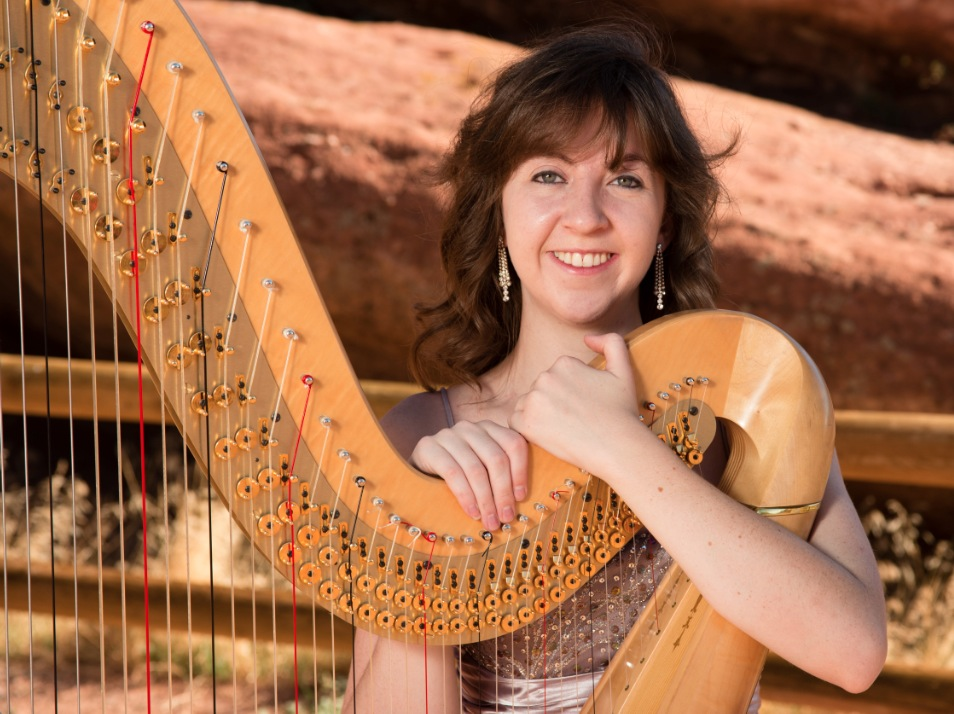 Are YOU a Mariachi Virgin??

Whether you’re a Mariachi Virgin or not … if you play the harp, join my “Baroque Flamenco Bootcamp” starting March 23rd!  Earlybird ends St. Patrick’s Day, March 17th!  OR … register for my FREE “Play Your Passion” virtual Mini-Workshop Sun. March 15 at 4pm EDT