April Fools is Payback Day for the #MoneyFool

Skepticism is healthy. Cynicism is not. I want to un-pair skepticism and cynicism. #moneyfool Click To Tweet

364 days a year my long-time friend Alex Feldman supports  family and foolery as a physical comedian – and one of his personas is “Alex the Jester. ”

I love having friends who make a living doing things that are even more out-of-the box than me! 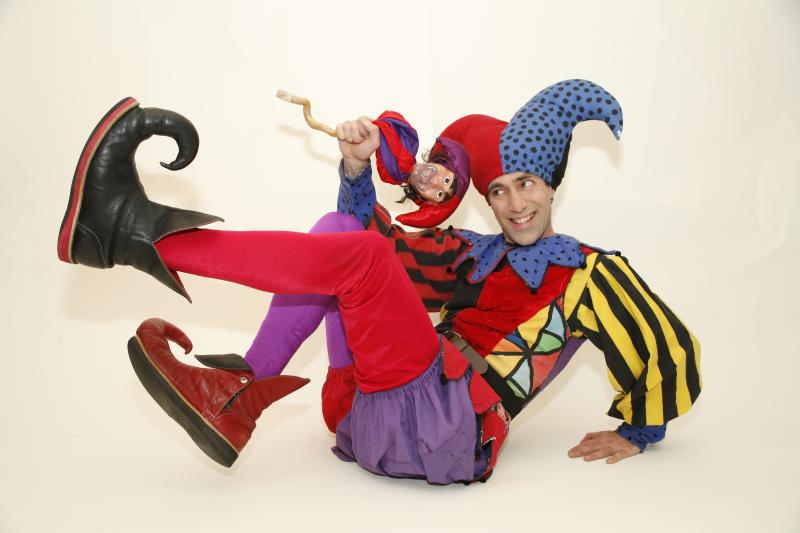 One day a year he heads to the streets for a wacky personal payback.

“It’s kind of like a Fool’s Tithing” Alex told me this morning in our weekly Skype check-in. On this one day a year he literally tries to give away money for free.  And it’s hilarious to see how resistant people are to that!

As he headed out to the streets on April 1st, I  said, “Let’s hashtag that #MoneyFool!”

He’s been doing it for DECADES! You can see him in this grainy old YouTube video on April 1st in the 90’s in Harvard Square: 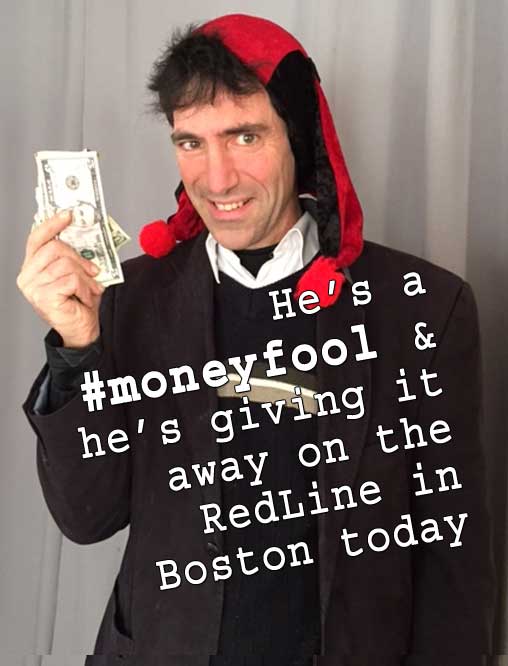 On April 1st he handed out dollar bills all along Boston’s RedLine, including Harvard Square and Downtown Crossing.  He’s dropped the full Jester’s outfit in 2015 and wore a jacket-and-jester-hat ensemble.

This is a photo his son Desi sent me the morning of the pilgrimage.

An here’s him trying to get ME to take a buck through the ether in our weekly Skype artist check-in this morning!  Check it out – when I balked he upped it to a fiver! 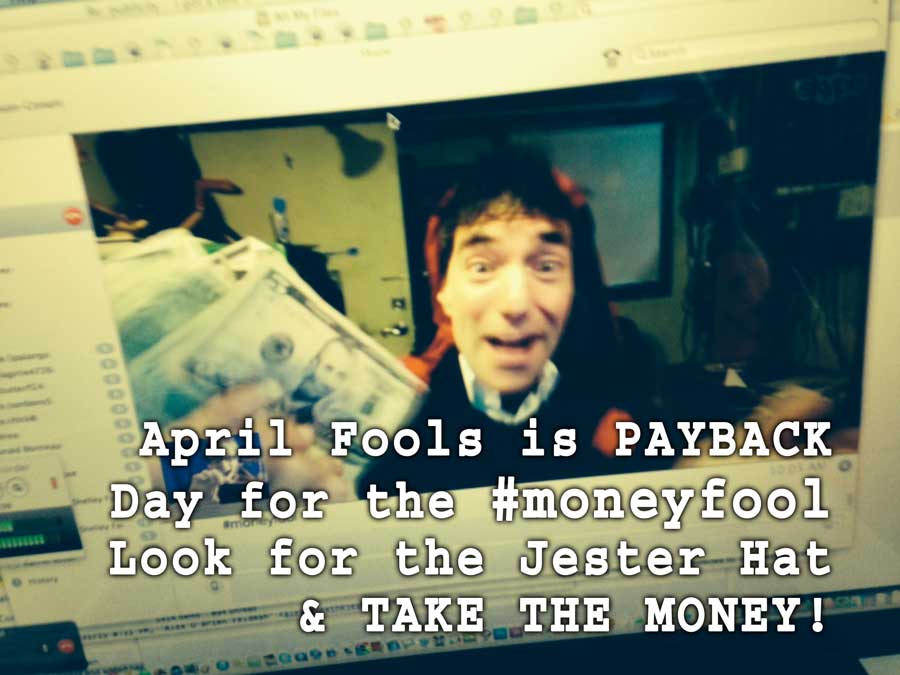 My favorite quote from Billy Baker’s Boston Globe article sums it up as he described the resistance he always gets to offering people money.

“Skepticism is healthy,” Alex said. “Cynicism is not. I want to un-pair skepticism and cynicism.”

So if you see a guy in a suit jacket and a jester’s hat today in Boston … take my advice and  Take the Money!