PRESS RELEASE: What kind of woman does THAT? (Fall 2015 Shows)

That woman is “DHC” – Deborah Henson-Conant – a GRAMMY®-Nominated electric harp virtuoso with a wicked sense of humor, a gutsy set of vocal cords and theatrical flair – and she has 3 solo shows this fall:

She’s the harpist your parents never warned you about.  And get this  — she invented the instrument, then took it to the CAMAC Harp company in France, where it became the “DHC-Light” the world’s top-selling electric harp.

She strides on stage like a rock-star, wearing an instrument that looks like it came out of Star Trek.  She sings. She pulls melody, chords, basslines, percussion and rhythms from her 32 strings – then loops them in real-time, right in front of the audience, with a looper pedal – creating soundscpes and rhythmic grooves she improvises over.   She  uses spoken word and story to riff over the music ’til you can’t tell where the speaking stops and the music starts.

When you leave the show you know you’ve experienced something you’ve never even imagined –  and it was funny, deep, impressive, inspiring —  it makes you question everything you think is impossible in your own life.

Guitar legend Steve Vai calls her the “Jimi Hendrix of the harp.”  The New York Times credits her with “reshaping the serenely Olympian harp into a jazz instrument.”  The Austin-American calls her “Dazzling.”  She’s fronted the Boston Pops as a soloist, opened for Ray Charles at Tanglewood, toured with guitar legend Steve Vai, run her one-woman show at the Edinburgh Fringe,  starred in her own Public Television music special and jammed with legends like Steve Vai,  Bobbie McFerrin, Steven Tyler and “Classical Gas” legend Mason Williams –  you can see videos of some of those jams on her website, HipHarp.com. 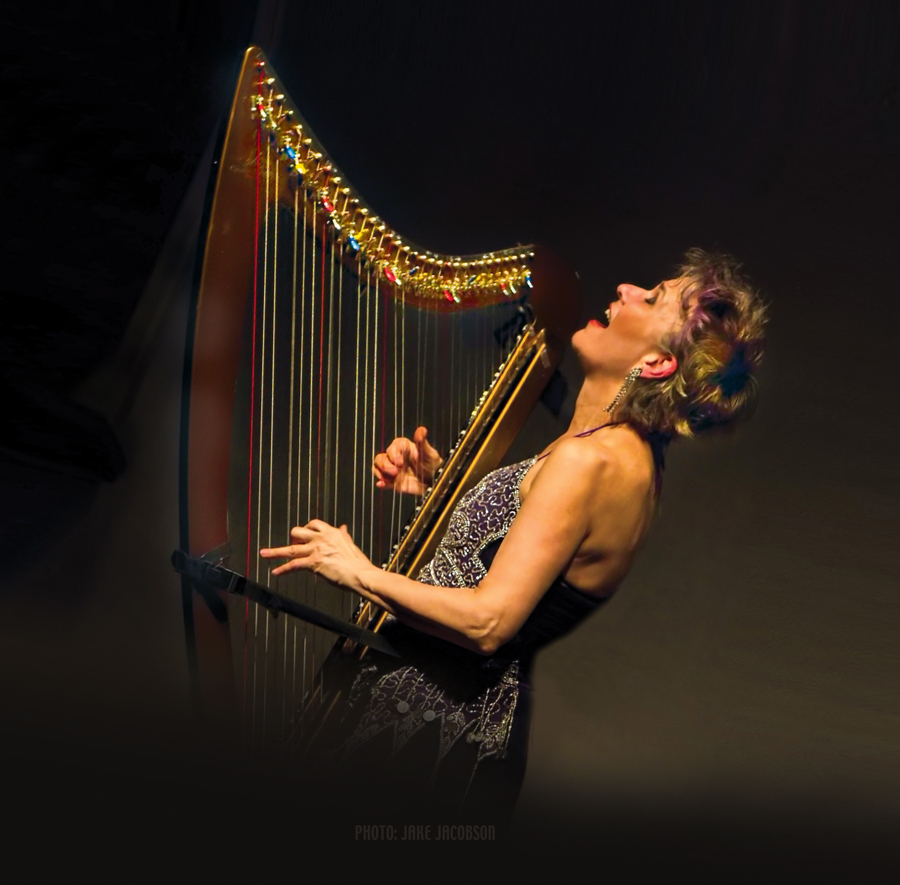 THE BOSTON HARP FESTIVAL:  Celebrates the harp and harpists in the Boston and New England area while featuring the harp’s wonderful potential as a solo instrument.  Deborah will also be teaching a Career Workshop for Harpists on Sunday at 5pm. See the full festival program here: http://www.bostonharpfestival.com/#!program/c13tj

THE CULTURAL CENTER:   The Ponte Vedra Cultural Center is pleased to present this concert at the Ponte Vedra Concert Hall as a fundraiser for the outreach program, Music Therapy for Children with Special Needs.

THE ALTAMONT THEATRE: Originally built in 1895, the Altamont, with its huge storefront windows and original hardwood floors, is the winner of the 2011 Griffin Award for Adaptive Re-Use. It’s an intimate listening room for the serious music lover with a great sound system and known for the best acoustics in Asheville.

For more artist info or to schedule an interview, contact:
Beatriz Harley, 781-483-3556, info@hipharp.com