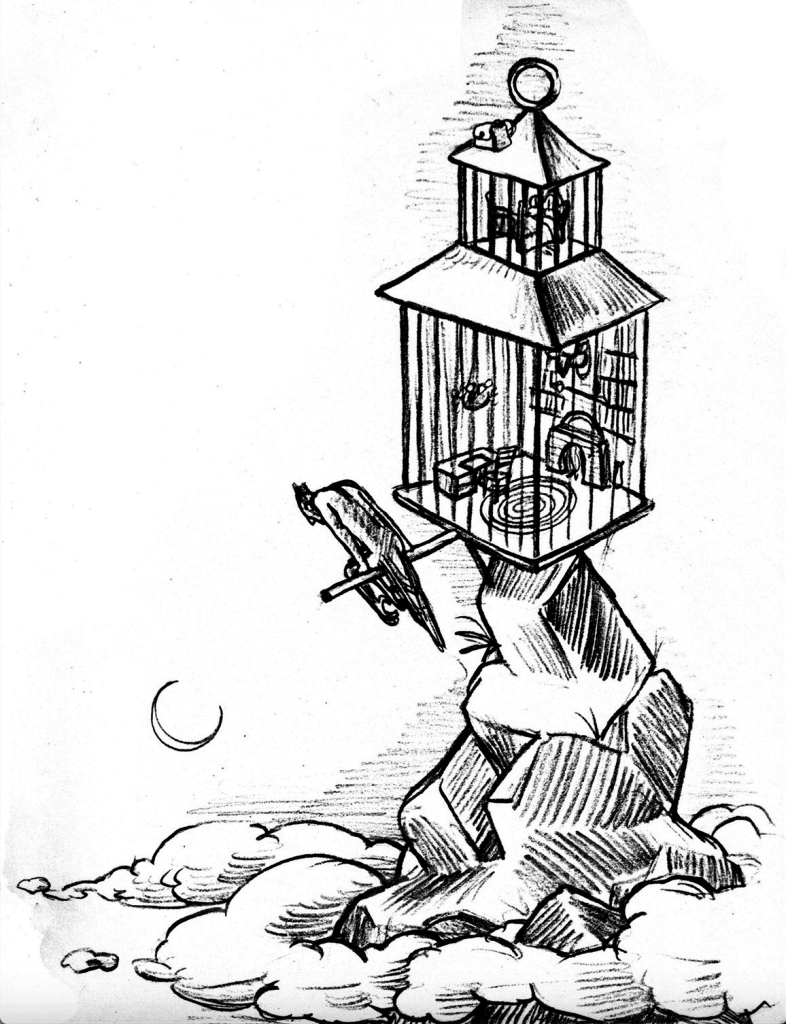 burning the midnight oil,  and editing “The Golden Cage” a musical I’ve been working on for over 40 years.

Tonight I was editing the audio cuts so they work better with the script.

Because, as of last week, I now have a script.

Tonight I was noticing how much technology has changed since I sat at a piano 40 years ago and thought: “Great. I’m writing a musical … and I have no idea how to read or write music, so how am I going to ever SHARE it with people???? I’m going to have to be, like, the living manuscript of this thing.”

It was one of those “Crap.  I can’t get there from here” moments that have characterized my life and ended up being my stepping stones.

I knew I was illiterate. And that was good.  I knew I was missing skills. And I knew how to get them.

I went back to school then, learned to read and write music, stumbled on a harp in a closet, and thought “Aha! Here’s a way to make money to support this musical” — only the harp didn’t see it that way.  So I spent my life adventuring the world, harnessed to a harp, always dreaming of finishing “The Golden Cage.”

Maybe that’s part of what makes a great adventure – knowing that there’s something you love waiting for you when you land.

Tonight – 3,000 miles away, a lifetime down the road, I know how to write music.  I have a freakin’ Grammy Nomination for the symphonic music I’ve written (and yes, I even learned to write it down on paper) (and no, I still don’t LIKE writing it out) (but I know HOW).

And through all of this – a lifetime racing in the other direction to adventures I never intended, watching my work, my instrument, my communications evolve so fast that one upgrade can make me a visiting alien again … these two were waiting for me.

Two quirky characters, still there –  a birdman and a melodramatic would-be housewife.  Two sides of me I’ve spent a lifetime with – the story in my own mind – and the minds of the few people who’ve seen – and heard them. 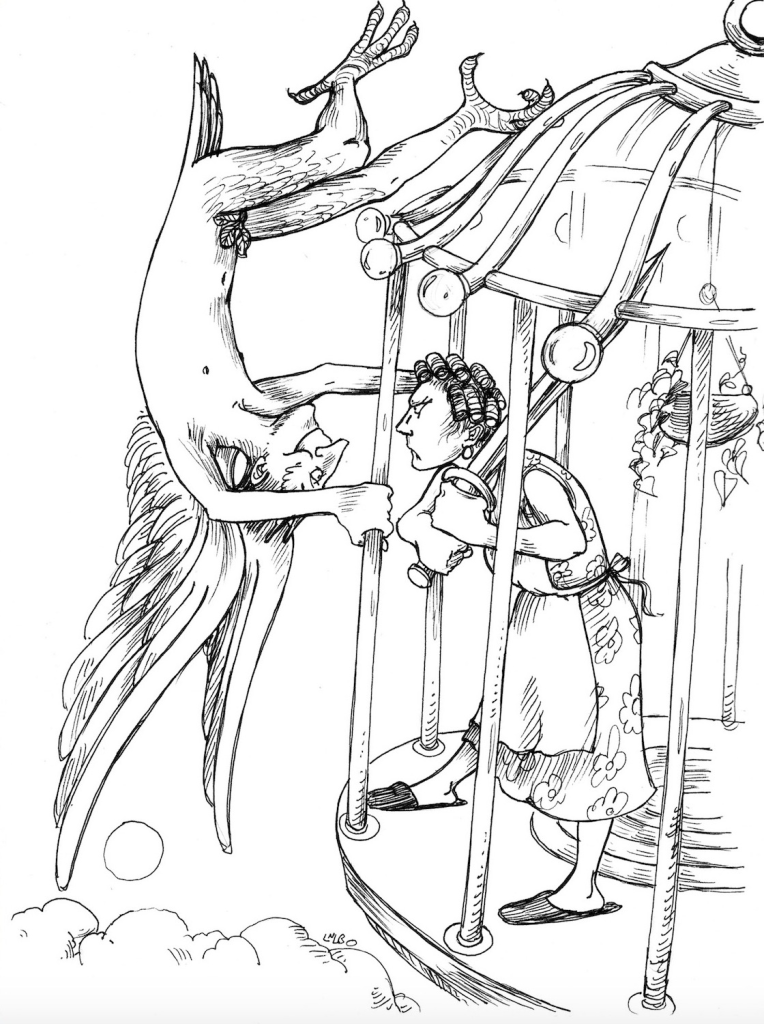 Well, the script’s done now.  And maybe now we’ll have an adventure  – Alphea, Boris … and me.

Skills will never trump a story – or the characters that bring that story alive.  But they do make it much easier to share them.

You can listen to some of “The Golden Cage” here.