The last month has been an intense one working on my musical “The Golden Cage.”  After a NYC reading earlier this year, I started rewriting the beginning and ending of the show.

Tomorrow I’m presenting the rewrites for the New Opera and Musical Theater Initiative.

Yesterday I rehearsed with with singers Erica Spyres and Matt Spano, and pianist/musical director Tim Maurice, who has become a huge part of my creation process. Here’s a selfie of the whole crew: 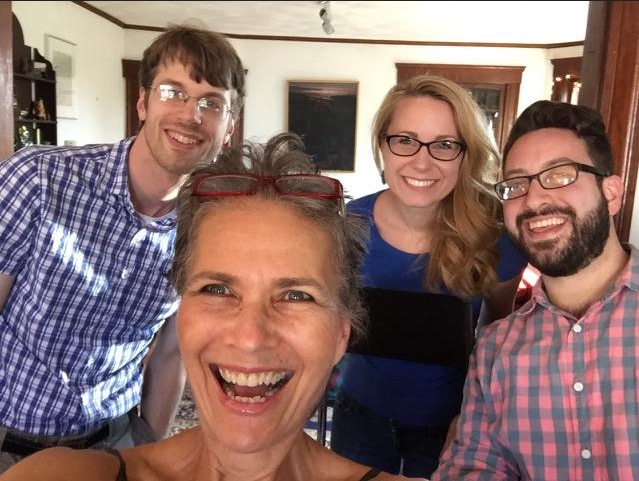 “Rehearsal” is probably a misnomer because I’m  still developing the piece – so that means I’m asking all three to re-work the piece with me as we go.

That means cutting measures, shifting notes, changing words all on the fly.  Tim and I work together weekly, and he knows the piece so well now that I can say “use the new accompaniment here” or “play like whacked out Chopin” he can shift without dropping a beat.

It’s exciting to see it come together.  It also wakes me up in the middle of the night when I write down things like “the cage is LIFE!” – things I ponder over in the morning when they’re legible enough to read.

Later this fall I’ll start sharing the show in a series of ‘Pizza Readings’ – so stay tuned for more on that.

Here are some rehearsal pictures: 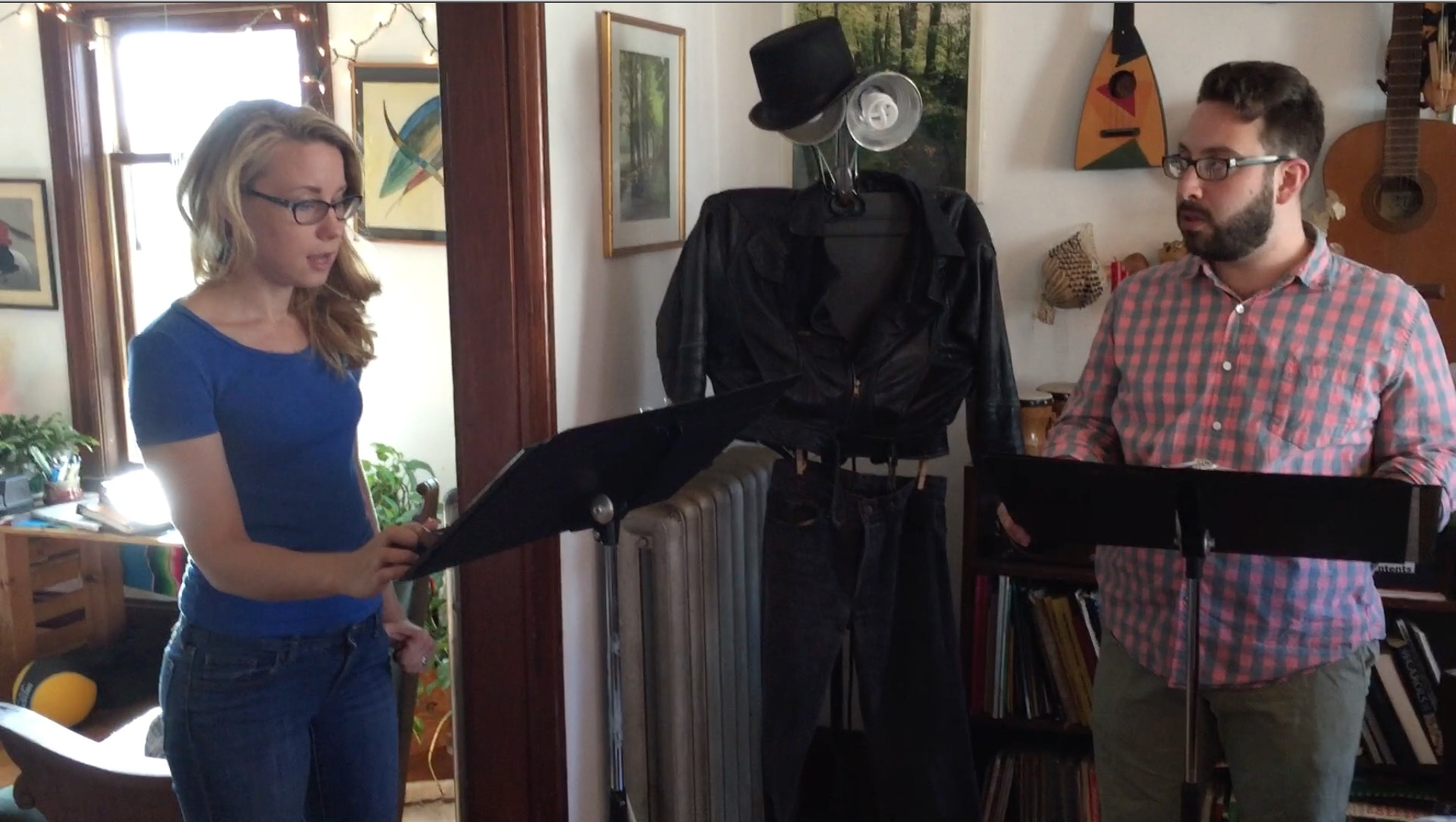 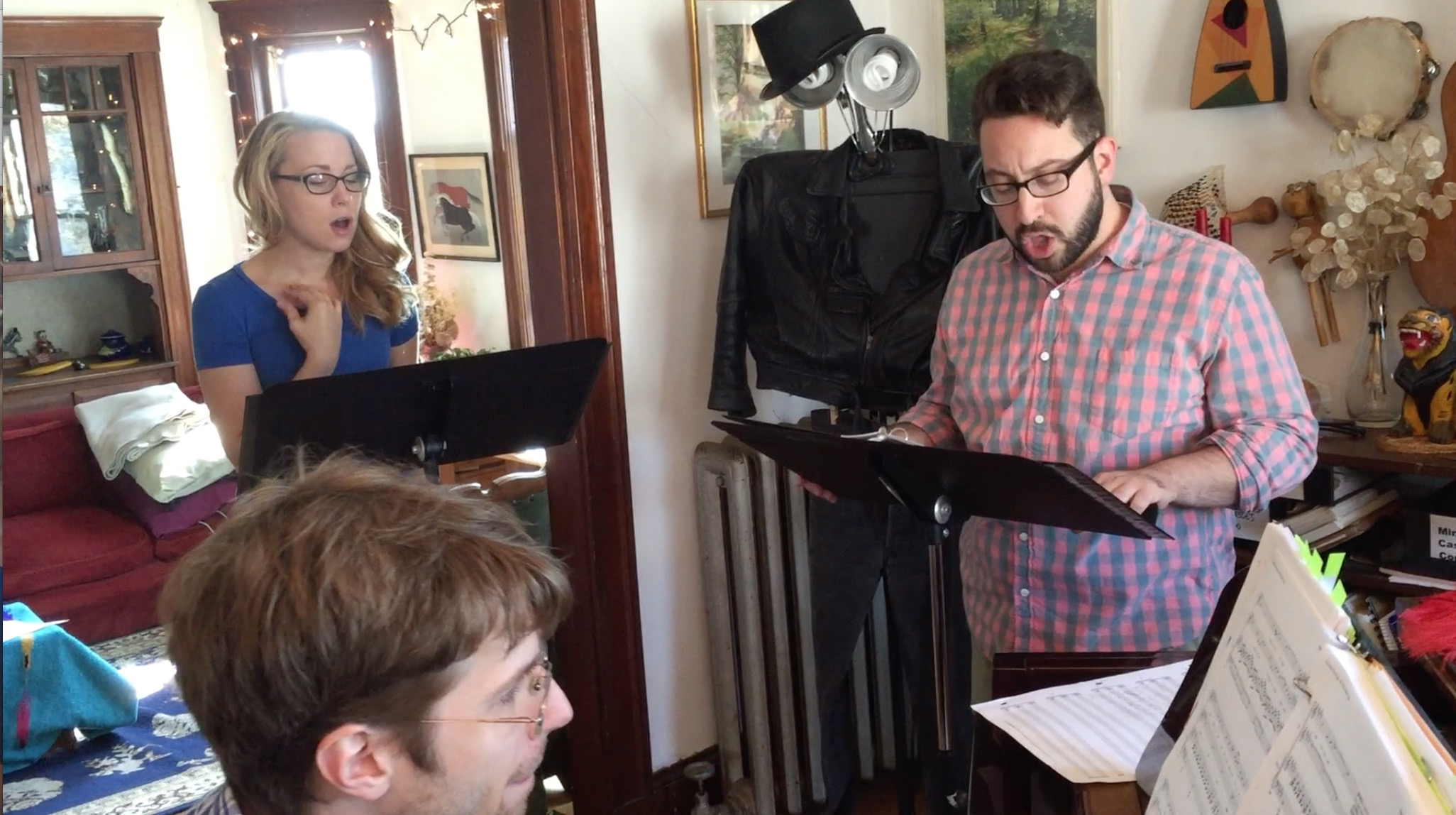 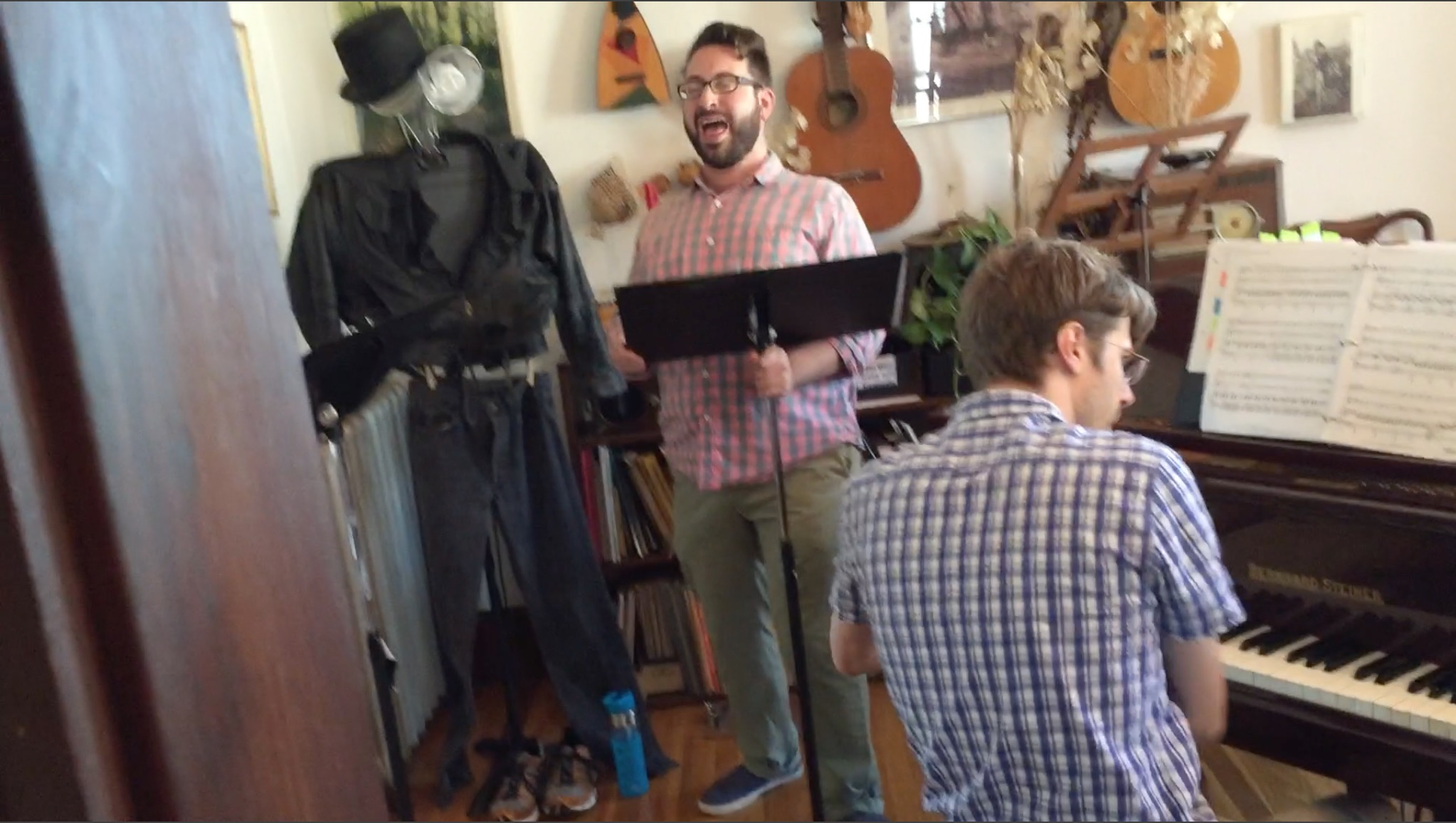 Later this fall I'll be sharing #GoldenCage in a series of Pizza Readings! Stay tuned! Click To Tweet