Thar’s Gold in Them Thar Hills! 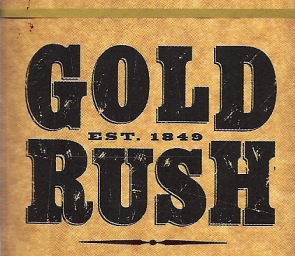 I lived in the Mother Lode when I was 7, near Angel’s Camp, one of hot spots of the 1849 California gold rush.  And it keeps reminding me of the music business today.

As a kid, in Calaveras County, I was fascinated by the architecture and how it seemed to embody both the excitement of the gold rush and its ultimate decrepitude.  The feeling never left me, and all the details I learned later to fill it in: the explosion of gold and possibility, the jumping of claims, the hopes both realized and dashed; the veins with huge promise, some of which panned out spectacularly and others which collapsed; the outlaws who stole gold and claim stakes — and the fact that many who became successful financially weren’t the prospectors themselves, but those who provided services for them: the merchants, the saloons and dance halls.

And the madness and addiction that came along with the sense of freedom and possibility, the belief that “I, too, could get lucky here!” but also a rabid sense that “I HAVE to get lucky!”  It was a leveler in some ways, and a drug in others.*

Being in the music business right now feels like the Gold Rush to me: a huge migration to the new music business in general, and constant rushes to the areas where someone hits a rich vein.  The message that “anyone can succeed!”, the rise of new services, and ‘platforms,’ news of rich new veins and a rush to stake your own small claim to them, stories of huge riches, brilliant successes based on a wonderfully wacky YouTube video or becoming a Twitter Millionaire;  property disputes (this time over intellectual property).  It’s all there.

Facebook is a Boom-Town – MySpace may be becoming a Ghost Town; intellectual property is the new claim stake to the stream you can pan; ‘anyone’ can stake a claim —  and more and more technology is offered as the best new way to get gold out of the hills.

So what does that mean to me?  I wish I knew.

Some people made it rich in the gold rush, but the vast majority came out with little more than they went in with — probably many with less. It was a rich experience, a cultural phenomenon, and little by little, the gold either got panned out, or lost its value or small claim-holders got bought out or beaten out by larger ones.  And some people just stayed there, gave up the mad search for gold and simply made a home in some of the most beautiful country there is.

I don’t really know how or why the Gold Rush ended … it might be helpful to know … or I might not want to know.

But when the gold dust settles, and the saloon has lost its paint and mirrors, I hope I’ve found some beauty in my claim besides the madness of wild riches — and can sit on the porch with my old mule by my side, pull out my harp and sing at least one sweet chorus of “Oh Susannah.”

p.s. In looking for an image to add to this post I wasn’t surprised to find the one below – but before you grab your gold-pan and hardtack, this land grab is from 2009. 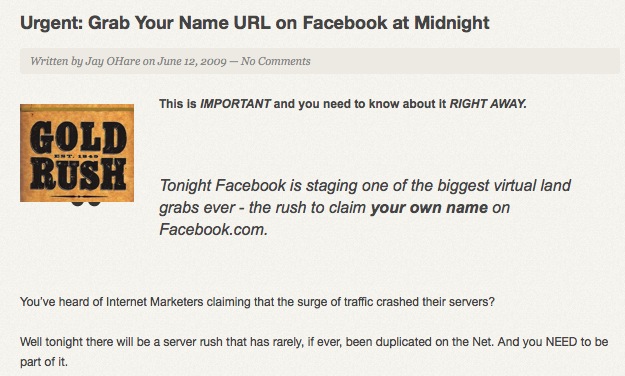 p.p.s.* NON-HISTORIAN DISCLAIMER: There’s a whole lot more to the Gold Rush I know I’m ignoring here, like how destructive it was for American Indians; the place there was or wasn’t for women; how it seemed to be a primarily white-guy phenomenon — or was portrayed that way in books; how it utterly destroyed Sutter’s dreams for an agricultural paradise when gold was found on his property.  Any ‘facts’ here are from Wikipedia, by the way.  The impressions are mine and right now I’m just looking at it one way: how it parallels the current music business.