Just Strumming Around on Edmar’s Harp in Hong Kong

It’s not every day you have a signature harp built for you, and I’m so deeply proud of my signature harp, the CAMAC “DHC” – it’s changed my life and given me a way to fully express my creative voice. It’s a creative marriage … and yet …

I’m not the only harpist with a signature model and when I was in Hong Kong I got the chance to play the Edmar Castenedas  model, also by CAMAC. 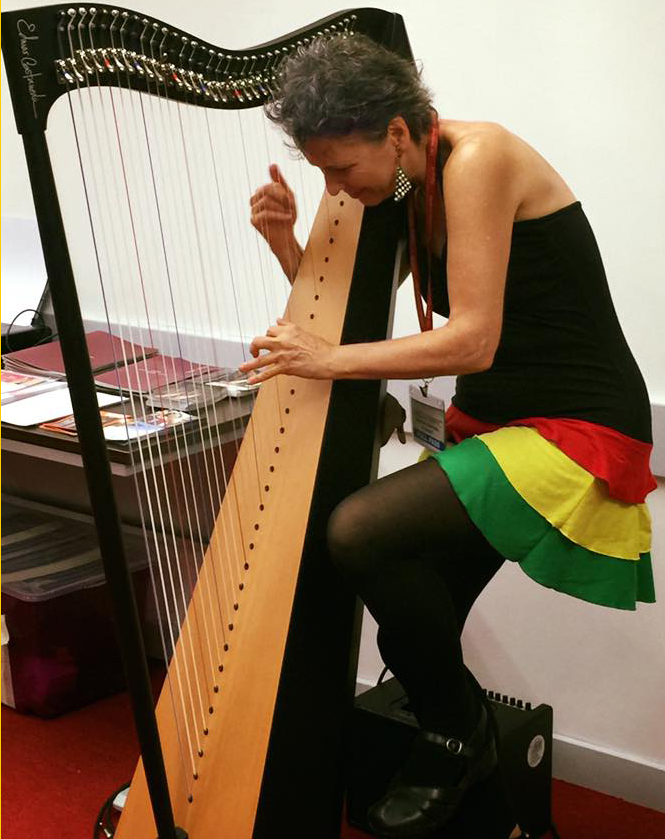 Each harp has its own voice, so when you play it, you’re playing a duet – and just like playing with a great musician changes your own playing, playing a different harp opens up new sounds, new ideas, new opportunities – or just a new perspective.

Latin music is a huge part of my repertoire and voice, and this is a quintessential Latin harp so I HAD to try out a new tune I’m working on called “Vera Cruz.”

Latin music is a huge part of my repertoire and voice, and this is a quintessential Latin harp Click To Tweet

To me, this started out as a moment alone with a fascinating new acquaintance – and I’d forgotten that the front ‘wall’ to the room was a big window.  Someone snapped this photo, then Anna Kwa  posted a short video on Facebook — and then more and more people came into the room and someone asked me to play “The Nightingale” — and Anna kept posting.

Each harp has its own voice, so when you play it, you’re playing a duet Click To Tweet

Note from Bea (Deborah’s assistant who discovered all these videos and photos on Facebook): When I first saw this pic and videos I thought it was two different harps because in the picture you see more of the black part of the harp, but in the videos it looks like the harp is mostly wood color – but it’s the same harp!