It was a composer’s Cinderella story:  a CD/DVD project with symphony orchestra and all my original music.  7 cameras, a director, designers, producer, Union negotiations, makeup artists … and did I mention the full symphony orchestra?

The video would go beyond simple documentation to truly bringing an audience into my world, my experience as an orchestra composer and soloist. I didn’t know at the time, but it would eventually be shown on PBS stations all over the US, and the CD would get a GRAMMY® Nomination.  I’d sit in the dark, waiting to see if my name was called, terrified about tripping on my way to the podium.  Then keenly disappointed that I didn’t have that chance.  A huge, rich, vibrant slice of life most composers only dream of.

And all of it was made possible by one man, a philanthropist – and now my friend — Peter Wege.  He’d walked up to me after my first concert with his regional orchestra, the Grand Rapids Symphony, and he said, “What I saw out there on stage, I want the whole world to see.” 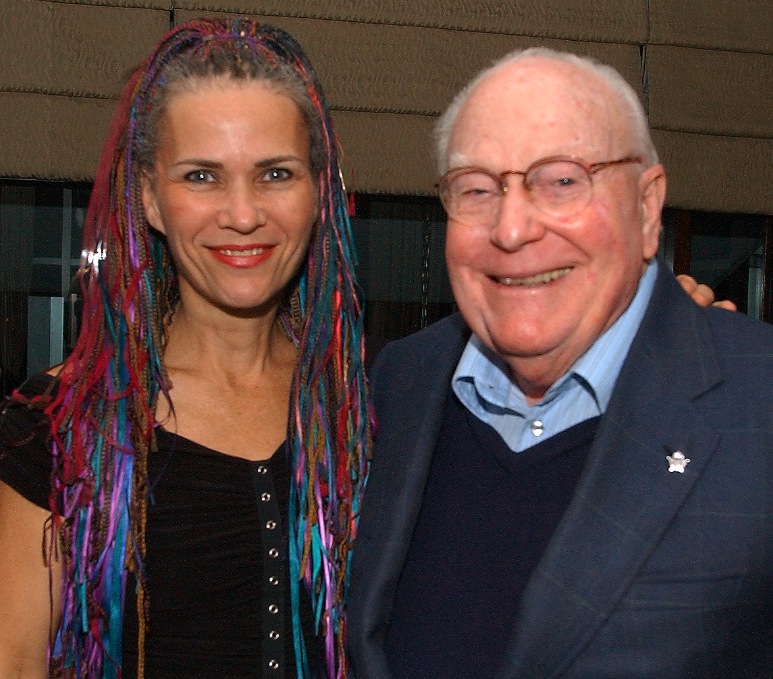 And he meant it.

When he invited me to submit a proposal for a project, I knew this was the chance of a lifetime.  My husband, producer Jonathan Wyner, encouraged me to propose a project that was not just about my music, but about me as a performer, something that could bring the audience into the very middle of my work for electric harp and symphony orchestra.  That meant making a DVD as well as a CD.

Once the project was approved, I spent over a year simply preparing the music, rehearsing and practicing.  And this was after 10 years I’d spent writing, performing and editing the pieces.  Meanwhile, Jonathan, as the producer, was spending all his time putting together the greatest team he could find, watching video after video to find the best lighting designer, the best director, editor, production company and graphic designer he could.  We’d never done a project like this, so were assembling a team from scratch, but he already had ideas of some of the ‘dream people’ he wanted to work with, like multi-Grammy winning audio engineer Tom Bates.

So while Jonathan’s challenge was to assemble the team, my biggest artistic challenge was that I was the composer, the orchestrator and the soloist.  I had a year of work to do as composer and orchestrator – but my performance was what the audience would actually see.  The 3 days of taping (one of which was my birthday) were high stakes: each minute on stage cost over $1000. The key to my being free and focused as a performer in those high-pressure moments —  as well as the key to the crew’s being able to capture it — was to be completely prepared, and for everyone on the team to know the material.

I knew that the best way to do that was to practice the project in miniature as much as we could before the official shooting.  We needed to make what my architect friend Fred calls a “Maquette” – a mockup . 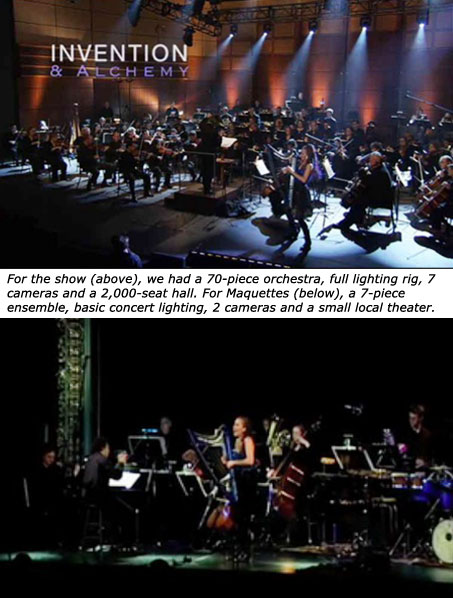 So Jonathan and I created two musical “Maquettes,”  Instead of a 70-piece orchestra, we used a 9-piece ensemble that represented the orchestra.  Instead of a 2,000 seat hall, we used two small local theaters  Instead of a ballet company, my dancer-friend Karen Montanaro created on-the-spot choreography and two volunteers held silk streamers; instead of 7 cameras and a huge editing truck, filmmaker Ian Brownell taped with 3 cameras and edited it himself … and so on.

It meant I had to write the music twice in many cases: once for chamber ensemble, and then for full symphony.  But that was the only way we could test the whole project and see how it would work on stage. It would also create the foundation for chamber music repertoire with harp – another dream of mine – but that’s another story.  We scheduled 2 Maquette performances, with a few months between them, for me to edit or create new material.

So these two Maquettes became part of the scaffolding of the final orchestral project. They allowed us to practice the music and the moves, and the edited videos became reference clips to help the director and lighting designer to envision the final project, since they came in fairly late in the game. 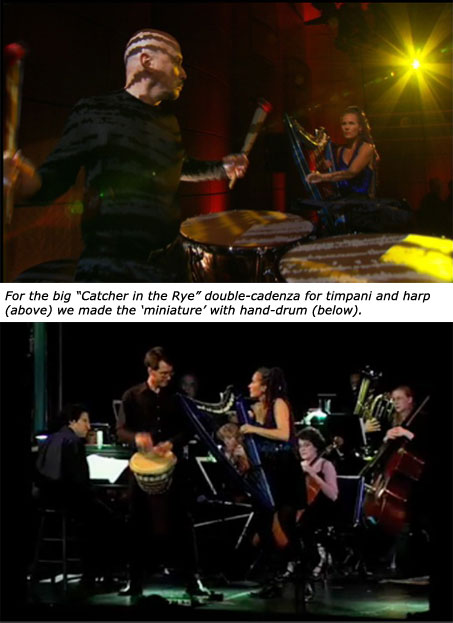 But the Maquettes themselves were real performances, and these ‘miniature’ chamber music versions were as fun and challenging to play as the full-orchestra versions.   And since we had a limit on how much orchestral music we could include in the final release, they also include some music that never made it into the final project.

Now that the final project has been out for a few years, I lan to release the Maquette versions on YouTube as part of my 2011-2011 “Re-DHC” project. In part I want to release them because I love them for what they are – and in part I want people to have the opportunity to compare the two versions, so that students of orchestration can see examples of the same piece in ensemble form and full symphonic form, and so that other performers interesting in learning and programming these pieces, can see how they work in the more economical chamber music versions.

These releases are part of my “Re-DHC” blog project, a year of weekly releases of projects that are sitting on my shelves … some that are “done” and were simply never released, and some that will never be ‘done’ and that I want to share in their ‘final’ sketch-form.