I’m preparing for an interview with radio host Jacky Ankeles tomorrow morning to talk about my upcoming show at the Shalin Liu in Rockport, MA this Saturday, April 21st.  Jacky sent a few questions for me to think about, I  started answering via blog.  Her first question, about spontaneity is here.  Here’s her second question: 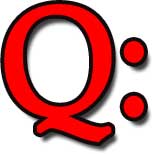 You’re an entertainer as well as a musician.  You MUST practice, of course, to keep up and constantly improve your technique on the harp.  What about the ‘entertainment’ part of you?  People love your comfort level in front of the audience.  It’s similar to how a (good!) stand-up comedian would connect with the audience.  Do you work on that?  Do  you actually rehearse your ‘performance’ beyond the playing of your instrument?

I try to rehearse every part of my show, and when I can, I try to ‘perform’ the show alone by myself in front of a video-camera.  I don’t always have the time to do that – OK, I almost never have time to do that – but I wish I did.

I do like to be as prepared as possible for each show because the more prepared I am, the freer I feel.  If I ‘know’ what I’m going to say or do, I’m much more likely to actually do something different,  on impulse, rather than just because I don’t know what I’m doing – and being able to act on impulse is part of my goal in structuring any show, because then the show is a real interaction, not a ‘recital’ of something I already know.

I’m obsessed about having my set-list written down and on the stage, but once it is, I basically ignore it.  If it’s not there, I start obsessing about what I’m going to do next.

But if I know I’ve prepared, then I’m comfortable, even if pretty much everything goes wrong.

In fact, I enjoy it when things go ‘wrong’ – so long as it’s not because I was sloppy.  I guess it’s like asking someone to marry you.  You plan out what you’re going to say, you might even start there, but then you respond to what actually happens.

OK, maybe it’s not like that, because when you ask someone to marry you, you probably have a pretty specific answer you want.

What I mean is that I love being prepared, so that I’m ready to do things I hadn’t planned on.  That’s part of what makes live performance alive.  And I think you rehearse that by knowing what you’re going to do, and then being completely willing to not do it.

Often, those unexpected (by me) moments are the most memorable of a show, so long as I integrate them into what I’m doing — because they’re something we’re all spontaneously sharing.  Like any real exchange.

For me, the stage is where I can finally let down and breathe.  In many ways I’m more ‘me’ on stage than I am anywhere else.  I feel like I ‘belong’ there, I know what my job is when I’m on stage, and I know I’m not going to step on anyone else’s toes, accidentally interrupt someone, talk too loud or get in someone’s way.

That gives me a huge sense of freedom and relief.

Last summer I had the opportunity to work on my one-woman show, “Electra’s Lyre” with director Robert Post.  That was a different experience for me, and something I’d love to do more of — and was a completely different kind of rehearsing and performance.

But in “Electra’s Lyre” I actually play the part of Electra as she navigates  history – and I really needed a director to help me do that, to sculpt each moment and movement, and truly embody a different persona.

And the freedom that that kind of rehearsal gave me was the freedom to completely focus on embodying the character and her story regardless of what happened around me. It was a completely different freedom.

But in most of my shows, when I’m just being myself on stage, that’s like the dessert of my life, the pay-off for all the practice and the daily non-artist things that artists have to do and the moment when I’m probably most completely embodying myself.

Last year I worked on a project that really surprised me by how it affected my onstage experience.  It’s called “Street Harp, ” and it’s a project I’ll continue to work on, because I find it so rewarding.

Basically, I just take the harp to places you wouldn’t expect to find it – like outside the subway station – and just play.  For me it’s very challenging to ‘take over’ a non-performance space and impose myself on it.  I can get shakingly nervous bringing my harp to a subway station, whereas I’m perfectly comfortable playing for a theater of a couple thousand people.  Go figure.

So that’s a way I can challenge myself as a performer.

When I can push through that anxiety and the sense that I’m imposing on people, and can just be in the space, it becomes very liberating, both musically and physically.  I found myself moving much more as I played, and making up whole new pieces on the spot.

And I was able to take that sense of liberation and physical engagement back to the concert stage.  It was some of the most powerful and effective rehearsal I’ve ever done for feeling free on stage.  I wish I could do it 2 or 3 times every week – except I find it so challenging and scary.

One day, outside the Alewife station in Cambridge, I was playing like I did as a kid – just playing to play, dancing to my own music.  There were very few people around, and those who were were just doing what they’d do every day, as if I weren’t there.  I had that delicious sense of being in the same space with others, ‘each with his own work to do’  — and mine was to be there playing music.

Aside from the sound of my harp, the station was nearly silent. A pigeon rose from the pavement and flapped up to the rafters — and the flapping of its wings sounded exactly like applause.