A Streaming World Premiere – Fifteen Years in the Making

On Fri. July 10, 2020, Deborah Henson-Conant’s “Invention & Alchemy,” a full-length concert with The Grand Rapids Symphony, streamed worldwide for the first time – opening a limited 7-day window of streaming access – which has now been EXTENDED until August 22nd.

Originally released fifteen years ago, it won a Grammy Nomination for best Classical Crossover album, and the video was chosen as a music special on PBS stations across the USA.  But as DVDs and CDs gave way to streaming, the project became more and more hidden… until now.

The Premiere opened a 7-day window (now extended until August 22nd) of streaming as a fundraiser for the Grand Rapids Symphony – the orchestra that collaborated with composer/performer Deborah Henson-Conant in the project. People can RSVP for all events here:  https://www.hipharp.com/invention-and-alchemy2020

“What I saw out there on that stage, I want the whole world to see.”
Peter Wege, Philanthropist

Deborah Henson-Conant (“DHC”) is an ambassador to the world of music and imagination. A kid who refused to take music lessons, she was writing musicals at 12, and became a prolific singer-songwriter in her teens. When her college band needed a harpist, she volunteered – and the harp has never been the same.

DHC is known as the woman who liberated the concert harp: shrunk it down, strapped it on and plugged it in. Her TEDx talk chronicles her decades of collaboration with the French harp company, CAMAC that resulted in the “DHC Harp,” now played by harpists worldwide.

Her music is inspired by Jazz, Blues, Latin, musical theater and spoken word – and she’s equally at home performing one-woman shows, leading a trio, or performing her original work with chamber ensemble or orchestra. It was after an orchestral performance that philanthropist Peter Wege approached her and said, “What I saw out there on that stage, I want the whole world to see.”

With Wege’s support, she created the work that won her a Grammy Nomination: a long-form symphonic concert video of her original music in collaboration with the Grand Rapids Symphony — which also received an International Songwriting Award, and appeared on PBS stations throughout the U.S.

But it wasn’t until THIS YEAR that Wege’s dream of bringing this work to the whole world became possible, as streaming restrictions were lifted on the project when DHC asked if it could be used as a fundraiser for the Grand Rapids Symphony during the COVID-19 pandemic.

Titled “Invention & Alchemy” this concert-length video brings the audience onto the stage and into the stories, music, humor and theater that reveal the world of DHC’s imagination. The title celebrates the alchemy of transformation when an individual creative voice expands through collaboration — epitomized by the harp-wielding composer/performer as a solo voice with the magic of the massive symphony orchestra.

The RSVP to the Fri. Jul 10th premier also gives access to the encores, the On-Demand Streaming July 12–17 (NOW EXTENDED THRU August 22nd), and other specials events like live Q & A chats and soiree viewings with the artist. WHAT: Streaming Release of “Invention & Alchemy” to benefit the symphony
WHO: Soloist Deborah Henson-Conant, with David Lockington & the Grand Rapids Symphony
WHEN:

For INTERVIEWS or to SPONSOR A PRIVATE PRESENTATION contact info-at-HipHarp.com

More about the Artist

DHC has been called the “Jimi Hendrix of the harp” by legendary rock guitarist Steve Vai, and “a cross between Leonard Bernstein and Xena, Warrior Princess” by the Boston Globe.

She’s performed her one-woman shows at the Kennedy Center, premiered her works for orchestra and harp with symphonies in the U.S. and Europe – and has created an international online academy to coach harp players worldwide in the art of reinvention through improvisation. 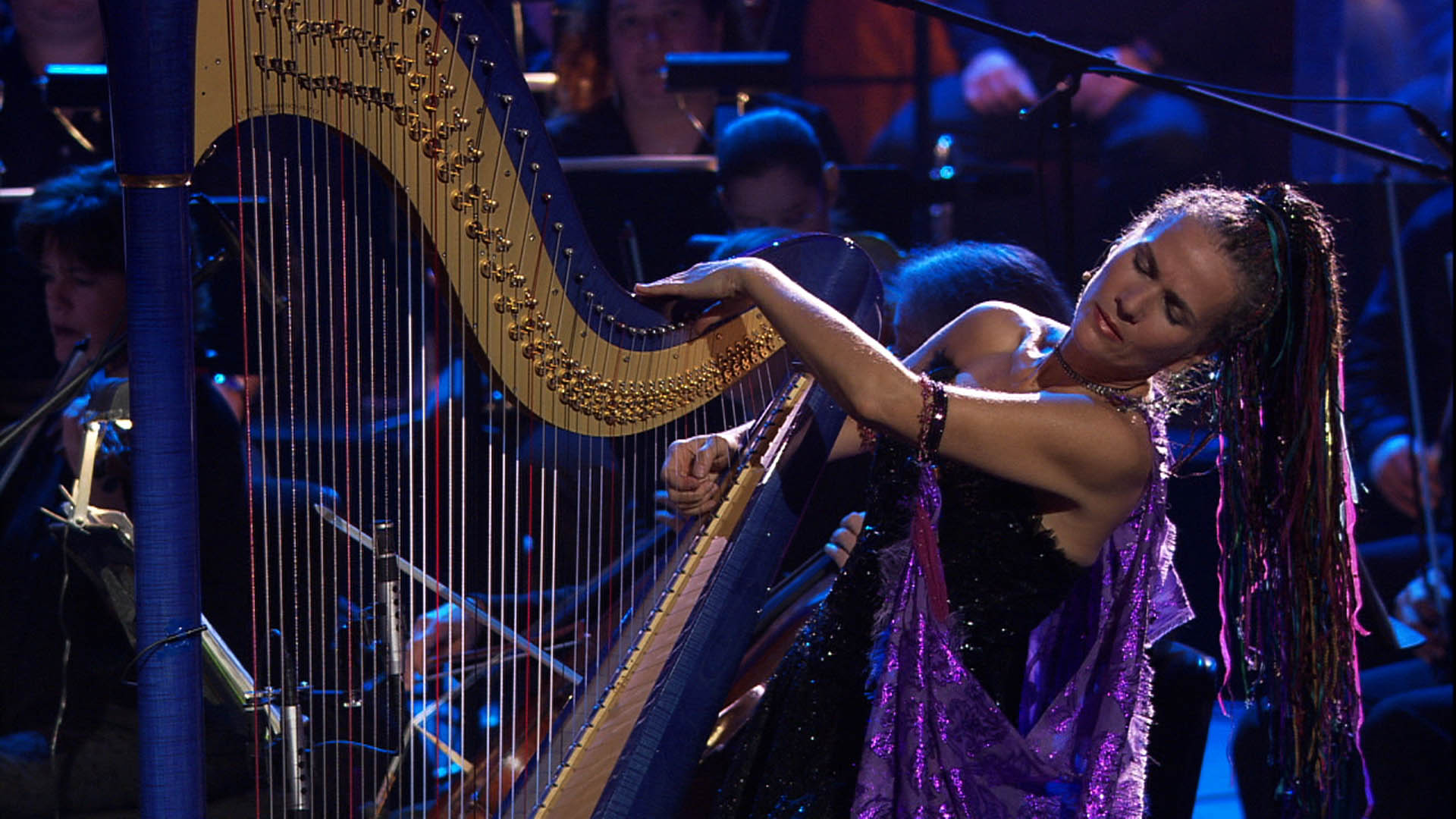 A mission to Keep the Music Alive

The Livestream Premiere of “Invention & Alchemy is a fundraising event for the Grand Rapids Symphony.  Join us. Take your place in the symphony of community culture. And see just how powerful your voice can be. All donation will be matched dollar for dollar through Aug. 31, 2020. Donate HERE. 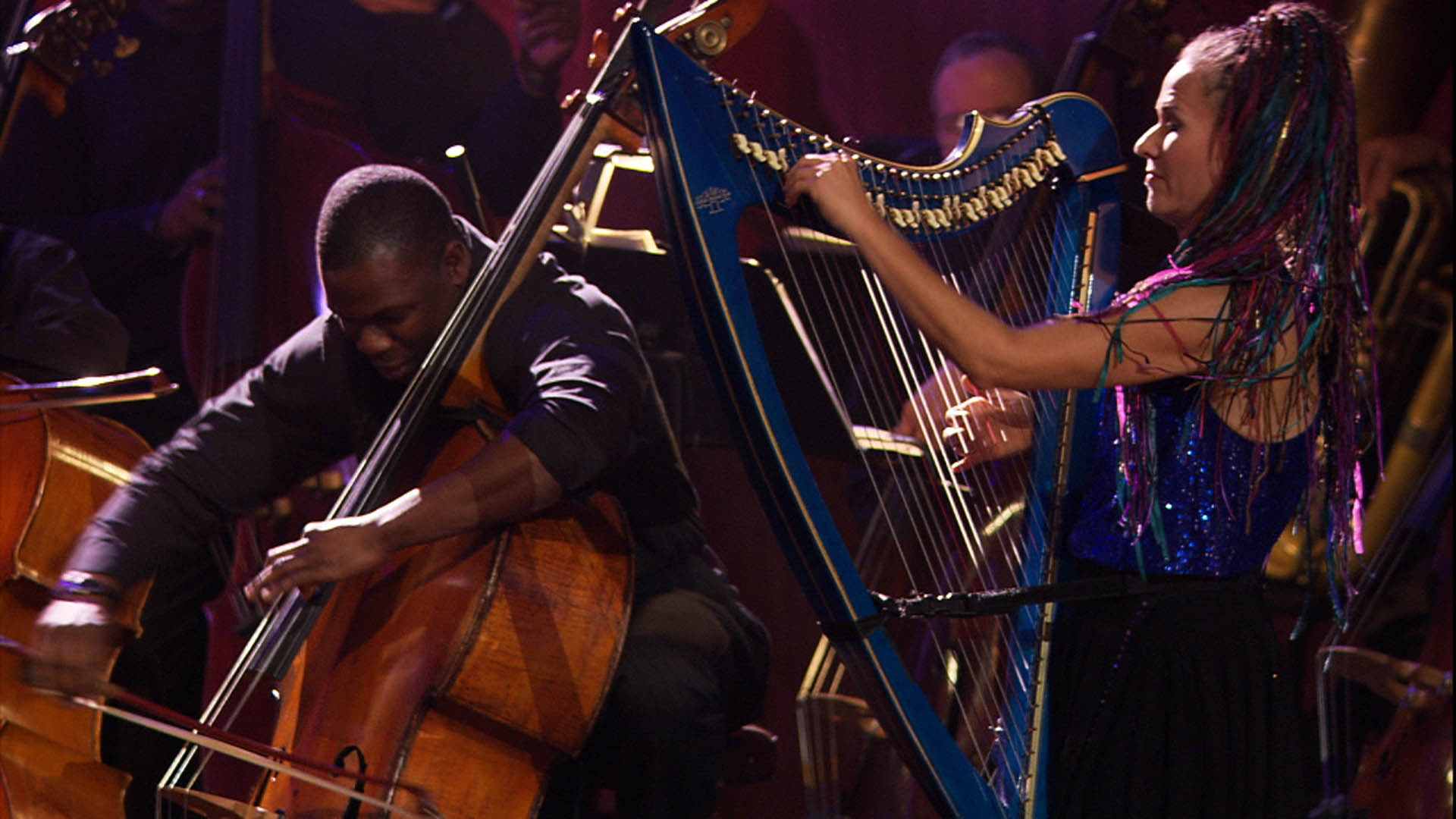 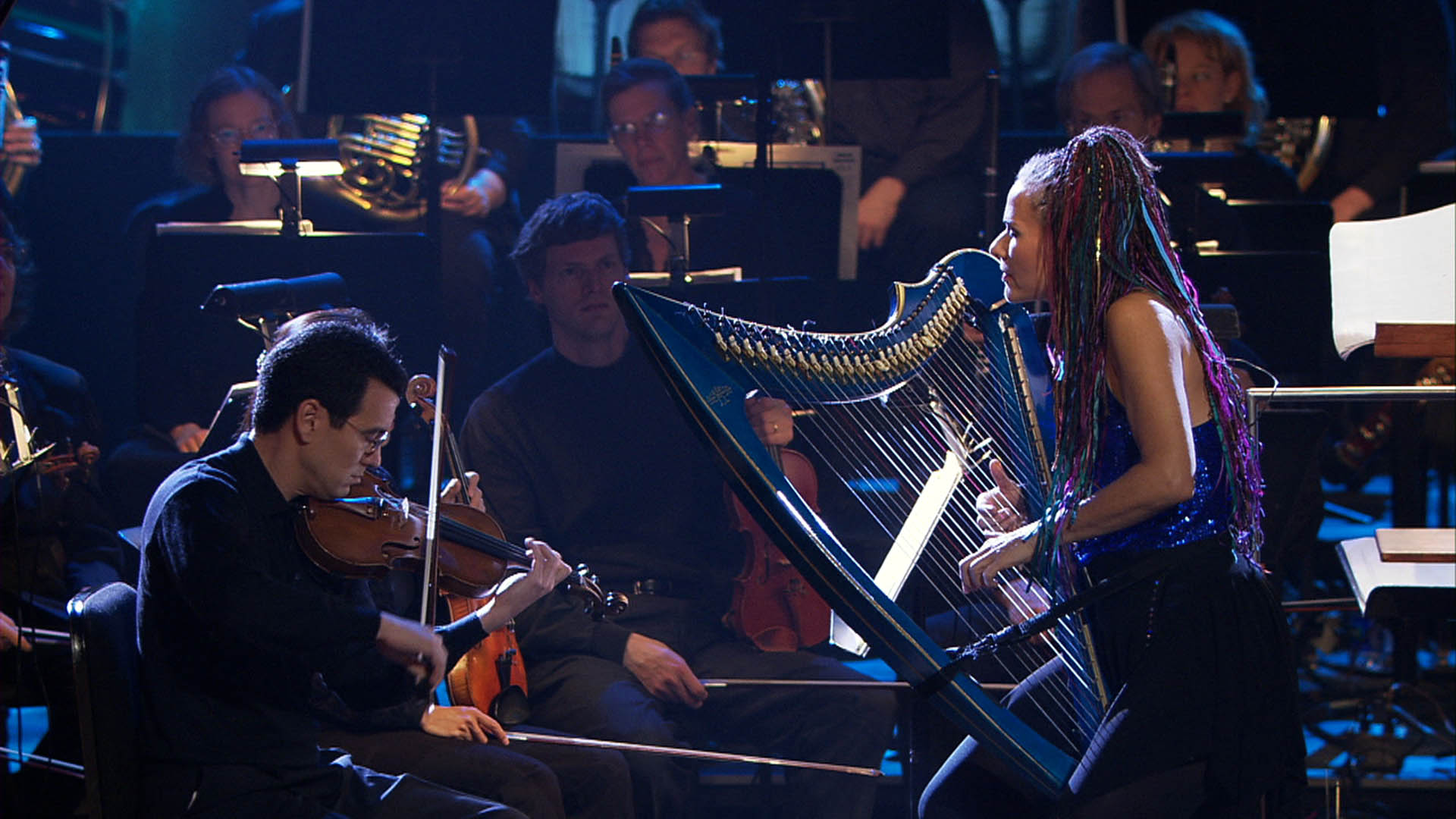