Why Hair is Curly

Carol and Michael and I lived up above the Dance Palace, along with Emery, my dog.  At one point, Sparks, who lived up the hill, started taking all his dinners with us, which was great, because Sparks actually knew how to cook.

My culinary repertoire was spaghetti and tacos, and since we were living collectively and trading-off dinner duty, having a 4th person to share was great. 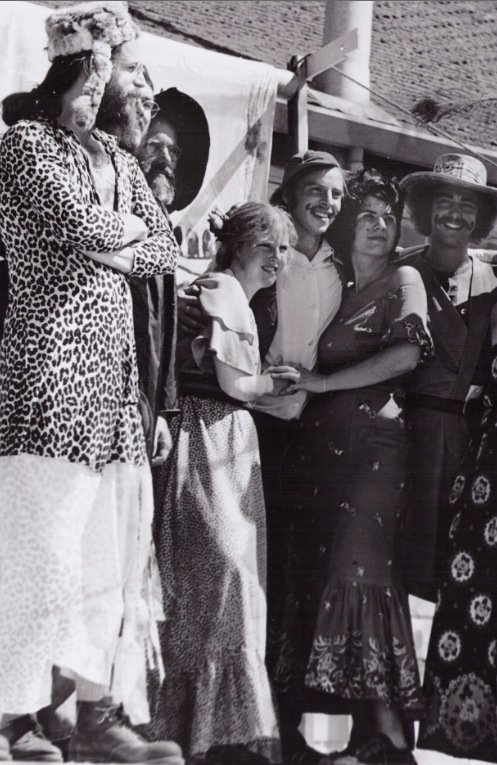 Sparks (in leopard-print) fully embracing the ridiculous. Me (in black wig) still hoping for at least some glamour.

And I especially liked that it was Sparks.

Sparks was really, really, REALLY smart.  He also had a unique fashion sense. He drove beautiful old cars, and he’d vowed not to cut his hair for 7 years, though I never really got why that was, just that he seemed sensitive about it, so better not to ask.

When I first came to the Dance Palace and we had frequent physical improv classes, Sparks was the only person willing to commit his body fully to acting ugly, screwing up his face or twisting his torso and arms when he did improv.

I had never seen anyone willing to do that, and I found it stunningly beautiful.  I always tried to strategize that I’d be trading off physical gestures with Sparks in improvs, so that I could copy his physical characterizations.

Sparks wasn’t afraid to look utterly ridiculous.  That seemed like a huge personal power to me, and after meeting Sparks, I aspired to it.

There was a time, when Carol and Michael went on vacation, and that Sparks and I decided to mechanize the art of taco production, to eat tacos every night for two weeks,  replenish our supply of taco innards, which we kept in a large Tupperware-type container, and see how skilled and swift we could get at making tacos so we could minimize dinner preparation and maximize sitting around chewing the fat after dinner.  To this day I can eat the same thing day after day and thoroughly enjoy it each time.

But this story happened before Carol and Michael left … or after they came back … in any case, we were all sitting at dinner.  So, before I tell you the story:

Sparks and I had straight hair.

Carol and Michael had curly hair.

So one night, as we all sat at the table, we started talking about why some people have curly hair and some people have straight hair. We discussed it for awhile, Carol and Michael argued about it, and then Sparks said, “It’s because of pores.”

We all stopped and looked at him.

We all looked at him visualizing square pores and hair follicles, and he looked back at us.  We all just stared at each other, and then Sparks’ neck began to darken.  Then his chin, his cheeks, his nose got redder and redder and his forehead crawled with bright crimson.

He just sat there, completely red, and nobody said anything.  It was like we were all caught in different time zones of reality.

And everything shifted back to normal-time.

The problem was, we’d never heard Sparks lie.  Or even joke, in that way.

It was the first time I’d ever seen someone trapped by their ability to influence others.

That moment blurts itself into my mind often, as if it were a parable about what a shock it can be to see the effects of your own power, even in something as small as a moment of humor. 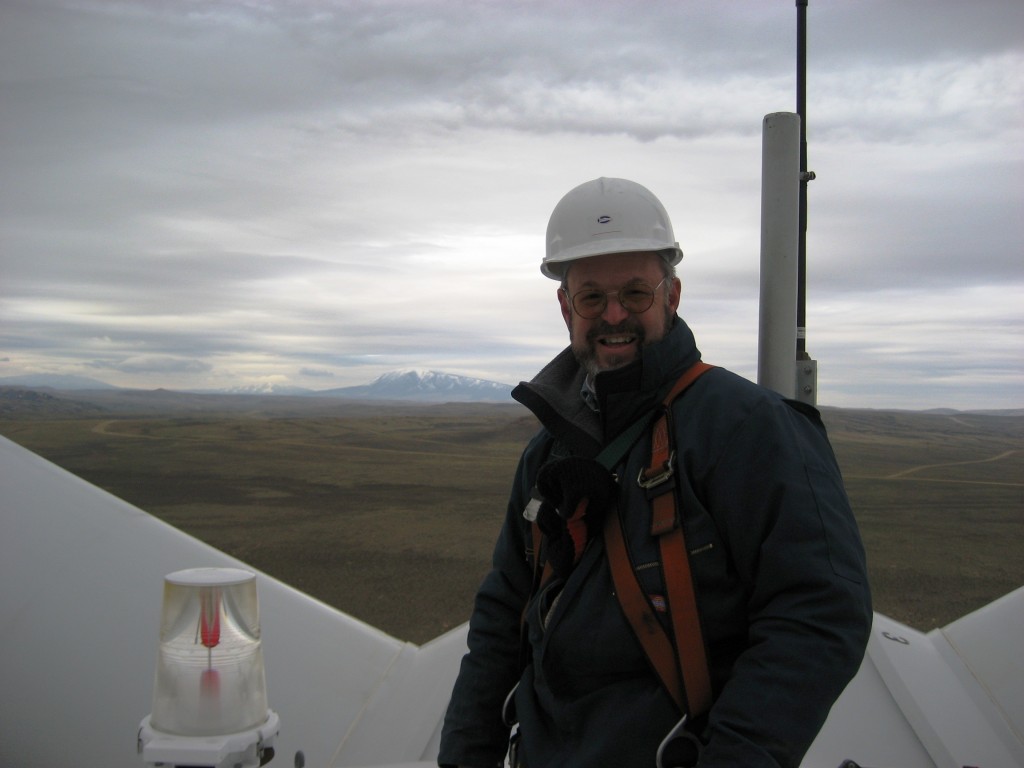 Sparks these days - on top of a 300' wind turbine - the machines he plays with now.