It’s SPRING! So SING… with your Harp! 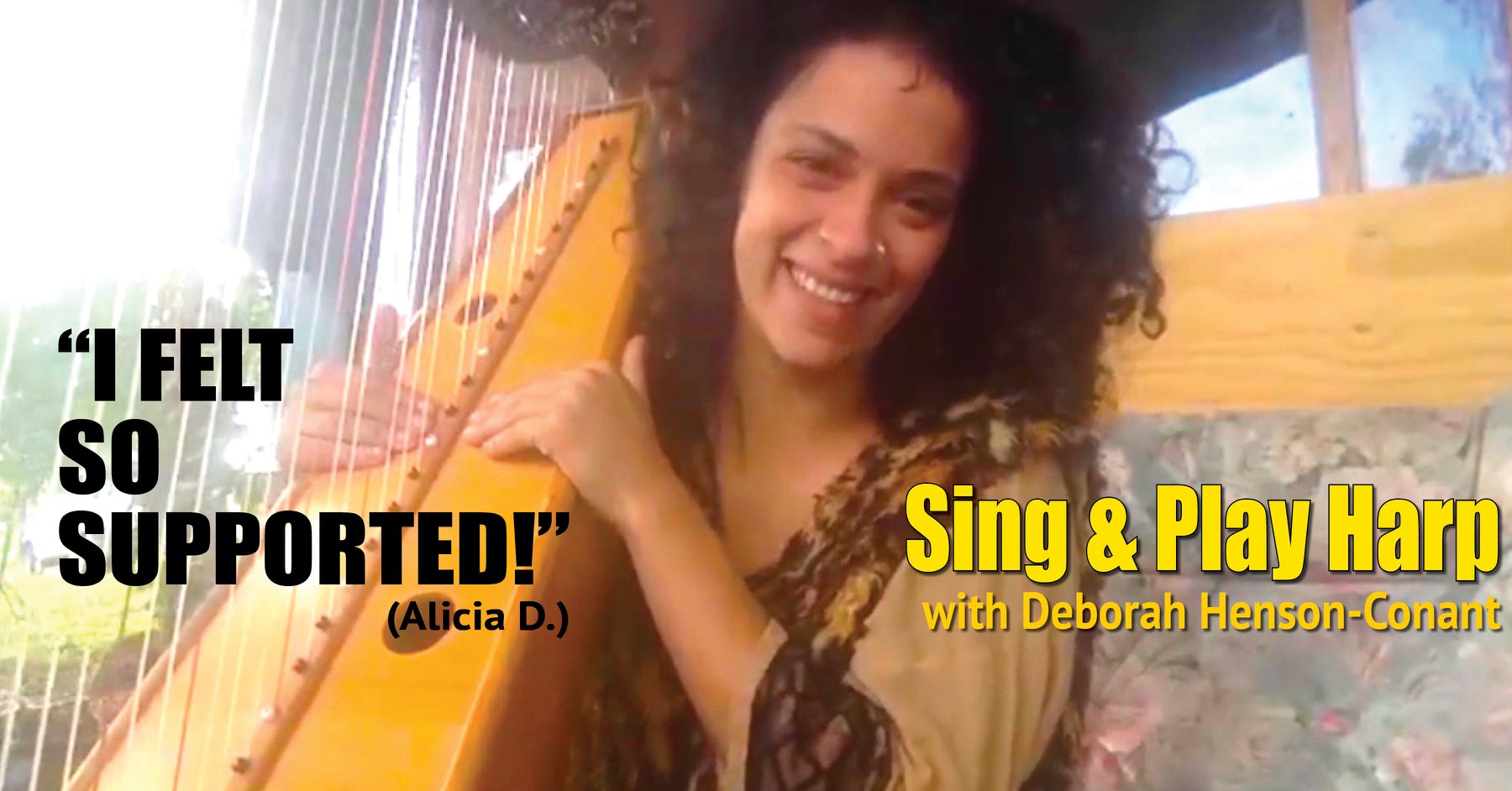 It’s Spring!!!! And I want to tell you what people are doing with my BRAND NEW “Sing & Play Harp” class called “3-Chord Magic”:– because it’s all about bringing new growth, a new sense of life, a lifting of the spirit that Spring brings. Here are two examples:

Margi Miller is playing her harp for Alzheimer’s patients, something she’s done before … but now that SHE’S singing, so are they!!

Alicia Dawes-Salazar took the three chord pattern from “3-Chord Magic” and created a song about kindness and now she sings and plays it for the children in the school where she works – as the children dance and sing with her.

Both Alicia and Margi took “3-Chord Magic” less than 3 weeks ago. It’s the first class in the “Sing & Play Harp” Immersion series and they each completed the class in one afternoon. Now it’s changing their level of engagement and connection with the people they play for: children, and elders.

That’s not because they’re suddenly adding complex, fancy techniques – but because they’ve unlocked the power of human connection that singing and playing harp gives you — they’ve opened up to a new level of inspiring, liberating, empowering and enriching the lives of the people they play for … and with.

The first class in the “Sing & Play Harp” Immersion Series.

What other students are saying…

“Who knew that something that sounds so great could be so easy!!!” (Anne Horton)

“It was PERFECT to do things step by step, first the RH, then the LH, then the voice” (Margi Miller)

“It’s really powerful. I NEVER considered singing and playing…… but now I will!” (Laurie Grant)

“Clear instruction, with repeating internalizes and locks it in. What a wonderful way to spend an afternoon.” (Nicole Devault)