I found my Mentor in a Barn

My first solo show post-pandemic is at one of my favorite places in the world: Celebration Barn Theater in South Paris, ME on Sat. Oct. 8, 2022 This Barn is where I first conceived of a new kind of harpist – freed from sitting behind the harp, full of song and stories and movement, thanks to Celebration Barn founder, Tony Montanaro.  Come join me Sat. Oct. 8 –  BUY TIX NOW!

Enjoy this blog post from a few years ago – about my relationship with Tony, my mentor.

I was afraid he wouldn’t accept me.

So I put it off – calling him. Stuttering through call, afraid he’d say: “What are your credentials?” or “You have to pass a test” or “I only work with highly experienced people”

But he didn’t. He said “Come on up – we start this weekend.”

That was my mentor, my coach, Tony. And he changed my life, and everything I’ve done from that moment on. 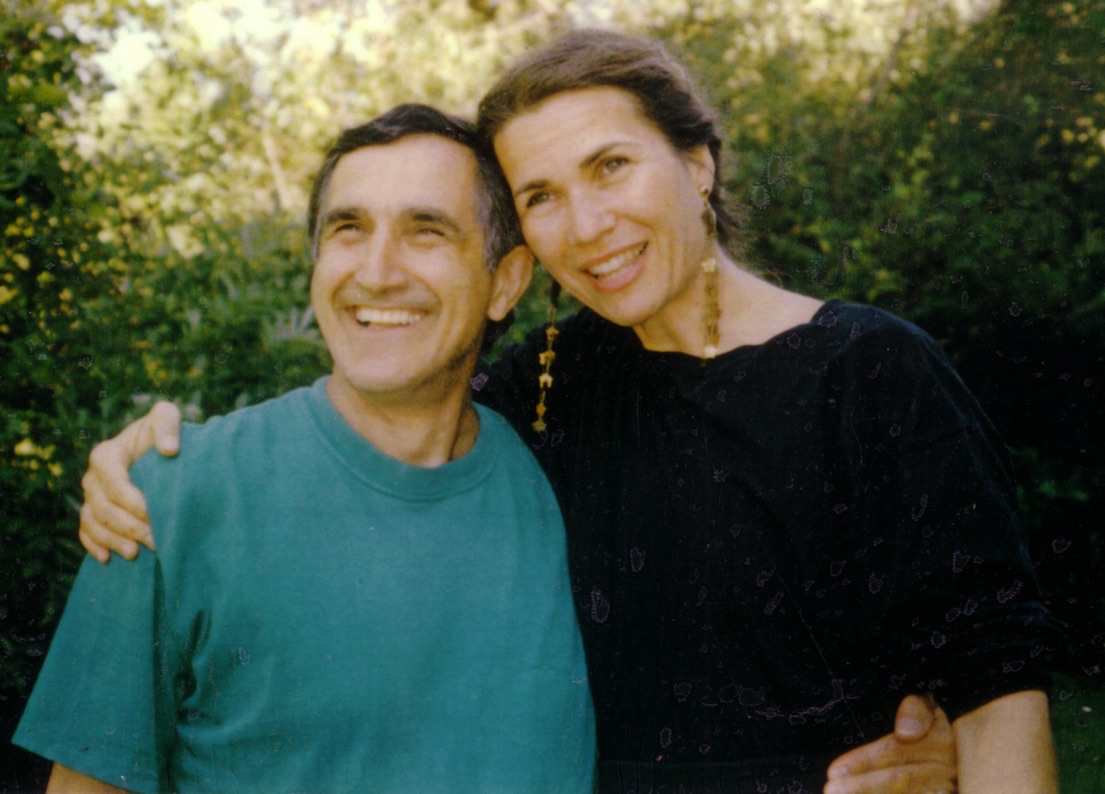 If you were in my mind, you might see me looking at a short Italian guy in an orange jumpsuit.  But I’m seeing a stadium of improbable beings, huge and tiny. When I imagine Tony Montanaro I see everything his mind invented, and all the things his body described.  He was the most physically creative person I’ve ever known, and he could transform in a split second from a giant to dancing flea.

“Yeah, yeah, yeah … so the guy’s a mime,” you say. “The silent type with the white-face.”  But Tony spoke a lot and he didn’t paint his face. Sure – he could mime – he and Marcel Marceau studied with the same teacher.  But he went beyond mime to a form he called “Physical Eloquence” – the art of physical story-telling, with voice, body – and everything.

Tony moved to Maine in the early 70’s,  bought an old barn in South Paris Maine and turned it into a theater he called the “Celebration Barn.”  He taught and performed there.  He became known as the “Guru of Street Performers.”  Sooner or later every non-traditional performer on the Eastern Seaboard made their way up to Tony’s barn to study with him.  You know the host of “America’s Funniest Video’s” – Tom Bergeron?  He studied with Tony.  You know the “Mentos Guys” from the TV commercial? They came to the Barn, too.  And, along with actors, jesters, jugglers, puppeteers, storytellers and dancers, I also found my way to the Barn. 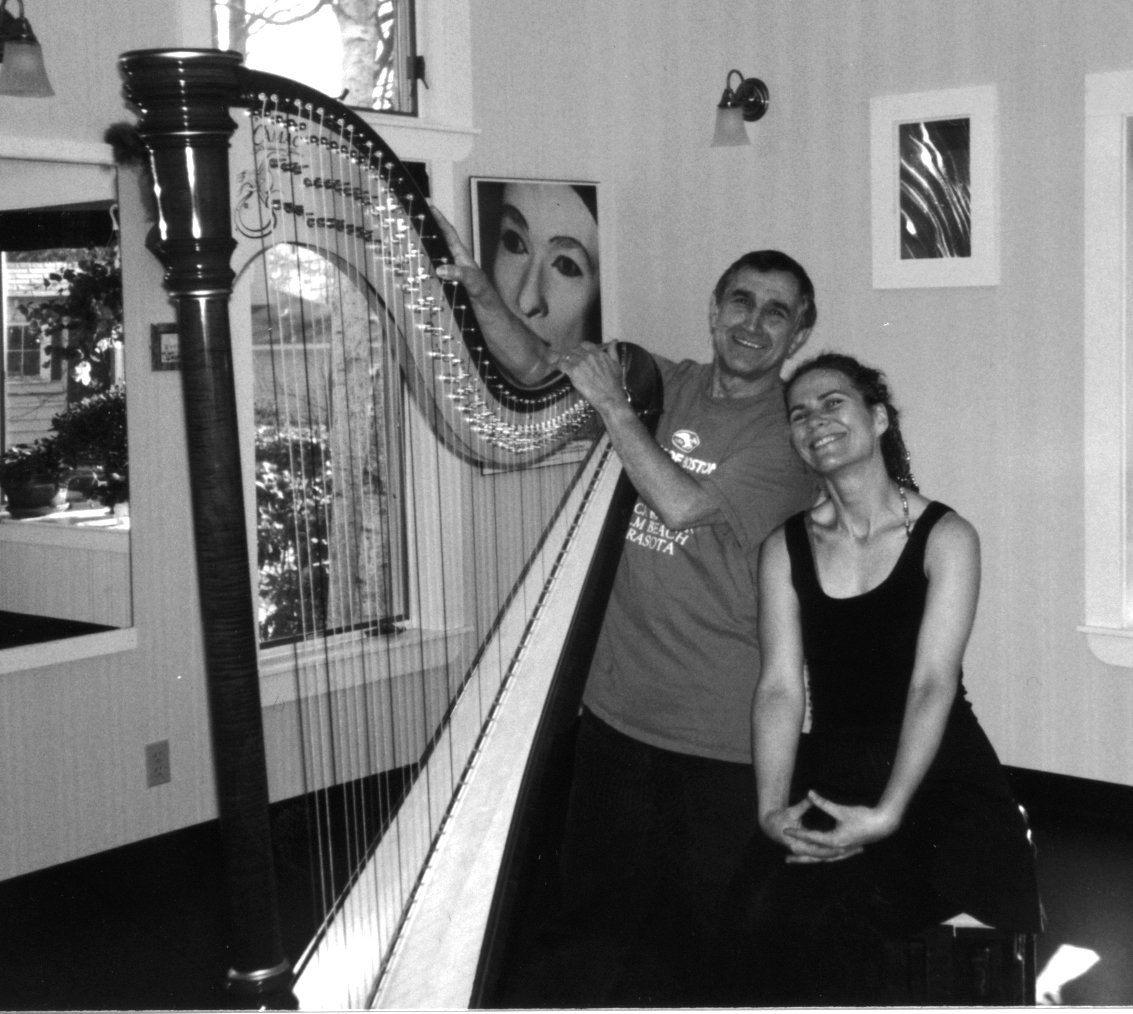 Did I rush up there the minute I heard about him?

No!  I didn’t have the guts!  It took me 3 years to get up the courage to actually call and ask if he’d take me for a student.  I was afraid he wouldn’t accept me, afraid I wouldn’t fit in, because his workshops were for — well, for other people.  People who could do things I couldn’t do. People more able than me, solo performers (which I wasn’t yet), people with exotic skills and street-smart courage.  He was “the guy” and I was some weird little harp player!  When I finally got the courage to call and stuttered out a request to study with him, he said, “Sure!” — and that began a relationship that changed my life.

As I watched Tony use his body like an instrument — I learned how to make my own awkward instrument into a part of my body.  And when I whined about the prejudices and stereotypes people have about the harp, Tony just looked at me and said,  “The harp is the instrument of the storyteller. Tell your stories.”

So that’s what I do, every time I walk onto the stage. I remember everything Tony taught me and I tell my stories….

This short video takes you to the Barn where I found  Tony: