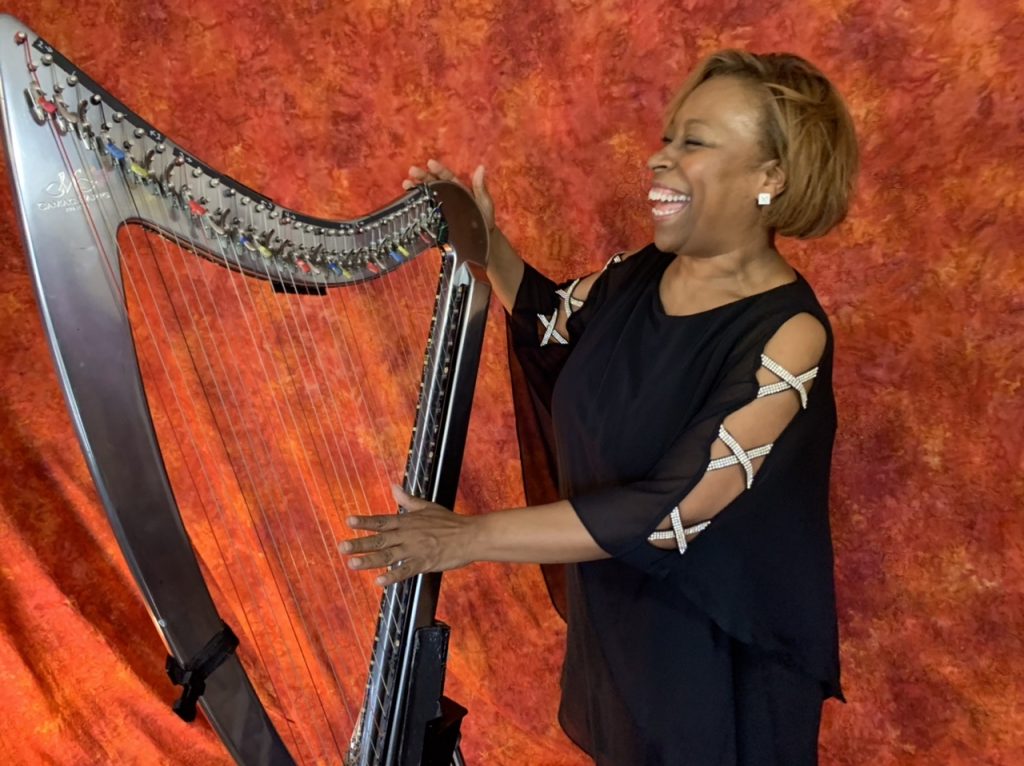 Robbin Gordon-Cartier is the first person to ever combine the teaching of “Baroque Flamenco” to a group of public school students … and then take them on a field trip to perform the piece with symphony orchestra.

A BRIEF BIO of ROBBIN:

Robbin is a Salvi Concert Artist and has presented a week of master classes and concert at the French ambassador’s residence in Bogoto, Columbia for the Salvi Harp Foundation. Robbin is a sought-after presenter of workshops across the country. She has a Bachelor of Arts Degree in Music Education and a Masters in Harp Performance from Montclair State University.

DESCRIBE THE FOLLOWING PERFORMANCE OF ‘BAROQUE FLAMENCO’ INCLUDING WHERE & WHEN IT WAS:

This performance was with my students from the Cicely L. Tyson School of Performing & Fine Arts and the They competed in a DHC Challenge and won the spots to perform. We participated in video calls with Deborah as they competed. It was a great experience! This was November 17, 2019 at the Carlisle Theater in Carlisle, PA.

2.  What do people say when you play this piece?

I didn’t know that a harp could sound like that.
I thought I’d be bored at a concert with harp and this was the best part.
No one is sleeping on that piece!

I saw the video on YouTube from Deborah Henson-Conant and I was so amazed by this fantastic piece that I really wanted to play it.

The challenge of doing something different from all my other repertoire pieces. I wanted the challenge of stepping out of the box and this piece was it!

I wanted the challenge of stepping out of the box and this piece was it! #BaroqueFlamenco Click To Tweet

4.  What does this piece add to your repertoire (and/or your life) that you didn’t have before?

This piece adds movement, spirit and passion. I think it is a piece that continues to grow with you and that really is important to me. It’s also a piece that you can play differently each time and I love that type of freedom.

I’d tell them to take Deborah’s Baroque Flamenco course. It really helps to go through the steps. I was blessed to be able to work directly with her through Harness your Muse and that’s the best option!

When you work directly with Deborah, you get the complete spirit that she wrote it in. You get her tips and suggestions but she also gives you the freedom to play it your way. I think that’s the biggest gift.

Deborah Henson-Conant continues to be a huge inspiration to me and I hope that she publishes all of her music that is waiting to be heard!!

Want to know more about Robbin? She sent us these links to her PBS “American Portrait” series, sharing with us: “I was called for this series a few days ago – and thanks to you I just said ‘Sure’!  The PBS interviewer came and filmed these videos – I just answered without thinking they’d go live.”

My Parents Wanted me to…