One thing I love about teaching at Hip Harp Academy is getting to see the “Final Beginning Projects” that each student does. This is a culmination of Sally Walstrum’s experience in the Blues Harp-Style class – and this is just the beginning!
This post is from a series that shares the “Final BEGINNING Projects” from my winter 2015 “Blues HarpStyle” online course for harp players. students created short videos based on what they learned in the course, and answered 5 questions about what they got from the challenge of this project. 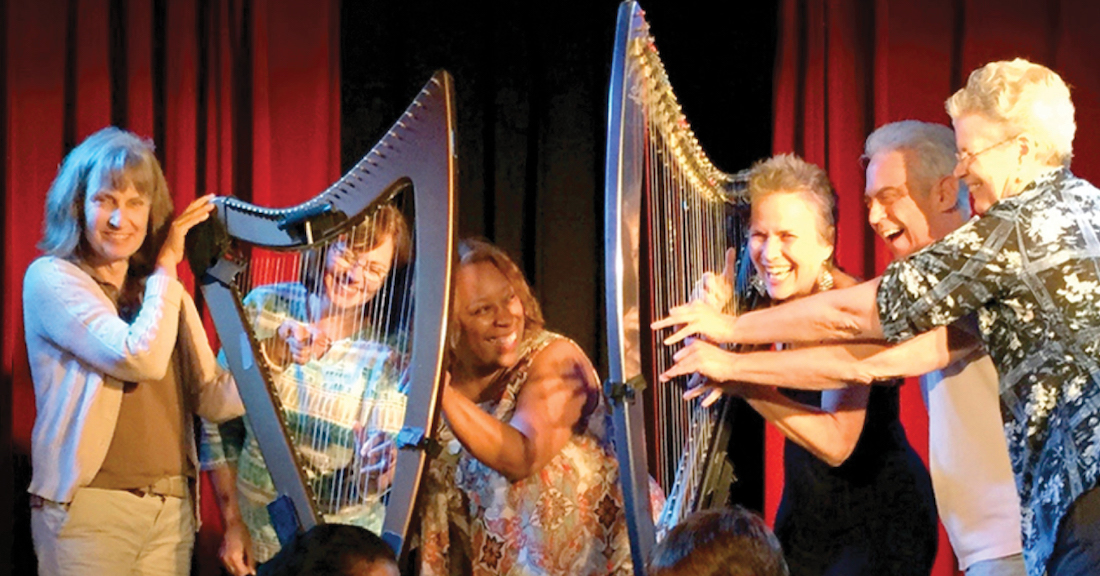 Hip Harp Academy is a year-long membership program for harpists - from fledgling to professional - who are committed to develop their skills and self-confidence in improv, arrangement, performance and self-expression - with an award-winning coach and a vibrant, supportive creative community. 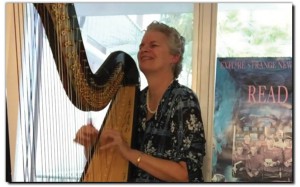 1. Give a short description of what it took for you to get to the place of being able to play what you did – both logistically and emotionally.

Emotionally, I had to let myself be a beginner. After nearly 50 years of playing the harp; I had to strip everything down to the basics and not go too far too fast.

Logistically, it was about the recording. I recorded with two cameras in the hopes of getting a shot establishing that I was standing at the harp. That shot turned out so poorly that I threw it out and just used the closer shot. (I used my editing program to alter the one remaining shot a bit in my video.)

I had to strip everything down to the basics and not go too far too fast. Click To Tweet

I learned that I had the freedom to break away from my inhibitions. I struggled with this Blues because I had writer’s block. I figured I should write what I know, which is the library. But I thought it was pretty lame, and I was reluctant to present it. Somewhere along the way, I realized that I needed to stop overthinking, let go of the inhibitions, and enjoy the process.

I think my two biggest challenges were the fact that I sang and that I played harp while standing. I realized that I could be more expressive in this Blues singing rather than playing harp, regardless of the quality of my voice. I wanted to stand, partly because I kind of like the challenge and the look of it. But my main reason for standing was to free my body in order to move more and help with the groove.

The Blues is something that I’ll have to live with for a while before I really feel the groove. My presentation truly is a BEGINNING project, as I have a long road ahead with Blues. I look forward to the adventure.

I just want to thank everybody for their encouragement and camaraderie. This group is the best.

And a special Mahalo (thank you) to DHC for everything I’ve learned and experienced these past months. It’s now time to go forth and make my own musical adventures. I had kind of lost that part of myself these past several years and you helped put me back on the path.

I had lost that part of myself these past several years and you helped put me back on the path. Click To Tweet

Sending Aloha to you all!