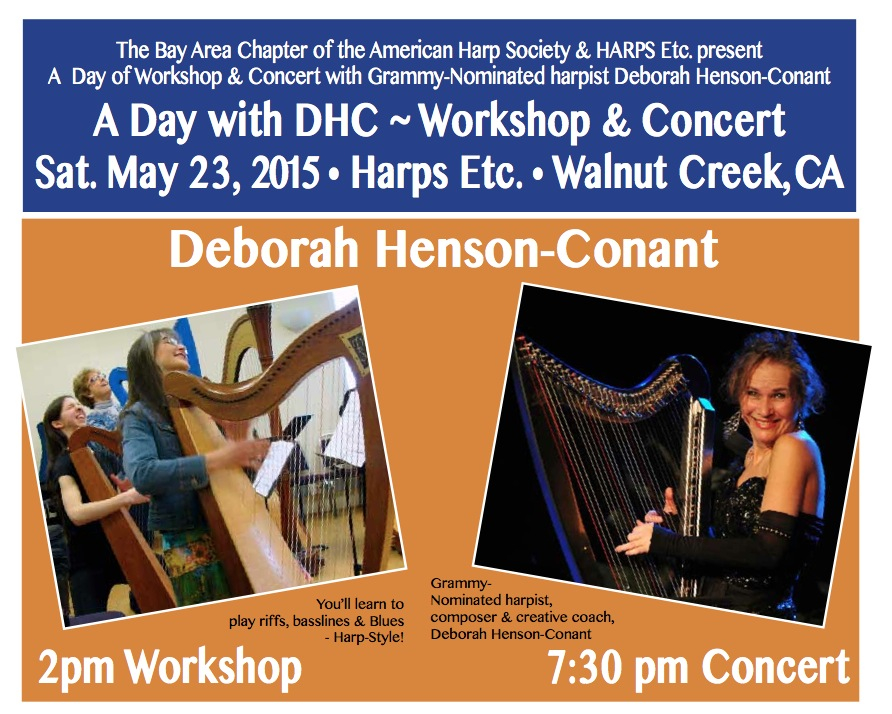 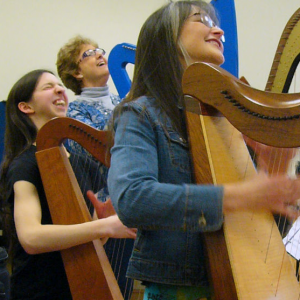 Come with your harp. Leave playing the Blues!  A hands-on workshop for harpists from Fledgling to Professional, lever or pedal harp. You’ll learn the rhythm and harmony of the Blues, the use-it-anywhere “Slap Bass” technique and how to create basslines, riffs and comping (and you’ll even learn what those words mean!).  And best of all, you’ll be PLAYING the Blues!

THE SHOW ….is Looped!

She’s a Grammy-nominated electric harp virtuoso with a wicked sense of humor, a gutsy set of vocal chords and a theatrical flair.  And in this intimate show at Harps Etc you’ll experience DHC up close and personal.

Take a harp. Shrink it down. Strap it on. Plug it in. Deborah Henson-Conant 5/23/15 Walnut Creek, CA Click To Tweet

Want to do both?

Register for the Workshop AND Buy Tickets to the Concert! http://www.harpsetc.com/deborah-henson-conant-workshop-and-concert.html