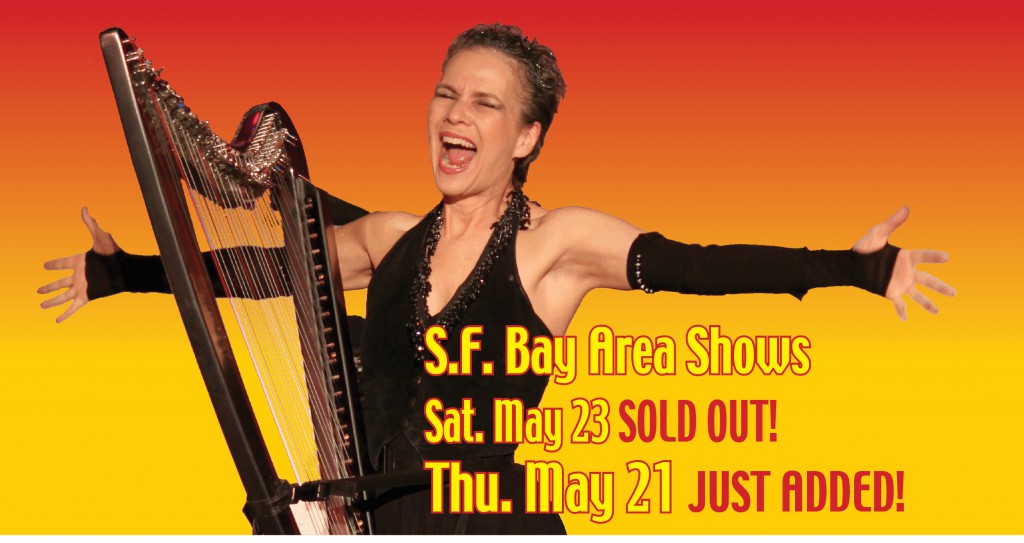 She’s a Grammy-nominated electric harp virtuoso with a wicked sense of humor, a gutsy set of vocal chords and a theatrical flair.  And she’s bringing her harp to the ultra-intimate Showroom of HarpsEtc in Walnut Creek, CA.  Upclose an personal?   OHHHHH yeah!

Her Saturday show in Walnut Creek is nearly sold out and they’ve just added a 2nd show on Thursday, May 21. DO NOT MISS THIS!

If you’ve never heard Deborah Henson-Conant (aka DHC) there’s no way to prepare you for the show. She pulls sounds from the strings you’d never expect to hear from the instrument St. Peter hands out at the Pearly Gates: Blues. Jazz. Flamenco. Distortion.

Take a harp. Shrink it down. Strap it on. Plug it in. Deborah Henson-Conant 5/21/15 Walnut Creek, CA Click To Tweet

And if you play the harp (as a surprising number of people are now starting to do!) – register now for Deborah’s Sat. May 23 “Playin’ the Blues” workshop at HarpsEtc.com Showroom.  Get more info on the workshop here.