The Second Life of a Miniature – with Chamber Ensemble at Sensoria

When I was building the huge symphonic project “Invention & Alchemy” ten years ago, I needed some kind of ‘miniature’ to work in.  We’d be filming with 70-piece symphony orchestra – a full evening of my original orchestral works – which would eventually end up as a public TV music special and receive a Grammy Nomination.

But when I was building the project, I was just thinking about how to get it all to work.

We only had three chances to film it, and the entire crew: director, lighting designer, audio engineer, camera operators, all needed to know exactly what would be happening on stage at any time.

All my work combines story, music, movement and improvisation, so if you’re filming you need advance warning of what’s going to happen – and this was on a huge scale: 70 musicians and an audience of 2000+ each night.

And it’s not like I’m your standard Soloist-in-Front-of-Orchestra – I love interacting with individual players in the orchestra so there are duets with the first violinist and timpanist, schtick with the percussionists,  theatrical moments when the conductor comes off the podium and takes on a character in relation to my own and moments when I leave the harp bench and simply dance.

ABOVE: A scene from “996” in the miniature or “Maquette” version

BELOW: The same scene 6 months later with full orchestra 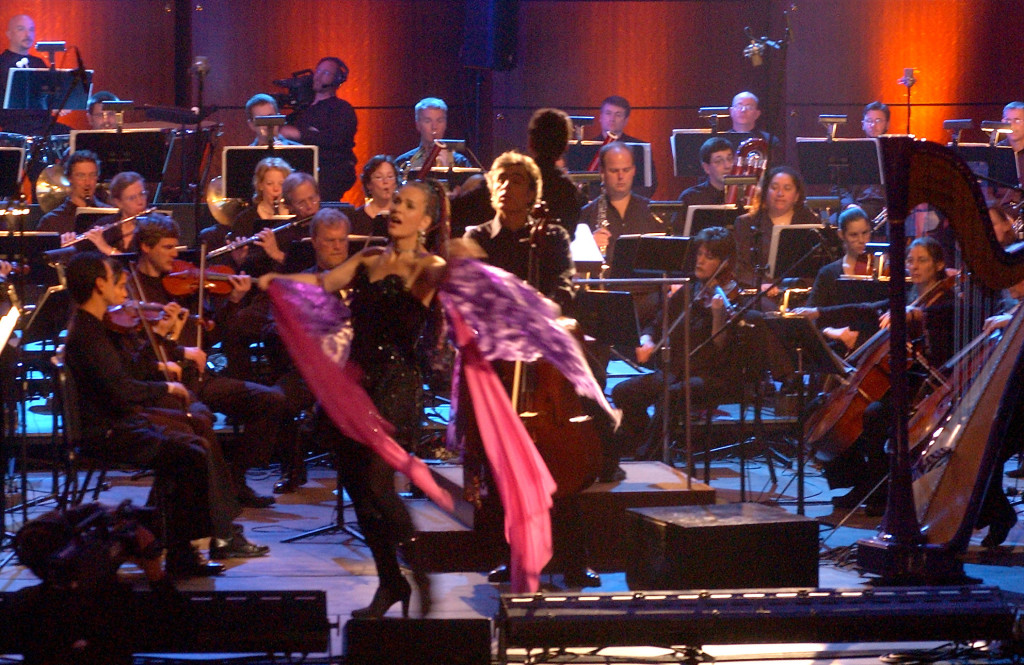 I had the entire show in my MIND – and the orchestra had music for all the pieces – but that didn’t help the director and lighting designer.  They had to make split-second decisions and they had to know what was coming up.  And, by the way, they don’t read music.

I thought about how to make an experiential blueprint – a miniature, a mockup, or what architects call a “Maquette” – and I finally hit on an idea:  I rewrote the entire orchestral show for an 8-piece chamber ensemble: string quartet, flute, clarinet, bass & percussion. Plus me with harp and voice.

That means I shrunk the size of the ensemble to a little over 10% – but kept all the music.

If you’re near Charlotte, NC Apr. 11 come see the 2nd life of these miniatures Click To Tweet

These Chamber Ensemble versions of the project became my miniatures.  We performed and filmed those with a small independent multi-camera crew, and gave those films to the director and lighting designer to study – and that was how they were able to anticipate, light and capture everything that happened on stage.

But here’s what I discovered: these miniatures didn’t just ‘represent’ the full orchestral pieces – they were unique musical works in their own right.  The sound of single instruments – versus an entire section of instruments – has both a power and an intimacy that’s very different from the full orchestral versions.  I realized that these works had their own powerful voice. 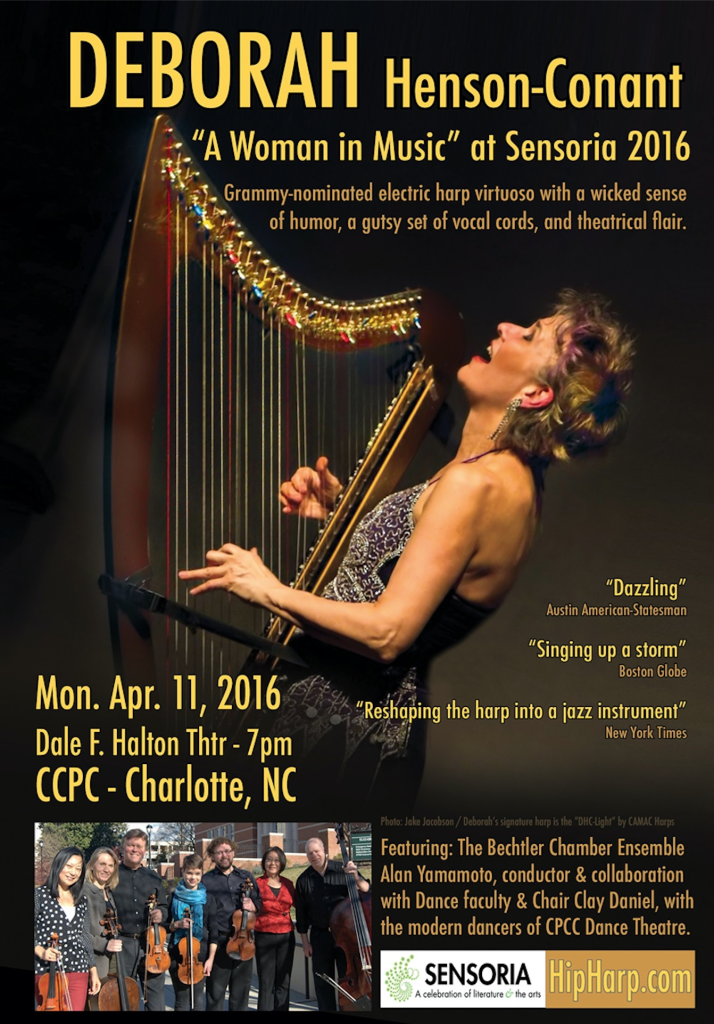 That was 10 years ago, and I’m now preparing some of those miniatures to publish in their own right — and performing several of them with the Bechtler Ensemble this April at the 2016 Sensoria Festival, a celebration of the arts, in Charlotte, N.C.

If you’re anywhere near Charlotte, NC on Mon. Apr. 11 (2016) come see the second life of these miniatures.  You’ll see what I discovered myself, after writing them – which is that they have their own unique power – more intimate than the orchestral versions, more expressive of the individual voices of each player.

They were once created as a means to an end … they’re now evolving into a powerful end of themselves.