The Taste of Romance 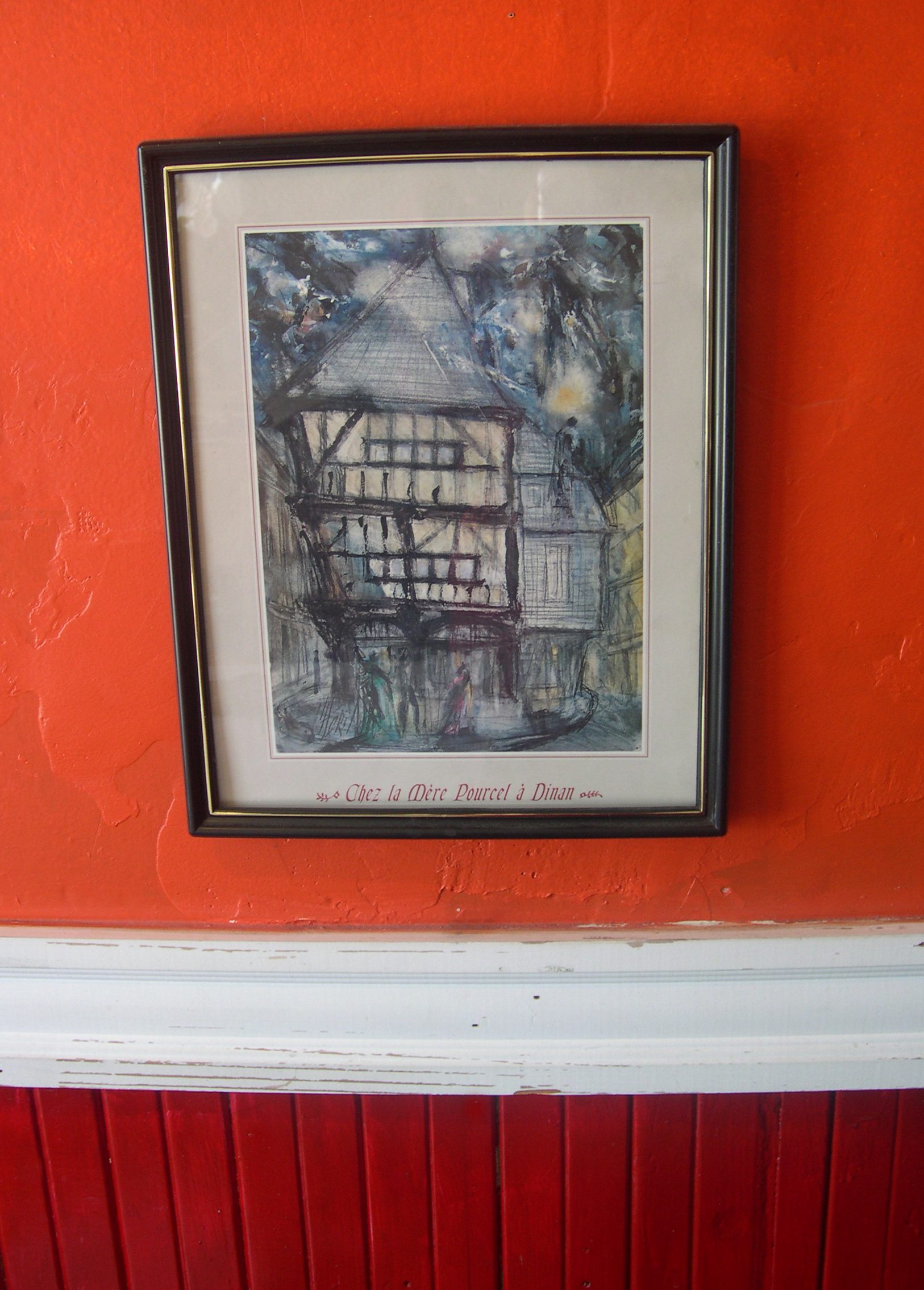 There were two especially romantic dinners I had with Jonathan.  And both in places that subsequently disappeared.  As did the romance with Jonathan.  But the memories are still sweet.

The first was in the gutted-out space that would eventually be his studio. At the time, there was no electricity, no walls, no floor.  Just a large empty space, supporting beams and a gorgeous contraption built of pipes and valves that may have been part of the heating system.

We brought in a card table, a linen tablecloth, wine glasses, plates and silverware, folding chairs, candles and take-out of our favorite Indian food.  We placed the candles on the concrete floor, set the table with china and chrystal goblets (OK, I think it might have been plastic plates from Chinatown and a couple wineglasses from China Fair). We got into our favorite fancy clothes, and dined slowly in that cool darkness.

It was a fine, fine dining experience, and very romantic – but once the space was built out, with windows and carpet and lighting fixtures … our secret place was gone.

The second was my treat, a 40th birthday present for him.   I said, “I’m taking you out to dinner.”

“My favorite restaurant.” I said.

He was silent for a moment. “Oh… I guess we won’t be driving.”

We could only get away for three days, but I found some cheap tickets to Paris, where we rented a car and drove the 6 hours to the tiny Breton village of Dinan, where I’d made reservations in an exquisite family-run restaurant I’d discovered once on tour.  It was called “Chez Ma Mere Pourcel” and it was a single large room that looked almost like a gracious,  rustic livingroom.  Instead of choosing from the menu, we simply asked that the chef create us the dinner of his choice — and we sat back and experienced it.

I’m not normally a lover of fine dining.  Going out to eat just doesn’t compute as entertainment for me — but this was different.  This was pure experience.  Before each course, a young person – sometimes a girl and sometimes a boy, casually dressed in a white shirt and black trousers, with impeccable and understated bearing, would bring the silverware for that course:  Spoons larger than any I’d ever eaten with, knives in strange shapes, forks that looked mysterious … and there’d be a moment of suspense, looking at these instruments of epicurism and thinking, “What am I about to eat with THIS?”

And this suspense, the presentation and the atmosphere – along with the food – were what made it a delicious experience of a lifetime.

That night we spent in a beautiful little Bed & Breakfast just down the hill, ran along the river the next day, and then came back to Chez-Ma-Mere for dinner the next night.  Equally wonderful.  Then at 5am the next morning we drove back to Paris, got on a plane and came back home, bringing only a copy of the menu.

This was the most expensive dining experience of my life, although the meals themselves were less than a moderately priced restaurant in Cambridge.  And it was worth every penny.

A few years later, finding ourselves again in Brittany,  we went to Chez-Ma-Mere-Pourcel again and loved it just as much. And a few years after that, we planned another trip.

As usual, I called the restaurant to make a reservation, but it sounded different from the beginning. It had been sold, the man on the phone told me, the family had retired — but was the same restaurant, just as wonderful.

To tell the rest of the story is to describe the pain of seeing an honored hero defaced and degraded.  It was not the same at all.  This exquisite place of romance and taste had been turned into a high-priced clam-shack – nothing against clams.  End of story. No going back.

But … I still dream … I dream that somehow the family tired of retirement and began making – oh, maybe one night a month – the same exquisite performance in their own home.  I dream that I discover them, and I go back again with a new sweetheart, starting a new romance.

It was painful to see the empty shell, but meaningful to realize it wasn’t the building that made itself a place of romance.  That romance still exists somewhere.  And in my kitchen a framed copy of that menu still hangs, as if it might magically recreate the entire Chez Ma Mere Pourcel around it.

And here’s what I think:

Romance is something we bring to the table. A human sense of the marvelous, the artistry, the passion and the whimsy that transforms what we’re doing and where we are.  And that doesn’t disappear.