A few weeks ago I got back from a week in Brittany at the “Harpes au Max” festival in Ancenis.  It was wonderful, fun, scary (like when I got stuck in an elevator) and eye-opening (like when I got to see a harpist-in-a-bubble playing house music at a cathedral nightclub).

One of the things I loved about how this festival was organized was that it truly included the local community.  The concerts were filled with locals as well as international festival goers.

This festival was also unusual in that it included harp ensembles from many parts of the world: Tasmania, Malaysia, Wales and France (of course!) and the festival organized many community performances for those ensembles at shopping centers, hospitals.

I had the honor to perform with the Welsh harp ensemble “Dynamic Harps” led by Shelley Fairplay at a special factory performance at l’ESAT du Pays d’ANCENIS, a training center for “travailleurs handicapés” where I was greeted with great love – and an American flag! 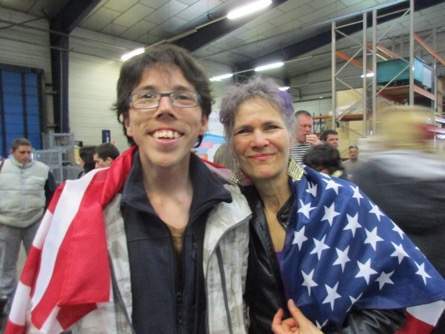 L’esat set up a stage, a sound system and chairs for several hundred people in the audience and 18 chairs on the stage – and every seat was filled – on the the stage with harpists, and in the audience with enthusiastic listeners.  CLICK HERE or on the image below for a newspaper article AND a video I found on line from the French newspaper Ouest-France about this performance. 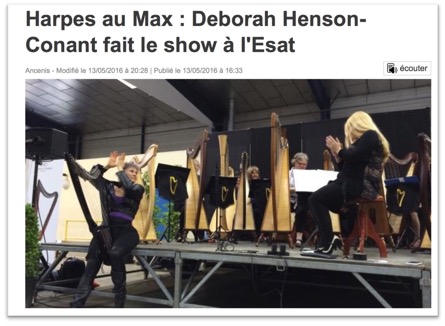 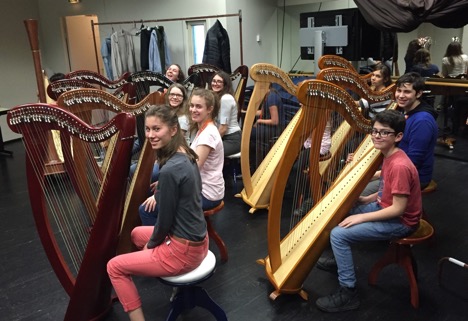 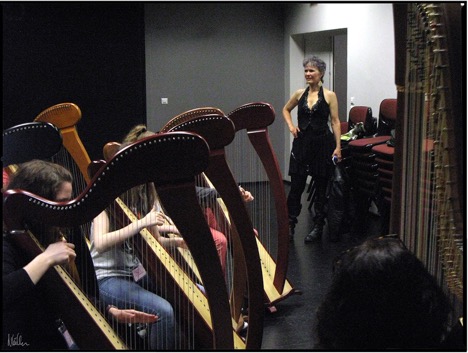 … and then later, in costume after their performance… 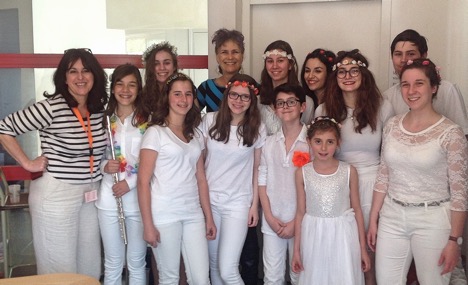 CLICK HERE for an article about the harp ensembles and their adventures to castles and supermarkets around Ancenis with some great pictures!