How do you make the MOST of a Tech Disaster?

In Germany, in the early 90’s, I was road-testing a new electro-acoustic concert harp during a 6-week tour with my trio – Wolfgang Diekmann on bass and Davey Tulloch on percussion (it’s not the harp you see in this picture, by the way). 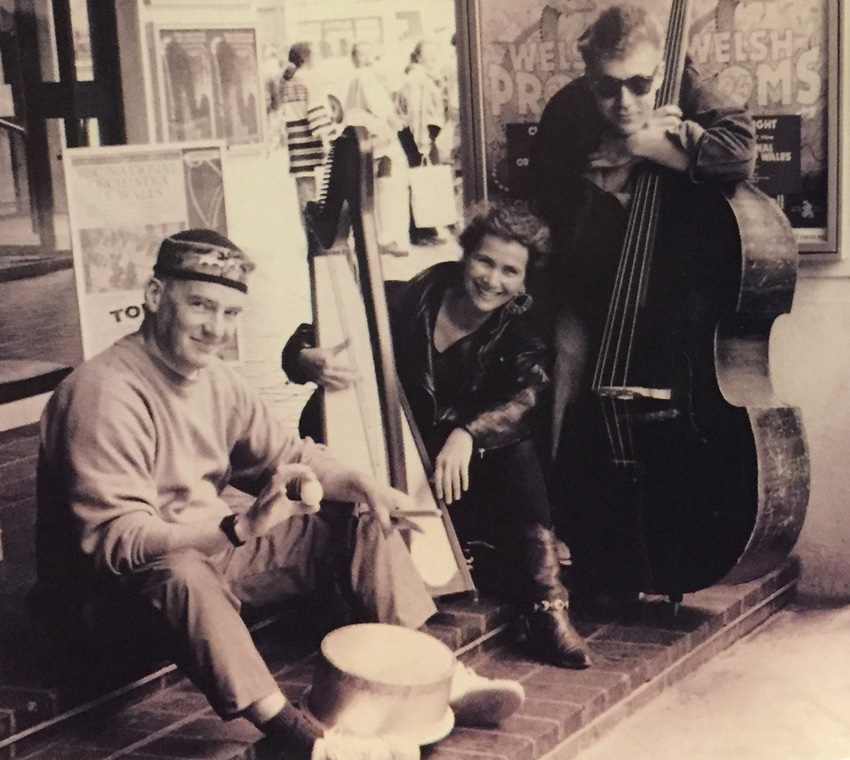 Davey Tulloch, me and Wolfgang Diekmann – my band in the early ’90’s  – posing in Cardiff, Wales for our live album “Just for You” (Laika Records, Germany)

It was a fabulous instrument, with just one problem: every time I played the final, loud, dramatic note of my piece “996,” the entire pickup system would short out and we’d lose all sound from the instrument.

Every time I played the final note, the entire pickup system would short out Click To Tweet

The first couple of times it happened it totally threw me – but after the 3rd time we worked out a routine: we’d play the piece, the harp would short-out, the road-manager would run onstage with a soldering iron. Wolfgang and Davey (bass & percussion) would step to the front of the stage and given microphones while Michael and I flipped the harp on its back and and Michael would get to work soldering.

Davey,  a very funny guy with deadpan humor, would tell a joke in English, and my straight-faced German bass-player would translate it into German, slowly, phrase by phrase.

About a tortoise who gets mugged by seven snails.

Sadly, that problem with the harp was fixed by the following tour, so our tech problems with the harp were few and far between – but from then on I couldn’t wait for something else to go wrong. 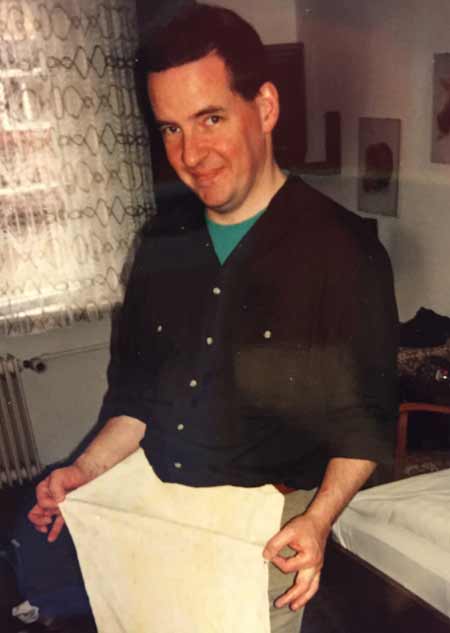 Davey, modeling an impromptu apron in his hotel room 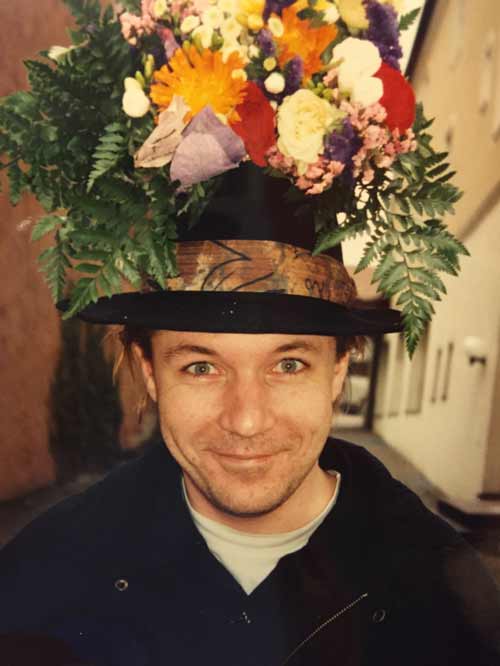 Wolfgang, with one of the many bouquets I got from the audience on his head 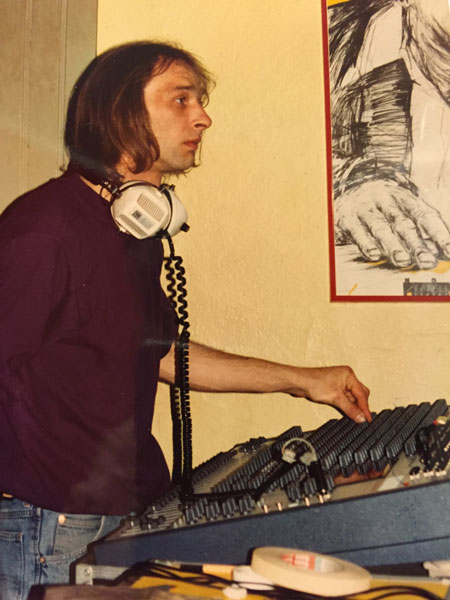 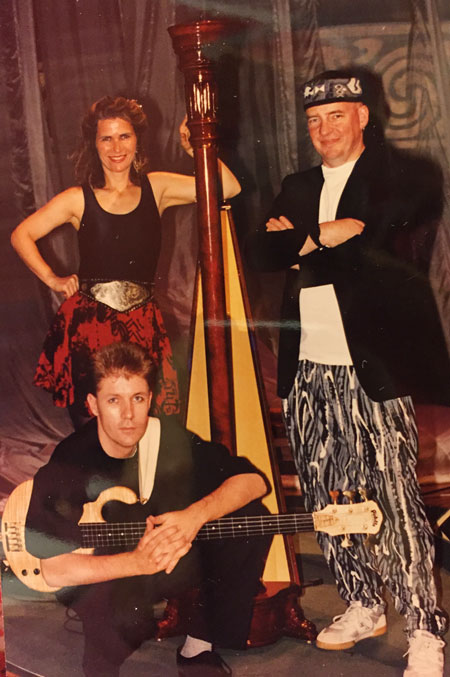 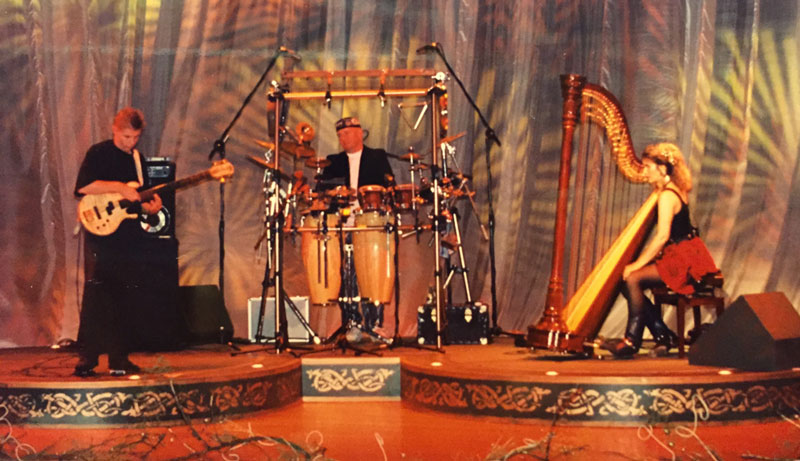 The band all gussied up for a live TV appearance

This post is part of a small series I wrote at the request of my friend Lisa Lynne, who’s is writing a book about alternative touring models and collaborative producing called “How to Succeed with Self-Produced Concerts”.  She asked her touring-musician friends like me to share their experiences, and this little blog series is my answer to her questions.  As it turns out, this first story is totally irrelevant to her book, because I read the question wrong.  So I made up my own question to match my answer.   And here’s a link to more about Lisa’s upcoming book.

Special thanks to Stephen Powell for the photos!