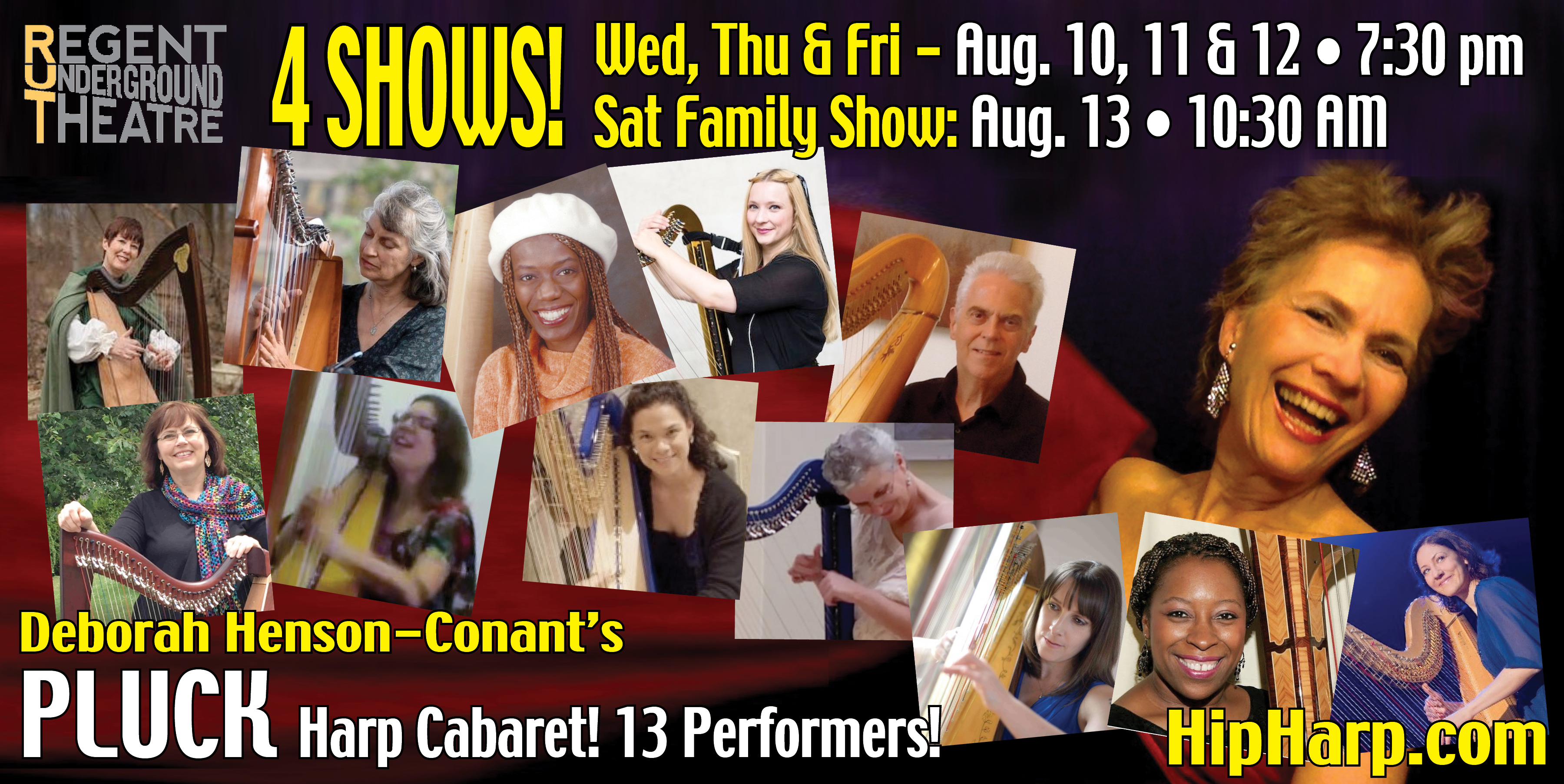 No time to buy now but want to get reminders?
Click here to get on the First-to-Know List

What is The “PLUCK” Harp Cabaret?

The PLUCK Harp Cabaret is part of my year-long “Harness Your Muse” mentorship program.  It features the emerging artists who are developing their original shows and projects through this yearlong  program with me.

The Cabaret features a series of miniature showcase performances – both live and in video – by these emerging artists – all of whom happen to play …. you guessed it … THE HARP … but each plays it in such a different way!  And I’ll be the Kabaret-Mistress performing on my own body-harp.

There are 3 evening performance and one Saturday-morning Family performance. 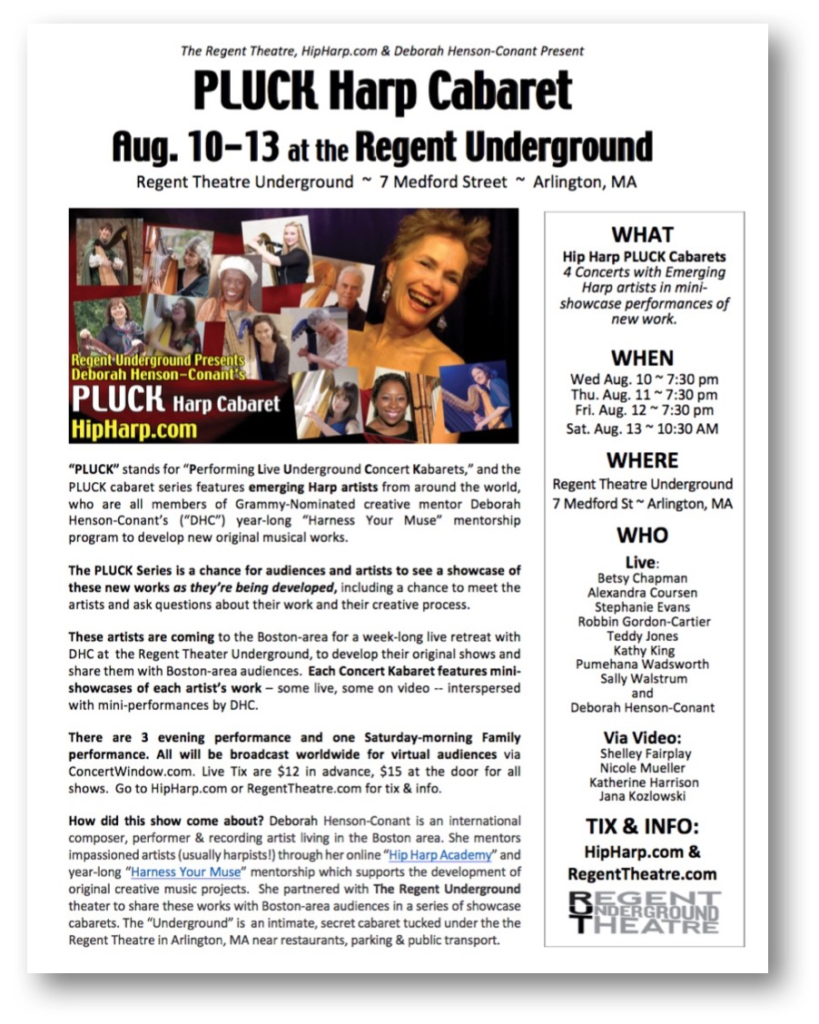 And learn about their new works and projects. 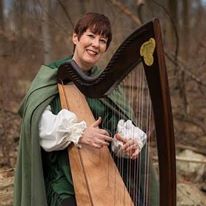 BETSY’S PROJECT: The Bard’s Apprentice  (One-Woman Show / Album) Follow the adventures of Arion in words and music as she leaves her home to discover her true passion and find the sister she lost as a young girl.

WHO IS BETSY?  After a long career in high-tech, Betsy returned to her original passion for music and theater. She is a Certified Clinical Musician, playing harp in hospital and hospice settings, as well as an actor on stage and screen.  As a Voice Over Artist she lends her voice to many commercials, and she combines her love of Chinese Martial Arts with music and acting as often as possible.

YOU CAN CONNECT MORE WITH BETSY HERE:

“A Year of Composition” 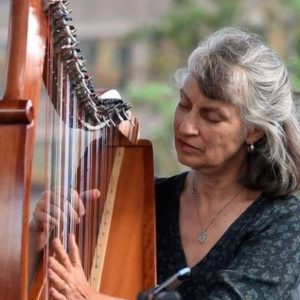 ALEXANDRA’S PROJECT:
The Disharmony of the Harp
Alexandra uses an unusual method for composing Name Pieces. Notes are charted to the letters of the names, resulting in unique and personal compositions. Alexandra will  perform “Henry and Jani”, composed for a wedding. This composition has a stand-out melody, catchy rhythms, and an interlude of passion and yearning.

WHO IS ALEXANDRA?  Alexandra grew up in a musical family playing the piano. After attending law school, she raised a family and took a hiatus from musical study. About 25 years ago she purchased a small lever harp. Family and a full-time job interfered with her need to become a harpist. Ten years ago, she took her harp to a harp ensemble and started playing with some irish sessions. The harp has now become an integral part of her life. Alexandra plays, teaches, performs, composes, and arranges music for the harp.

YOU CAN CONNECT MORE WITH ALEXANDRA HERE: 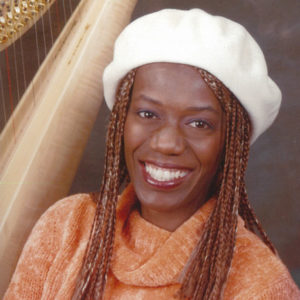 SEPHANIE’S PROJECT:
A Splash of Color
Stephanie uses the soundscape of her harp to bring alive her observations and stories from life.

WHO IS STEPHANIE?  (coming soon)

YOU CAN CONNECT MORE WITH STEPHANIE HERE:

“A concert inspired by planets, cycles and spheres.” 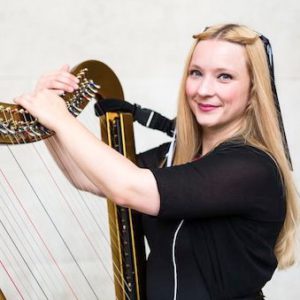 SHELLEY’S PROJECT: HarpOsphere  Pythagoras proposed the intriguing idea that the Stars, Moon and Planets emit their own unique musical tones, he called it the Music of the Spheres. What if you could hear the shape of a sphere, the sound of our planets, the number Pi as a melody, the circle of life in music? Shelley explores these fascinating notions in her performance on the Concert Pedal Harp and Electric Lever Harp.

WHO IS SHELLEY?  Shelley Fairplay is a performer and teacher with over 15 years experience teaching harp, harp ensembles and workshops for all ages.  She is the founder of “Harpist for a Day”, a program that gives non-harpists the opportunity to go from first note to concert performer in a single day.

Her successful concert series “The Three Strands: Passion, Sorrow and Joy” was premiered in the UK in 2014, and her CD of the same name was released in 2015. Her 2016 concert series “HarpOSphere,” features her own original works along with her arrangements of popular, classic and traditional tunes.  She has performed throughout the UK, and appeared in Europe and the U.S. as a soloist and alongside internationally renowned harpists including electric jazz harpist Deborah Henson-Conant.

Her Dynamic Harps Ensemble, features both an adult and children’s group, filled with harpists who enjoy learning and performing music from films, pop, shows, classical, Jazz and celtic genres. 2016 has seen the launch of her brand new online harp course for beginner harpists, START HARP.

YOU CAN CONNECT MORE WITH SHELLEY HERE: 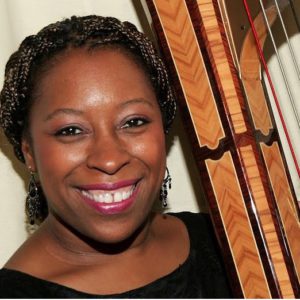 WHO IS ROBBIN?  Robbin Gordon-Cartier is a teacher in the East Orange School District where she directs the harp program that she originally created for the Elizabeth School District.  She has joined the faculty of Kean University in Union, NJ as Concert Artist/Adjunct Harp Faculty.  She started the North Jersey Chapter of the American Harp Society, served as president for four years and then moved to the national level as 2nd Vice-President and Director at Large.  Mrs. Gordon-Cartier maintains a private studio where she teaches students of all ages and regularly freelances in the New York metropolitan area.  Performance credits include appearances at Carnegie Hall and Alice Tully Hall in New York City.

YOU CAN CONNECT MORE WITH ROBBIN HERE:

“A quest, a journey, an adventure, a mission to find some answers. With a harp in tow.” 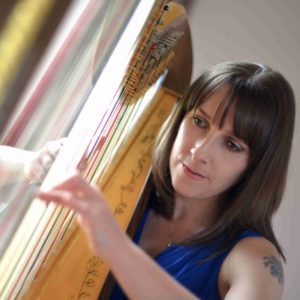 KATHERINE’S PROJECT:
In Search of Scathach
Katherine says: “Scathach” was an ancient warrior queen and teacher, whose Scottish island fortress was almost impenetrable. My own journey with the harp has been a long and difficult one. When I got my new harp 18 months ago, I named it Scathach in the hope of taking on some of those shadowy mystical qualities.

WHO IS KATHERINE?  Katherine had a new piano teacher when she was ten years old, and at her first lesson, Katherine couldn’t help but notice the beautiful carved golden harp in her music room. Some of her friends were learning too, so she begged for harp lessons until her parents gave in.  She took a long break from the harp in her twenties, but a chance conversation with a friend led to Katherine offering to play at her friend’s wedding.  A local teacher rented her a harp, unpicked the reasons she had for giving up all those years ago, and she set off on a most unexpected musical journey of her life.

YOU CAN CONNECT MORE WITH KATHERINE HERE:

“Harmonizing our Life Song on the Labyrinth” 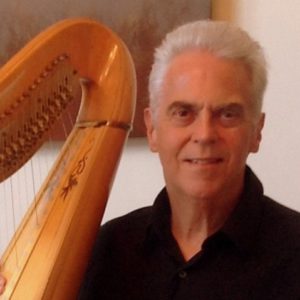 TEDDY’S PROJECT:  A Joyful Noise
A one-man show that uses musical metaphors to introduce a new way of walking labyrinths for both experienced and novice walkers.

WHO IS TEDDY?  With his Celtic harp, Teddy Jones has given workshops, presentations, and performances at international conferences including: Performing the World III, Healing Through Story, and The International Conference for Human Caring.  His recordings include four CDs for meditation, yoga, and hospice.  His current focus is using the harp for meditation and healing.

YOU CAN CONNECT MORE WITH TED HERE:

“Broadway tunes meet childhood favorites in one woman’s musical voyage to the Land of Second Chances.” 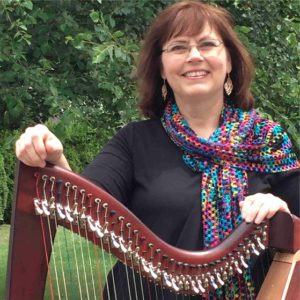 KATHY’S PROJECT: Dream Journeys  Kathy uses harp and voice in her new One-Woman show that takes her audience on a journey to the world of dreams and second-chances.

WHO IS KATHY?  Kathy grew up with a deep love of musical theatre and singing. A physical therapist for over 30 years, she is now also both a Certified Music Practitioner and Reiki Master. Over the past 30 years, in addition to her healing work, she’s sung in choral groups, toured New England coffeehouses as a Christian solo artist, engaged in community theatre productions, and continues to direct her church choir. Kathy is passionate about combining music with healing in as many ways as possible – and though she’s been both a musician and healer for most of her life, the harp is a new passion – one she’s fallen completely in love with. Just as the harp has opened Kathy to a new world of musical expression, she’s using it to bring her audience on her own musical journey to the land of second chances.

YOU CAN CONNECT MORE WITH KATHY HERE:

“Go to any place your mind wants to take you ~ and enjoy this ‘other world’.”

JANA’S PROJECT: The Other World  With music and interaction Jana wants to show others how beautiful a world is living under the pretext of mental illness.

WHO IS JANA?  Coming soon… (Jana is the newest member of “Harness Your Muse” so give us a week or two to get her bio up!

YOU CAN CONNECT MORE WITH JANA HERE:

“CD Release and a series of Jazz-inspired Christmas-concerts” 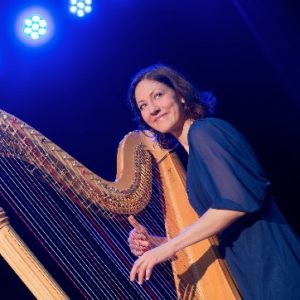 NICOLE’S PROJECT: In a Different Light
In this colorful, classically-jazzy Christmas-program, Nicole Müller shows her instrument from a new perspective. On both the concert and the electric harp, she’s playing her own arrangements of Christmas-songs.   inspired by striking rhythms and melancholy jazz-harmonies. Combined with stories from Nicole’s life and some of the world’s most famous harp Classics she’ll release “In a Different Light” through a series of public and private concerts for both family and concert-going audiences.

WHO IS NICOLE?  Nicole is a passionate harp virtuoso. She graduated from the Academy of Music in Würzburg. In her solo concerts she fuses classical music, jazz and flamenco rhythms. As a soloist and chamber musician, she has performed throughout Germany and has been a guest at Germany’s major opera houses and symphony orchestras. She is also a passionate educator with many years of experience working with children and adult students. Nicole’s goal as a musician is to share her love for her instrument with the people and to explore the harp and find new sounds.

YOU CAN CONNECT MORE WITH NICOLE HERE: 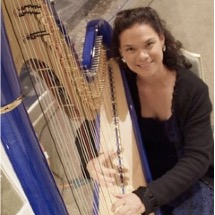 PUMEHANA’S PROJECT:  Out of the Background: Meet the Harp in the Land of Rock.
Performing for weddings is my vocation.  The purpose of my project is to go beyond background music,  train my concert muscle and bring one of my greatest loves – Classic Rock – alive on the harp.

WHO IS PUMEHANA?  While learning how to stand, Pumehana would crawl up the base of the harp and pluck bass strings, while her sister, Momi, was practicing.  At eight years old, with her mother’s encouragement, she started private harp lessons. Soon she was performing for private events and hotels in Hawaii.  Over time, Pumehana was able to expand her repertoire to include many different genres; Classical, Hawaiian, Love Ballads, Movie Themes, Jazz, Standards, Broadway, Classic Rock.

YOU CAN CONNECT MORE WITH PUMEHANA HERE:

“What happens when you rediscover your life’s passion, stuck between two dusty books on a forgotten shelf in the library?” 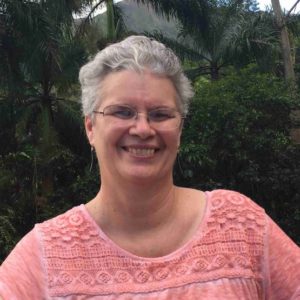 SALLY’S PROJECT: Confessions of a Harp Playing Librarian
You may think a librarian’s job is boring – but librarians share their world with the greatest stories of all time.  One of the greatest stories is the story of a lost passion that’s rediscovered and finally lived to its fullest. Librarian and harpists Sally Walstrum brings her own personal story of rekindled life passion to music with her 32 string electric harp,  looper pedal  … and just a smidgeon of the Dewey Decimal system.

WHO IS SALLY?  Sally came of age as a conservatory-trained harpist, steeped in the classics and the intense world of competition as a professional musician.  She left that world to become a librarian, and her harp fell silent … until, nearly 3 decades later, she sat down at her neglected harp and her passion opened like a beloved book. Sally is currently working with creative mentor Deborah Henson-Conant in the “Harness Your Muse”  program and has since developed – and performed –  her first solo harp concert in 35 years! She’s now working on a series of shows for concert and family audiences featuring her 32-string electric harp, looper … and stories of passion rekindled.

YOU CAN CONNECT MORE WITH SALLY HERE: