I wasn’t really paying attention today when the bus stopped.  It’s this great bus that starts 5 minutes from my house and ends at Penn Station in NYC, and it’s usually the fastest, easiest way to get to New York, where I’m coming for a weekend theater workshop.

After about 20 minutes the other people on the bus started to rustle. The traffic was backed up behind us, where we were stopped just past the Harlem River on the Macombs Dam Bridge, and a white car was backed up to our front bumper. Apparently the driver of the white car refused to move.  We were stuck.

Well … the bus was stuck. We passengers finally started piling out and one small group of us hiked to the subway.

Not a really big story, eh? We don’t even know if our bus had an accident, and certainly nobody was hurt. What made this eventful? It was unexpected, people who didn’t know each other were thrown together, and it turns out it was probably the fastest way for me to get where I was going.

But most important, I met 4 people and had an experience together – 4 people I normally would never have met.  An unplanned urban micro-adventure. And I met four fascinating people:

Maria’s an Au Pair and Occupational Therapist from Austria taking a weekend in New York,  Tam helps people learn to use power tools in a Somerville Maker community (her favorite hand-held power tool?  The jigsaw – “the perfect tool for changing your mind,”) Julie writes grants, but her passion is sea kayaking and she’s in New York to see a filming of her son’s new film, Carlos wants to train to be a nurse.

If the bus had made it to New York City in the usual fashion I wouldn’t know these things about these 4 people. My life wouldn’t be as rich.  This would have been just a bus ride … and not an adventure. THIS was much more fun.

Here are some of the photos I took.  (below) We pulled our bag off the bus –  Carlos and I had actual luggage – everyone else cleverly brought only backpacks. 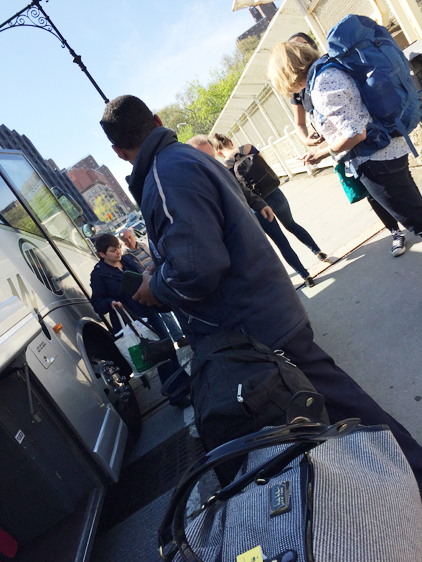 (below) Julie checks navigation as we make our way to the C-Train. 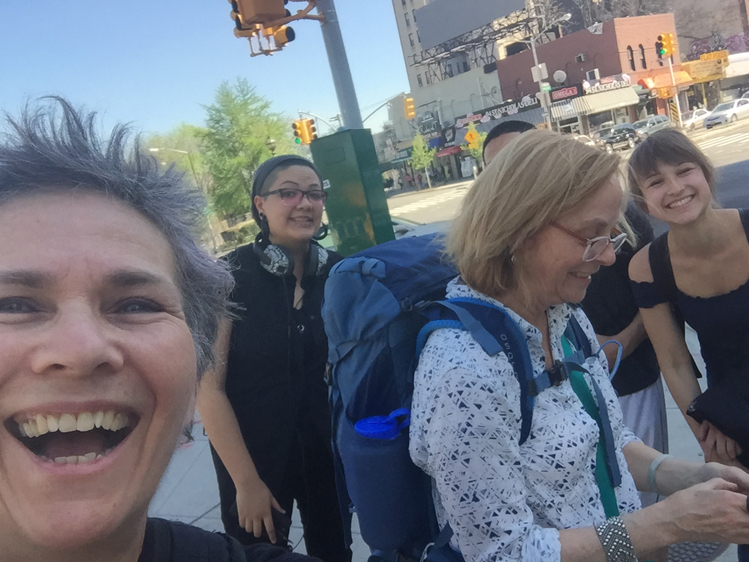 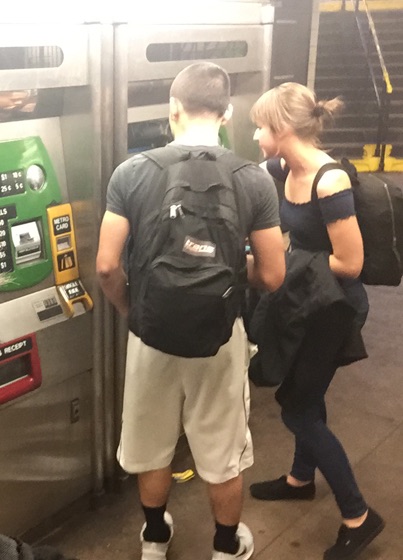 (below) My favorite shot: made it underground into the subway after a much negotiation with the ticket machines. 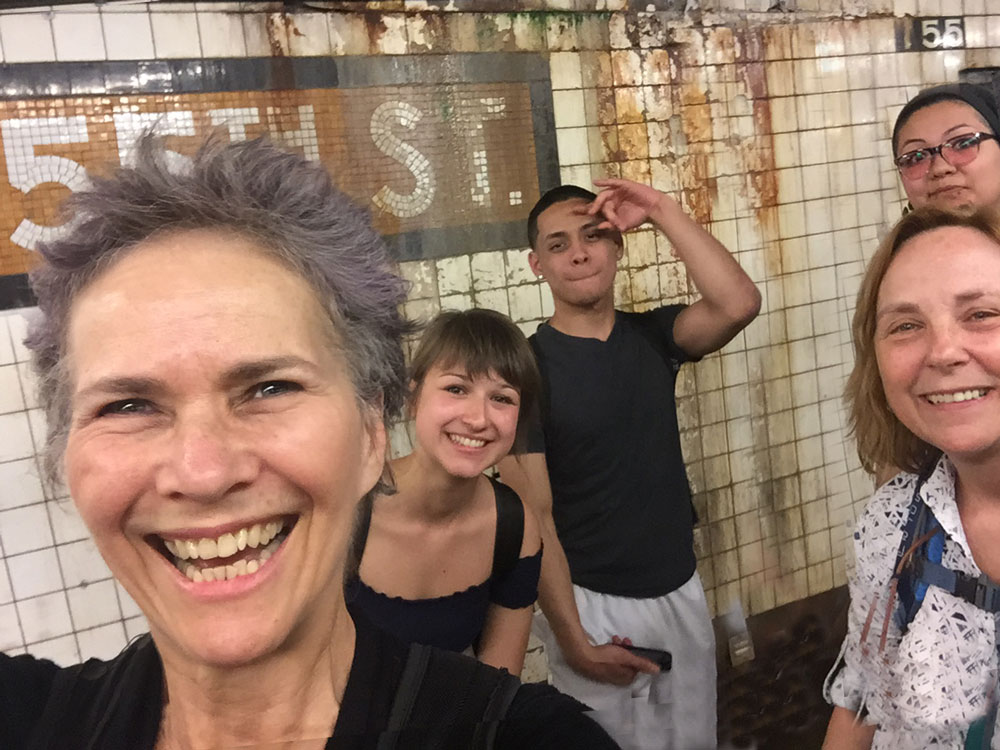 (above) Waiting for the train and the train ride – as we each got off at different stations – most likely to never see each other again. 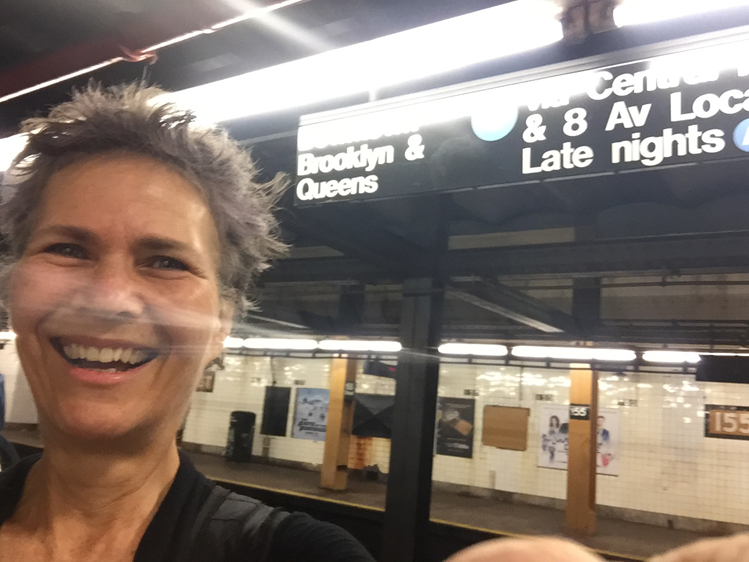 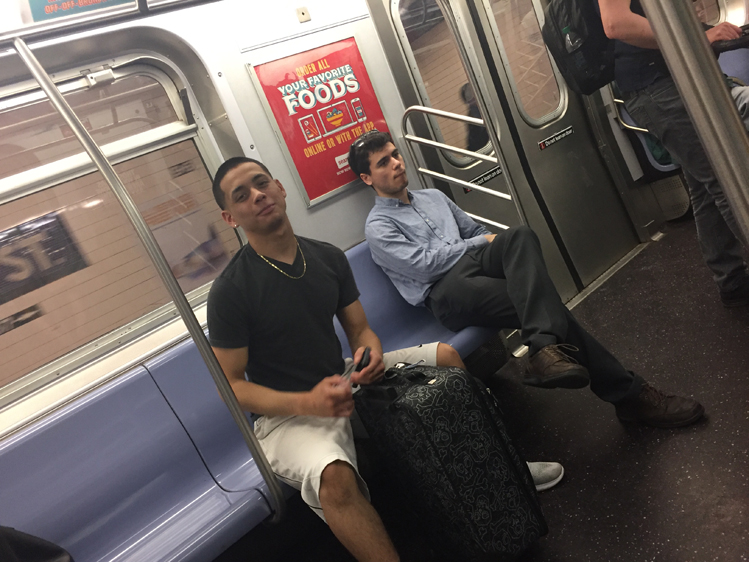 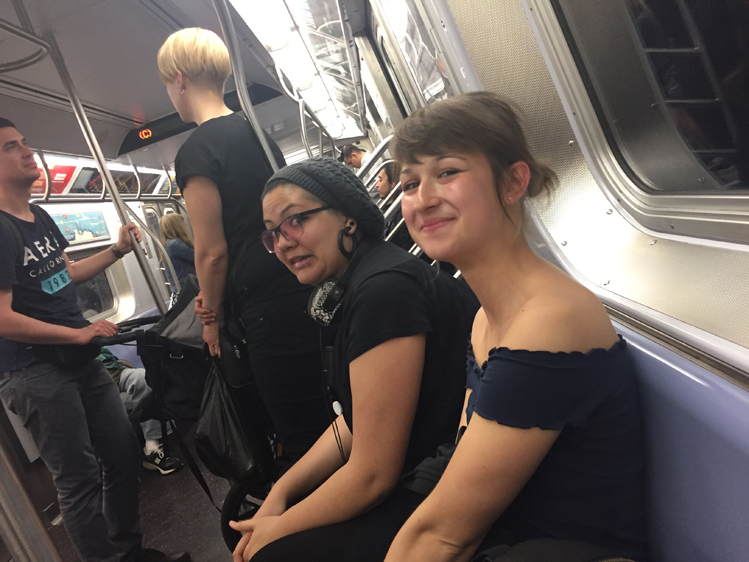 And finally … my friends speed of as I head to my own destination: 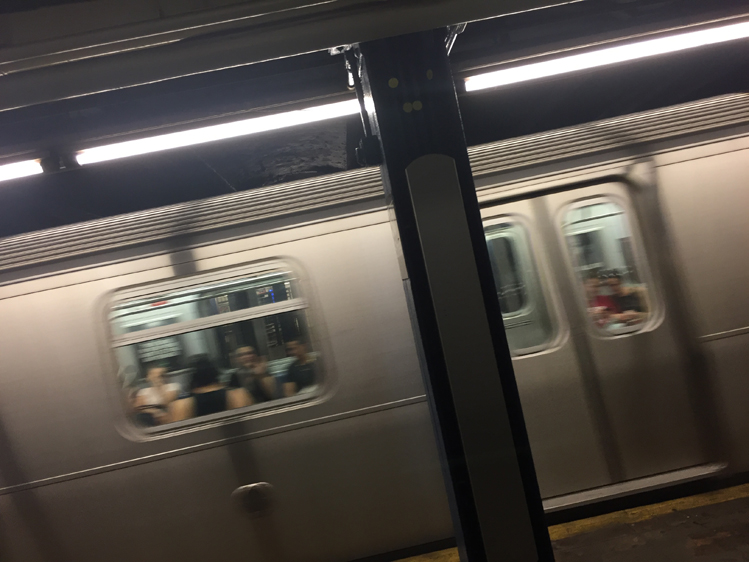 What was your last unplanned urban mini-adventure?