A Concert at the Hong Kong Airport

For many years I dreamed of stress-less trips to the airport with my harp – being able to hand the instrument over to luggage carriers, easy, turbulent-free flights – but I’d never ever dreamed of playing a concert at the airport.

That’s exactly what I did on July 14th at the Hong Kong airport- right in the middle of Terminal 1, as part of their ongoing airport music festival.

Two days later I was back at the airport, enjoying a concert of other musicians as I waited for my plane.  An airport concert is a great thing! 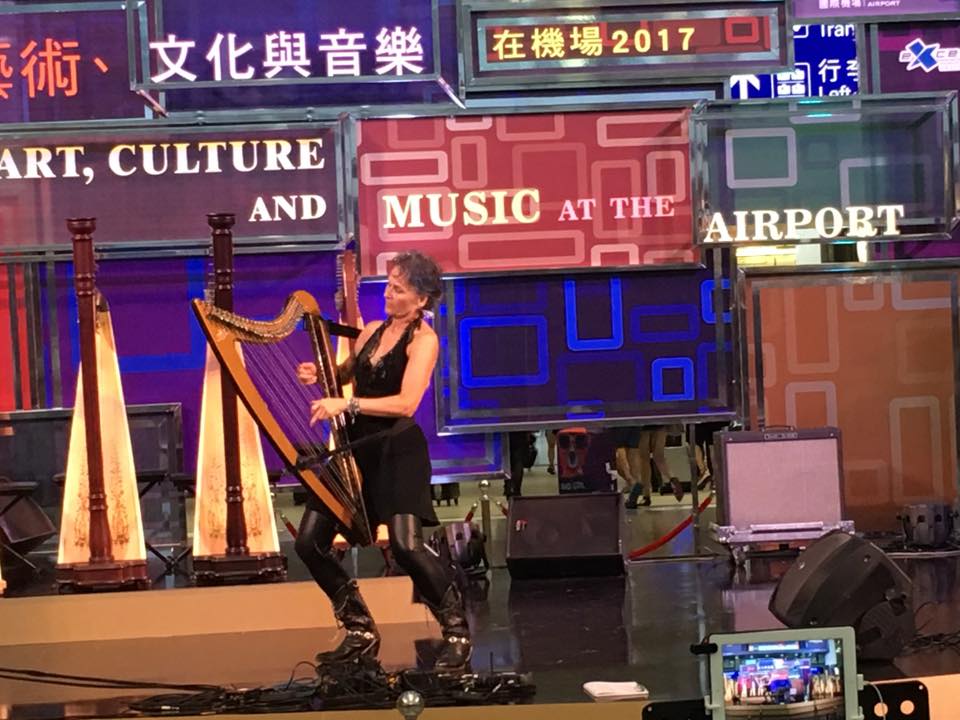 Earlier, those harps behind me had been played all together in a classical harp ensemble performing Beethoven’s Fifth Symphony — all on harp.  You can get a sense of how surreal it is to see this all in an airport with massive commercials just above the stage. 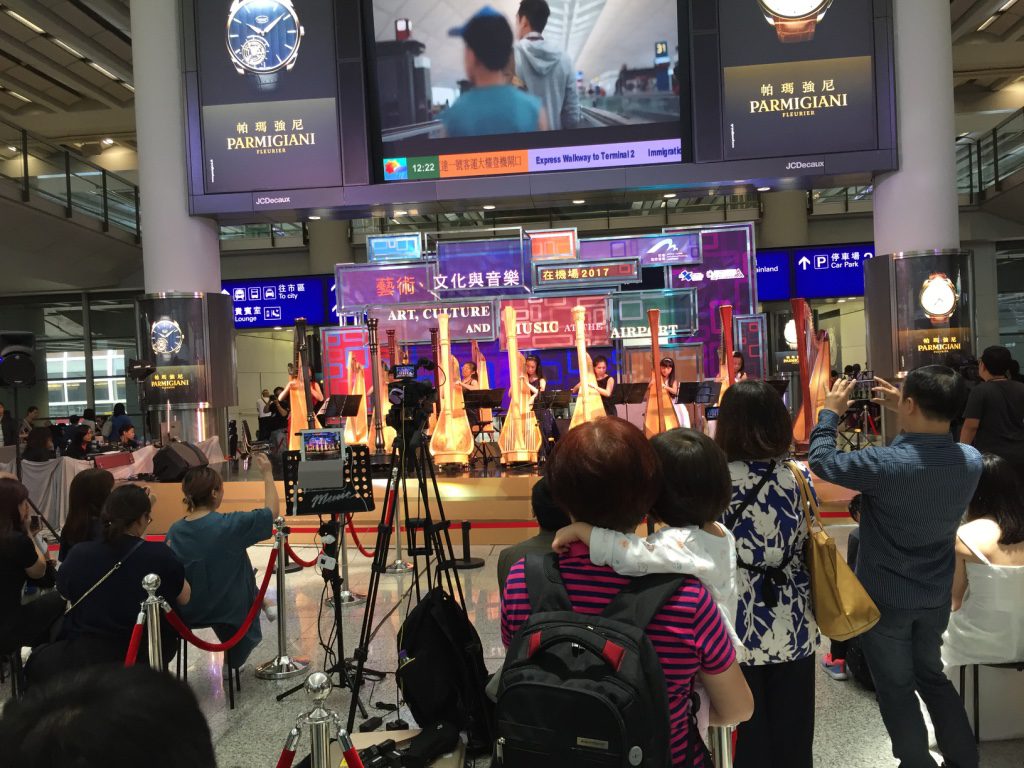 For my set they pulled all those harps into the background and if you look closely you can see that harpist Shelley Fairplay from the UK has joined me for a spontaneous duet. 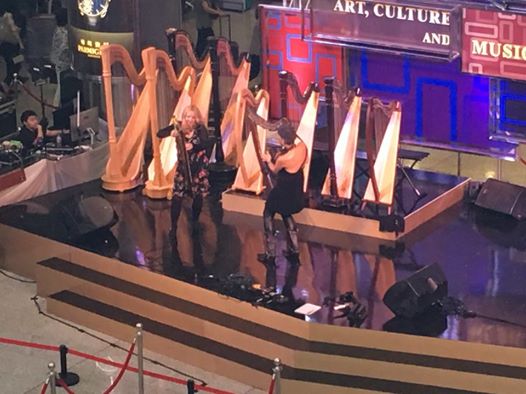 The airport was hot – my leggings were dripping wet when I finally took them off later — and the heat melted the gaffer tape repair of a harness glitch.  The result?  I discovered I could hold my harp on through sheer leg power (squeezing the bottom of the harp between my knees)  … but not for long.

In my first set, the tech crew gamely ran on stage with gaffer tape to glue me back together. It became a running gag —  and then during the interval I rummaged through my gear off in a secret “press room” in the airport – to find needle, thread and spare parts to repair the harness.

The glitch reminded me how rare it is that I have any serious problems with my instrument or gear, even though I’m constantly traveling, and subjecting both the harp and gear to conditions way above and beyond what normal concert conditions.

It also reminded me why I always travel with supplies for pretty much every part of my setup, and constantly think about contingency plans. When you live in a pushed-out envelope you need to travel with a repair-kit … and a sense of humor.

And it helps – big time – to have tech support.  This is me with the great airport concert tech crew after the shows. 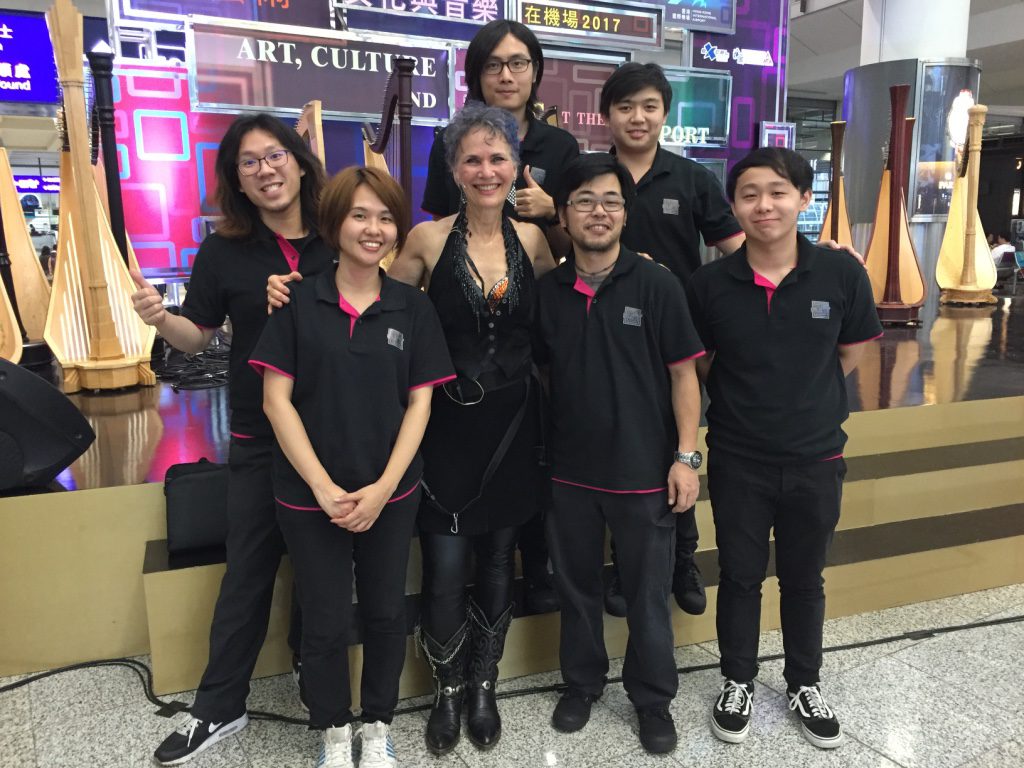