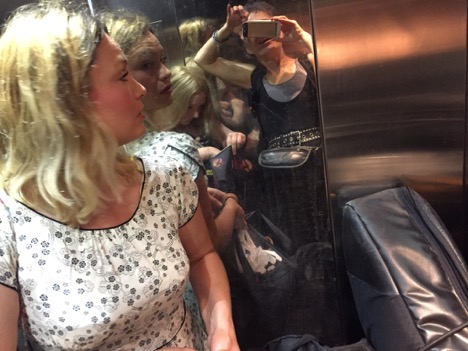 That elevator took us down to the street, where we caught another elevator up to an elevated walk-way, across the busy highway that bisects the area we lived in, Wan Chai.

These elevated walkways crossed the highway every two blocks, like footbridge crossing a river of cars, and without them we’d have never gotten where we were going. 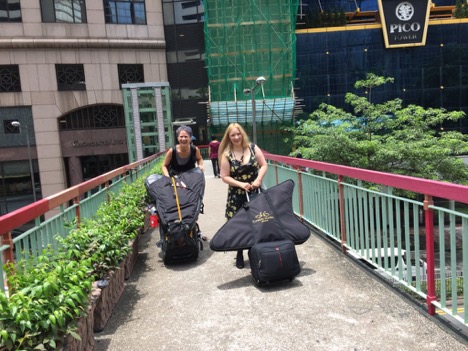 Here you can see the traffic below us. Often this road was completely congested. 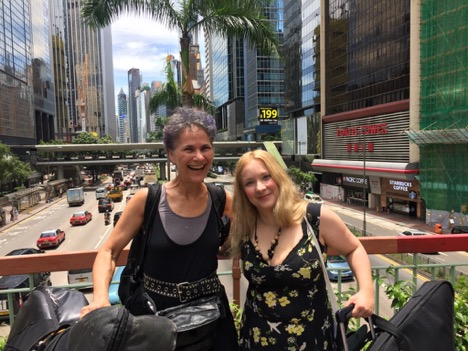 This is a photo we took in the wall of a shiny building, me, Eleanor Turner and Shelley Fairplay, with two harps and two suitcases full of gear, on our way to our concert. 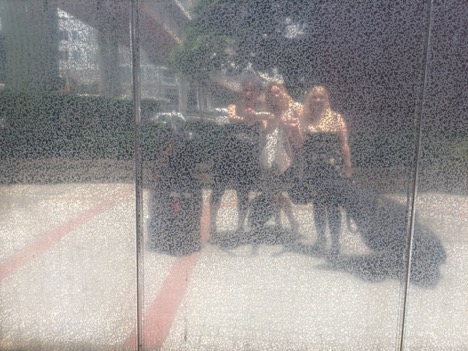 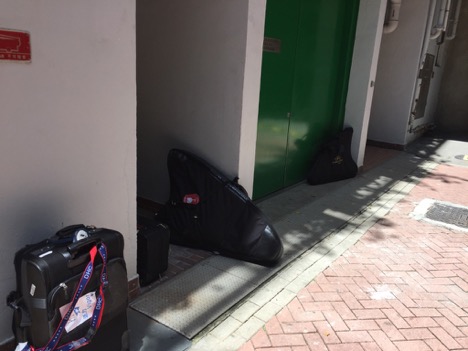 Where four hours later, we walked on stage and launched into a cool-as-cucumber Blues – just as if it hadn’t taken us all day to get there. 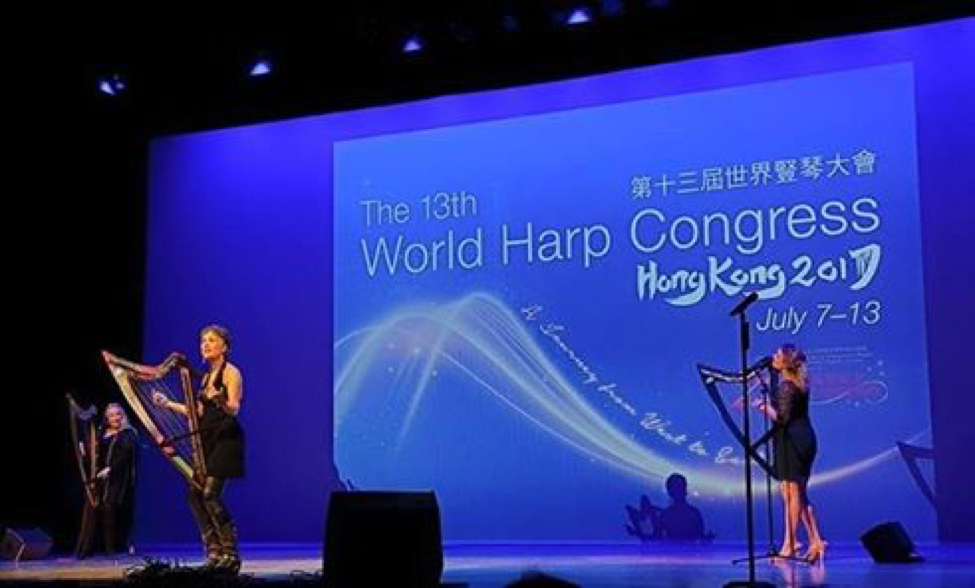