An insider’s view of DHC’s week

Hi, I’m Beatriz and I work with DHC to help set up her weekly e-zines, blogposts and social media campaigns. At the beginning of the week I asked DHC “What’s up this week?” here’s what I found out:

Mini Retreat for “Harness Your Muse”

“Harness Your Muse” is DHC’s yearlong mentorship program and this week some of the members of the program are in-studio at Hip Harp Headquarters working on their projects. Because the program has a big component of international members – for the first time ever – they’re beta-testing a virtual retreat for members who can’t attend in person. 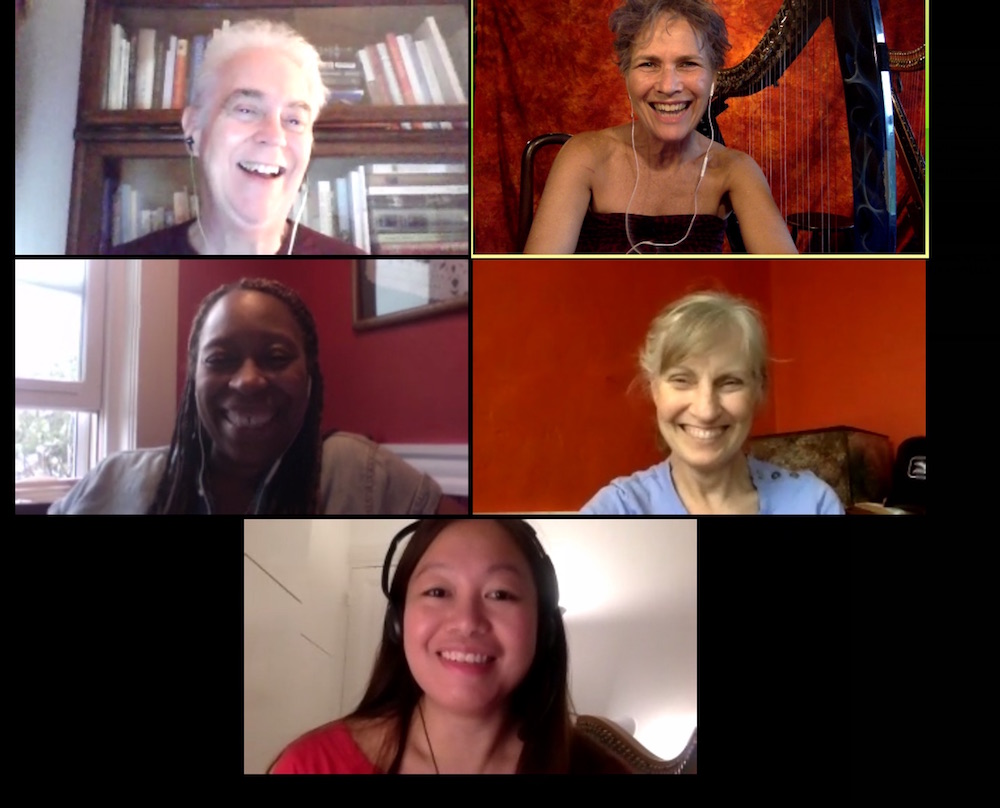 Everyone in the program is working on a “next-level shift” project, with DHC’s guidance along with the support of the other members.  The goal of each project is to take one’s career or their artistic passion to a ‘next level’ – and in this retreat members are presenting small segments of their projects for feedback and coaching.

Each person who presented went through the feedback process, and they’ll present their updated work at the next session later this week. 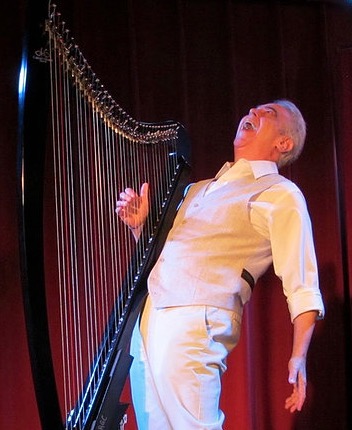 As  mentioned above, Teddy Jones, one of the artists DHC is mentoring, is premiering his new one-man show “Playing with Light and Shadow” Sat. Aug 26th at the Roxy Regional Theater in Clarksville, TN.

This is a project Teddy’s developing in DHC’s “Harness Your Muse” program — and it includes music from the classics to classic-DHC pieces that Teddy has adapted to tell his story of light and shadow — the perfect subject for a show that premieres just a few days after the SOLAR ECLIPSE! If you live near Clarksville, TN, don’t miss this show!

And get tickets soon — it’s nearing a sell-out of as this writing (2 weeks to showtime and only 25 tix left!!)

At  Hip Harp Academy, “Summer Harp Jam,” the virtual summer camp for harpists is well underway! Each week of this musical summer-camp course focuses on one IMPROV PATTERN and includes a video training, playalong MP3s and play-sheets outlining different ways of improvising with that pattern. And each weekend, DHC meets live online with members in a “Q&A Jam Session” to answer their questions and jam live online.

Last week they played an Old Song in a New Light

The students’ questions are a big part of the bonus material DHC’s always adding to the classes: “In this week’s live Q&A jam,” she told me,  “a student had sent in a question about improvising with the tune ‘Scarborough Fair.’ It was such a great question that I created a new improv ‘play-sheet’ (melody, chords and improv ideas) showing a bunch of different ways you can improvise with this tune, in styles from meditative to jazz – and we ended up spending the whole jam session exploring this one song!”

This week they had a special guest. 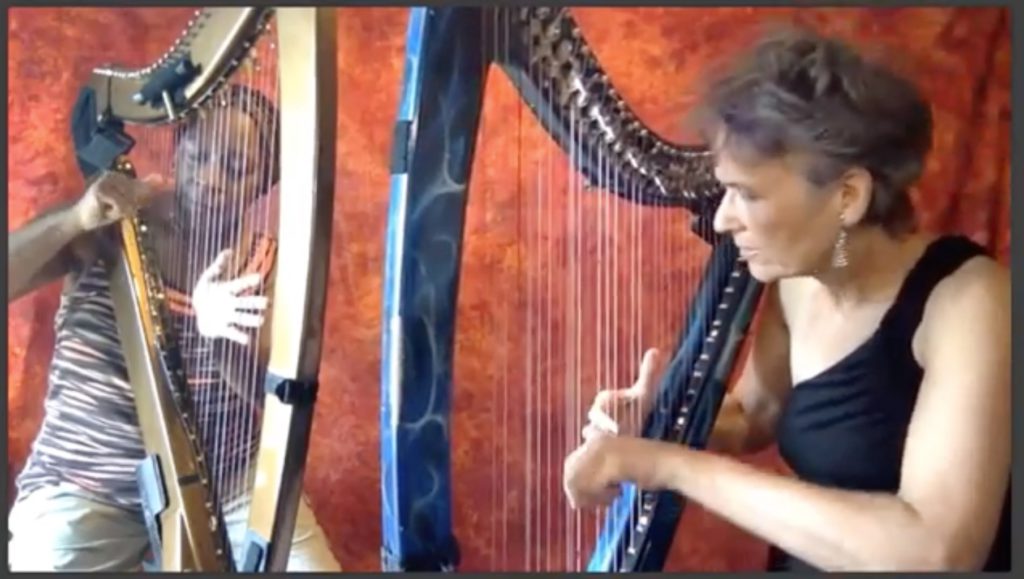 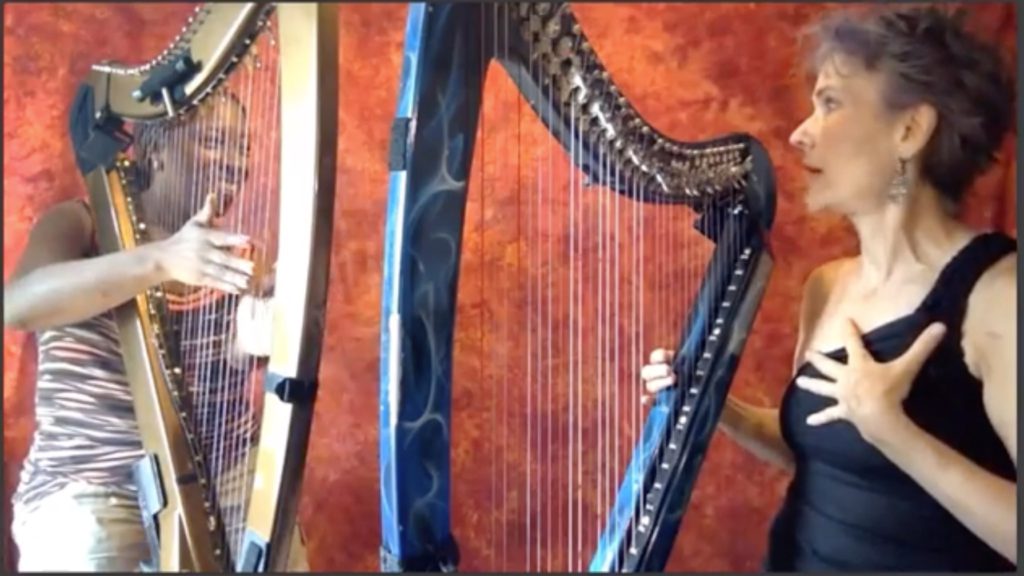 Since performer/teacher Robbin Gordon-Cartier was at Hip Harp headquarters as part of the “Harness Your Muse” retreat, she offered to sit in on the weekend jam and be a guinea pig for new ideas. Not only did she play along with DHC, but she also ‘translated’ some of the DHC improv ideas into ‘classical speak’ so students watching online could have two ways of learning the same thing.

First they were berries … 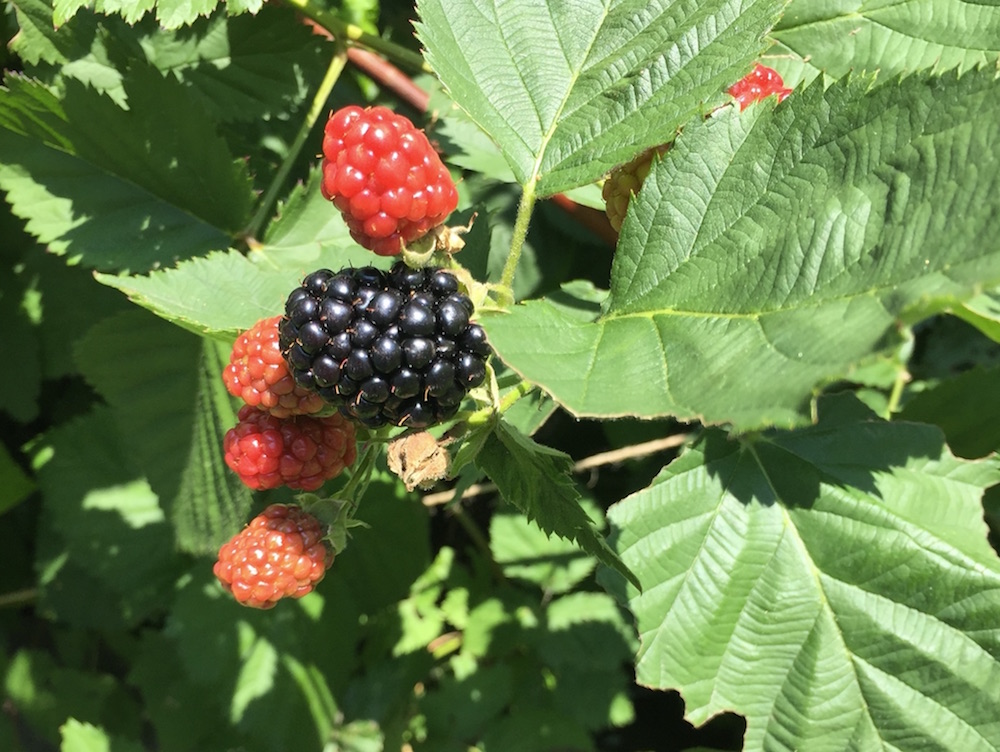 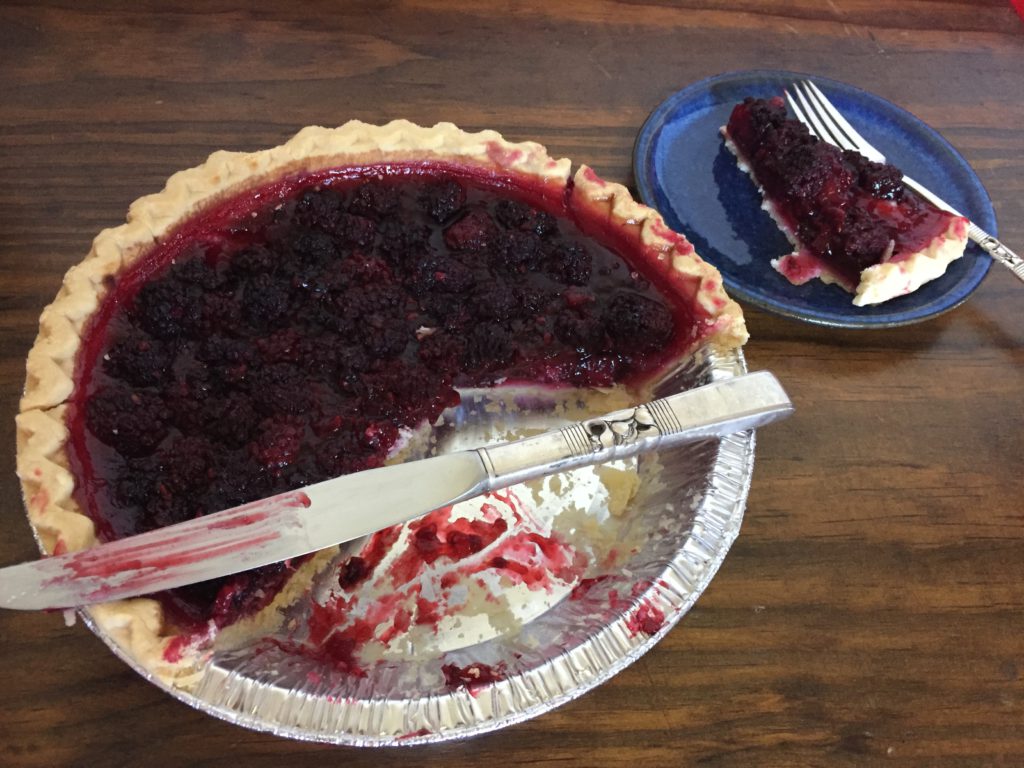 There’s nothing more to say except a big thanks to Chris who’s become the keeper-of-the-HipHarp grounds — and because of that the folks at the retreat have had  fresh peach pie and now fresh blackberry pie in the last week – all from the garden!!

Sometimes you have house-guests you didn’t invite, and unbeknown to her, DHC had been living with a family of raccoons who set up house in the attic right on the other side of her bedroom wall. By the time she could get a wildlife company out to look at the situation, Ms. Raccoon had given birth to a bunch of babies. 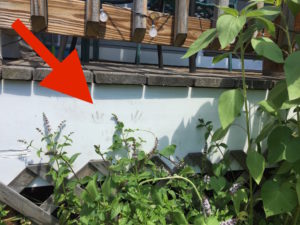 The photo shows the raccoon prints that the wildlife guy, Alex, showed DHC on the porch wall when he was looking for how they got into the attic – apparently they climbed up the back porch and over the roof.

The wildlife folks had a plan to get everyone out safely, but had to wait ‘til the kits were grown enough that the whole family was going out for outings. Then they installed a one-way door – and when the raccoons went out on the town, they couldn’t get back in.  After they were all out, the door was removed and everything sealed up. (DHC says she hopes the raccoons don’t play the same trick on her.)

So that’s the week as DHC shared it with me. Wonder what will happen next week … 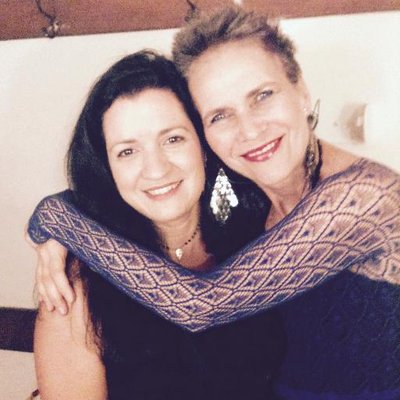 I’ve been part of Team Hip Harp since 2006. Through the years I’ve played many roles: from artist’s assistant, to wholesale accounts manager, to office-publicist-socialmedia coordinator to Hip Harp Academy Promoter. The studio is fast-paced and my job is constantly re-creating itself to keep up with the fast-changing music industry and ever-changing virtual universe.

When I first applied for this job my youngest of 3 children was just starting preschool and DHC was the only employer I found that would work with my 2 hours per day availability. Now my kids are 21, 18 and almost 16!!!!