Eclipse watching in the Neighborhood 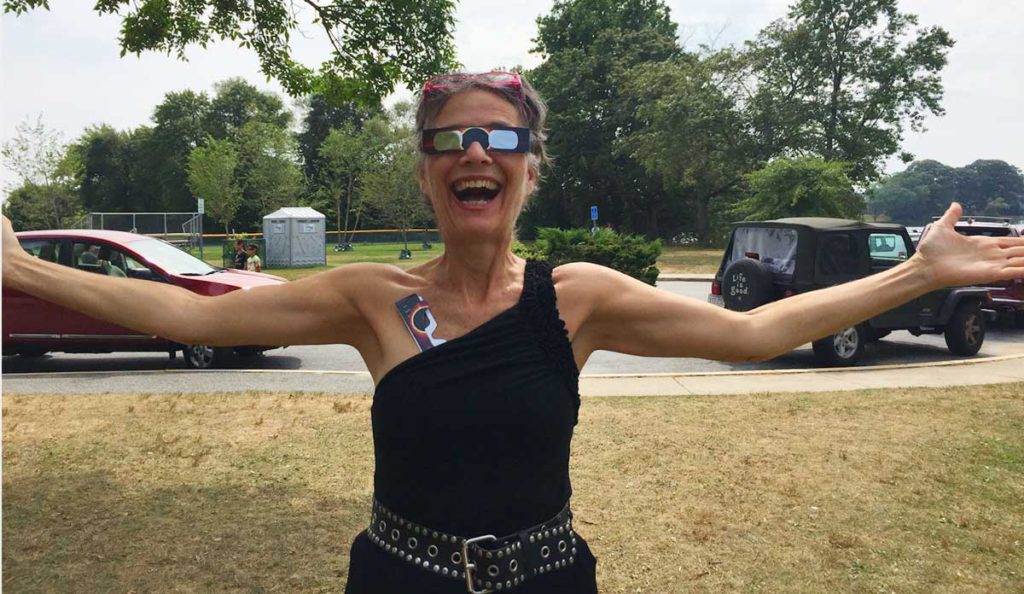 Who says you gotta have TOTALITY to have fun?? Here in the Boston area we had an incredible time with our 63%.  Here I am ready for the show  – note my backup pair of eclipse-glasses stuffed into my shirt … I am a woman who takes no chances with the eclipse.  I wanted to SEE that thang!  And it was worth it!

People in my neighborhood were out at the park oo-ing, ah-ing and being creative, as usual, with the event.  These are pictures of folks watching down at the park near my house: a couple who made an eclipse mirror theater (they projected the eclipse into the blue tent) and a neighbor who brought her colander for some eclipse laser art. Me, I walked down to the park with 10 pairs of eclipse glasses and yelled out “Anyone need glasses?”

The beauty of eclipse colander art … 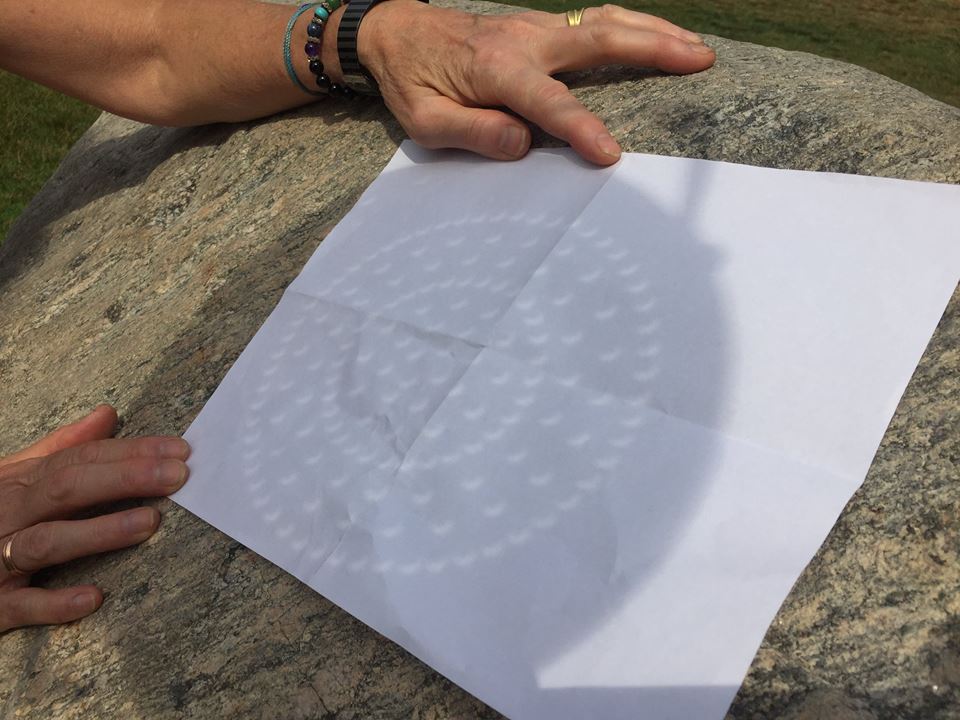 … and the crowd that gathered to see it. 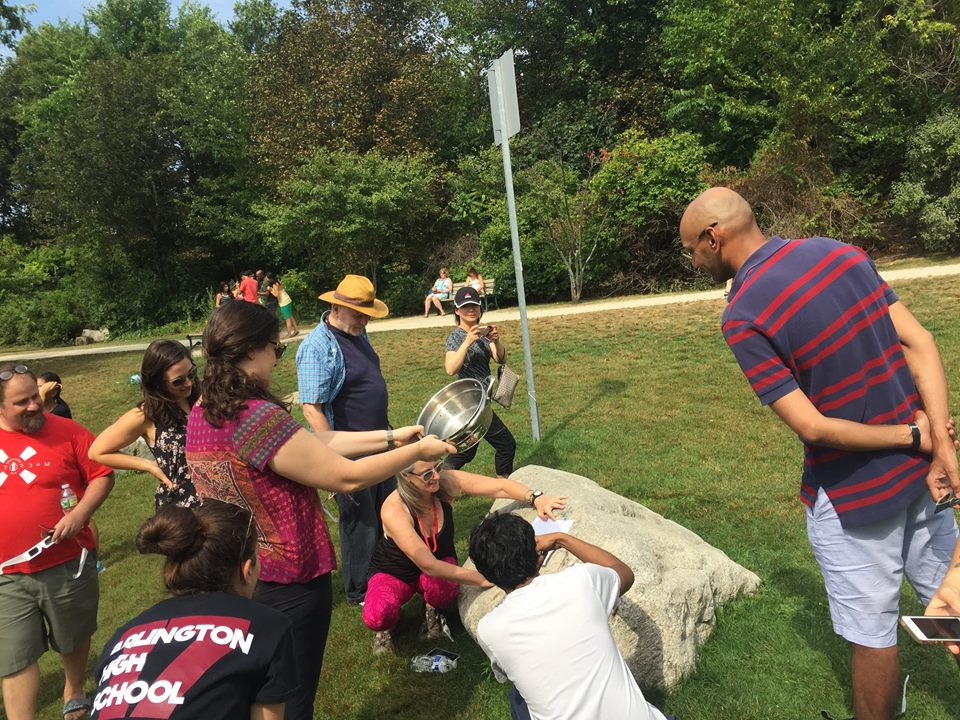 The masterminds of the eclipse tent-theater … 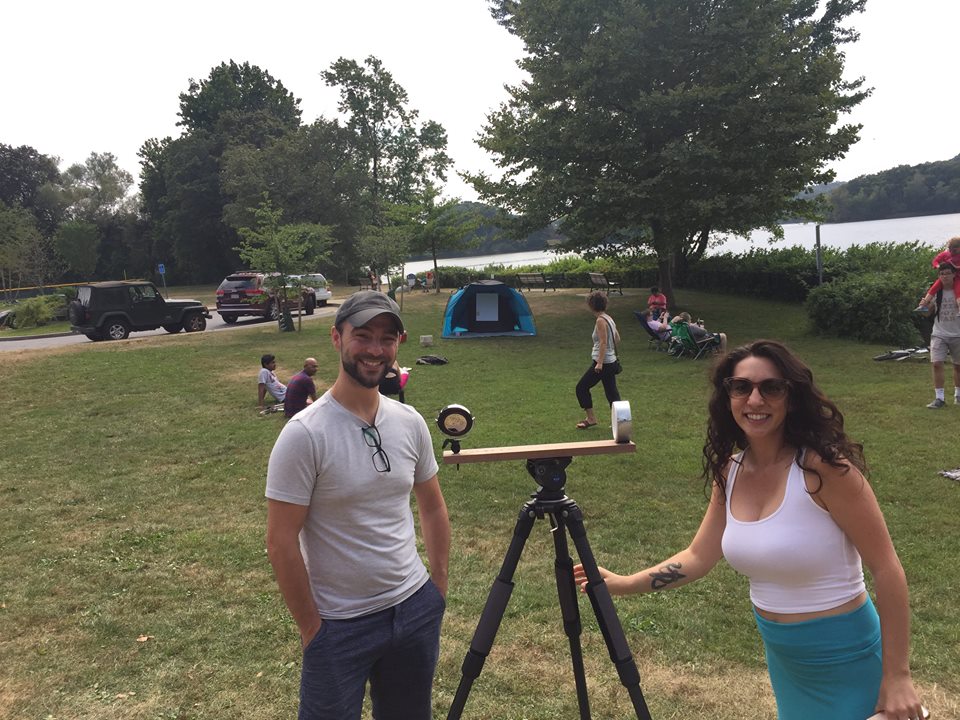 … and the dance show of sun and moon 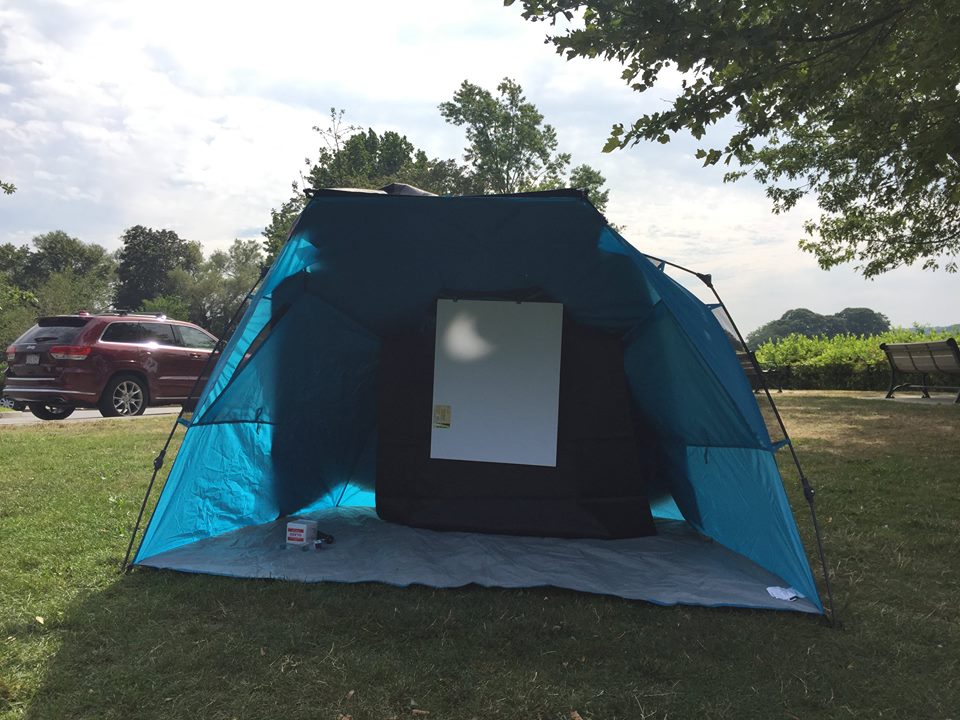 So, why did I have 10 pairs of eclipse glasses?  Well, originally I had 50.  By the time I ordered them, the price of shipping was so much more than the price of the glasses that I figured, what the heck, why not buy 50 instead of 2 and then give the others away? Thus did I become a momentary neighborhood hero.  It may look like these people are watching the eclipse but they’re actually singing a paean to me. Honestly!  OK, not really.  But they ARE all wearing the glasses I bought! 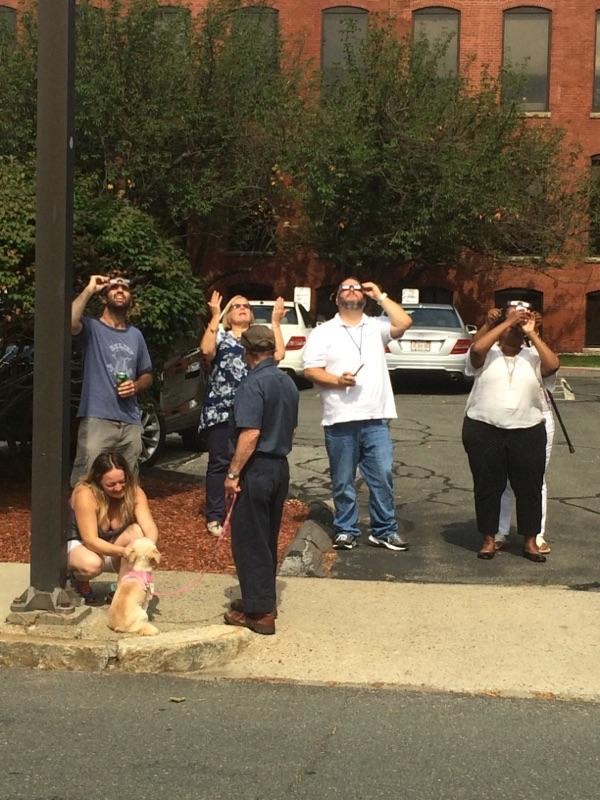 Here’s Renee, my amazing assistant and C.I. (Civilizing Influence) and her partner Tommy … 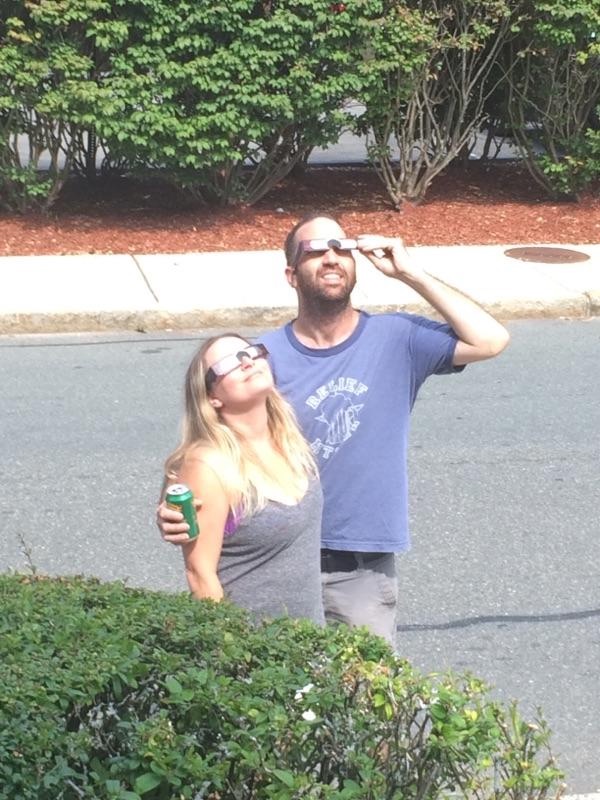 And here’s me in a dramatic re-enactment of my amazement and delight when I first saw that clean clear-cut shadow of the tiny mood eclipse the might sun.  Wayattago moon!!! 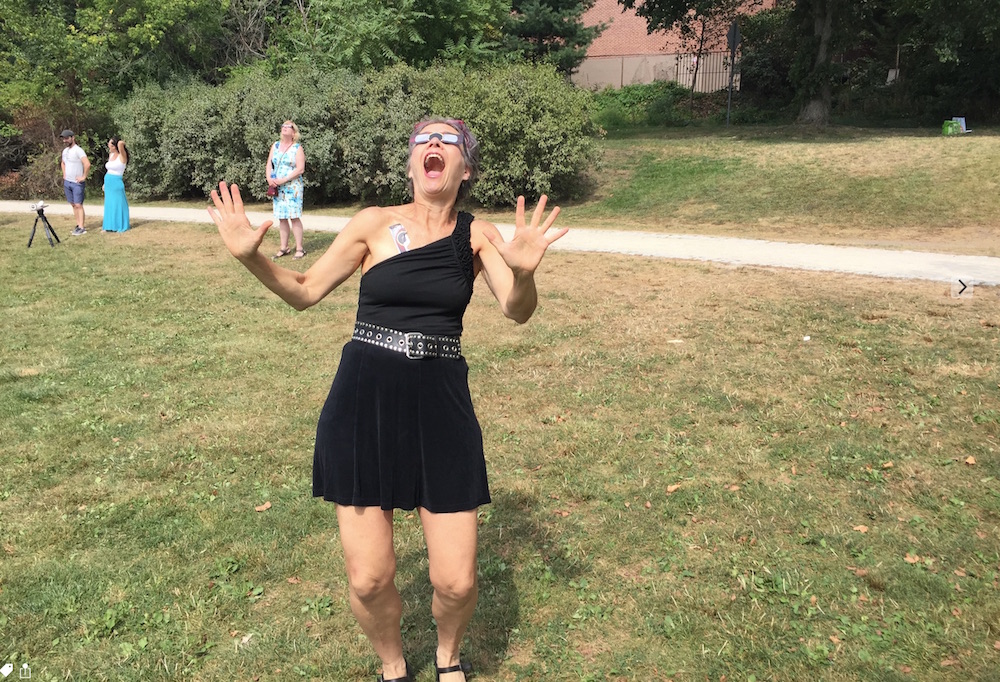