Up at the Barn – Summer Performance Retreats 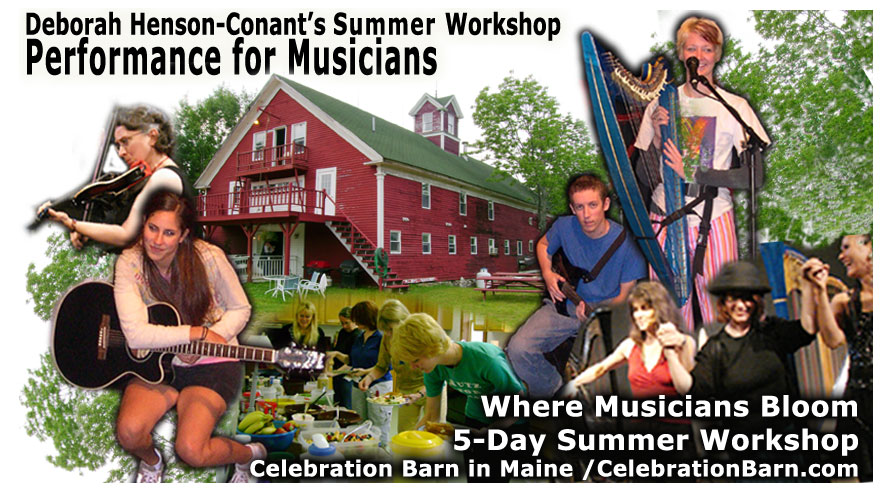 20 years ago I dragged my harp up to “The Barn” to study with a dynamic performer/teacher known to folks on the New Vaudeville circuit as the Guru of the Art of Performance. Tony Montanaro performed as a mime, working the same circuits as Marcel Marceau, but then expanded far outside classic mime, developing a field he called “Physical Eloquence.” To build a cultural greenhouse for his new form of performing and teaching, he bought an old farmhouse in Maine, turned the Barn into a performing/teaching space and started taking in students.

Over the years Tony taught, directed and coached many of America’s top performers of physical comedy, juggling and storytelling. His students range from “America’s Funniest Home Videos” host Tom Bergeron to Sesame Street’s Brian Meehl to … well… to me!

At first I just went to the summer workshops, thrilled he accepted me as a student. Later I worked with him privately, developing shows, working on my physical relationship with my instrument, and learning to integrate the stories in my mind with the music I play.

And the funny thing was that, as much as I’d wanted to work with him,  it had taken me years to get up the gumption to call him in the first place.  I was so sure he wouldn’t accept me as a student. The fact is, Tony accepted pretty much everyone.  His workshops were filled with people from rank amateur to powerful professionals, from young teens to octenarians — all together in one workshop. Skill-level didn’t matter.  We were all trying to do one thing: connect our unique skills to our unique personal story. 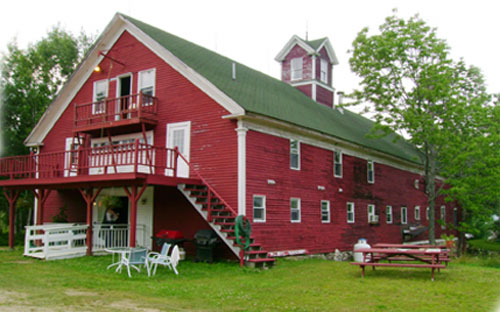 Tony was a teacher from the word “Go.” When I’d drive up to his studio, he’d run out to the car and start telling me his newest revelations before I could even pull on the handbrake. “Stop!” I’d yell. “Don’t say another brilliant thing until I get the tape recorder running!”

His words, his ideas, his energy, his physicality all profoundly affected my work. To this day, I bring my “Tony Notes” to every performance and read them or go over them in my mind to help me focus before the show.

There was often a brief shadow — more like a breeze – through the room: Tony’s wife, Karen,  an exotic enigma. She’d appear briefly, passing by the door while Tony and I worked, but we rarely talked. A ballerina, a little younger than me, with waves of long red hair and intense eyes. They’d met performing “The Nutcracker” ballet together, and then she’d become both a devoted student, and his wife. I was nervous about talking to her, not sure what to say, star-struck — and of course, ballerinas have always intimidated me, especially since my one ill-fated ballet lesson in the kitchen when I was 14 … but that’s another story.

When Tony died, I traveled to Maine again for his memorial concert. During the performance, Karen took the stage, talked about her life and love with Tony and then, looking directly at me  (OK … possibly at everyone in the packed theater) she said, “Tony is not dead. He’s here,” and pointed to her own chest.

So, struggling through my intimidation, I contacted Karen, asked if she’d coach me.  Amazingly, she, too accepted me.   We discovered we loved working together we could often find Tony-ness when we did. So when Karen agreed to co-lead my yearly Barn workshop with me I was thrilled — and starting in 2007 Karen and I went back to the Barn leading a new generation of students — passing on the experiences that changed our own lives as performers.

It’s one of my favorite weeks of every year. In part, to be working together with Karen, in part the intrigue and excitement of working with students committed to challenging themselves, in part my own challenge to trust my creative impulses as a teacher – and to ask for — and get — the kind of deep, authentic, pushing-the-envelope response that this intense work requires — and in part because each day is a revelation.

That’s  no exaggeration. In fact it’s pale. Karen and I fell into the habit Tony had of starting every day with his own revelations from the previous day’s work. At first I was embarrased to impose my own amazement, wonder and philosophizing on the students – and felt like “who am I” to think I can carry the creative tradition of my great teacher. I finally decided one day to spare them the lecture — and was blown away when they ASKED for it!

Another thing I love is the range of student’s professional levels. The first year I’d planned to restrict the workshop to professionals and pre-professionals (not that I knew exactly what a “pre-professional” was), but one student turned out to be an adult beginner. I’m not sure how she slipped through the cracks — but I’m so grateful she did!

It was through her that we discovered that technique or ‘playing level’ wasn’t a relevant issue in the kind of work we were doing. Each student, regardless of level, has their own personal challenges, and it’s the commitment to meeting that challenge that connects the students and makes them a ‘group.’

That realization was solidified the next year when a  young (17-year-old), very talented, quite advanced pre-professional in the workshop became more and more distressed when we didn’t even touch the instruments for the first two days. We learned that her mother had signed her up and she’d expected to be learning specific harp techniques, and be playing her instrument 4-6 hours a day.

Instead, we were working as a group, exploring performance from every angle except standard instrument technique, and as a “Performance for Musicians” workshop she wasn’t even with a group of all harpists — there were many other instrumentalists and singers in the group.

Seeing her distress helped us realize how important it is that students understand what to expect – and what not to expect – from the workshop, so Karen and I created an extensive “FAQ” at our online workshop page and instituted a policy that required every under-18 student to write a personal letter outlining why they wanted to be in the workshop. In this way we were able to be reasonably assured that their expectations were realistic. (Don’t ask me why we don’t generally require over-18 folks to write a similar letter … but we don’t).

The next year several under-18 students requested to come, and with the new policies, we were able prep both the students and parents in such a way that they engaged seamlessly with the rest of the students. That’s when it all clicked: remembering the huge diversity of ages, skills and experience in the workshops I took with Tony –  all working together, all getting the same level of attention, and each providing illumination for the others because their skills, ages and experiences were so different. And now it seems that that’s just one more facet in the magic of the work that Tony gave us.

For more information about this year’s workshop go here workshop information page and if you have questions about it, email and ask and I’ll get back to you as soon as I can!