The Train to Chapter Two 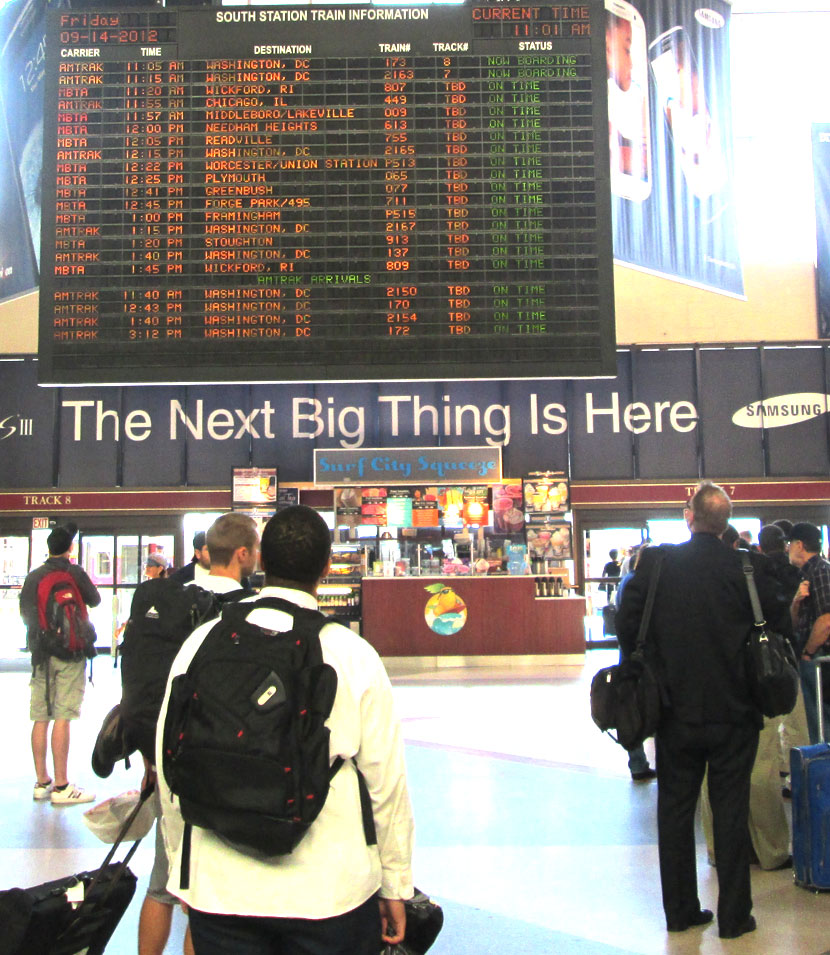 Departures this morning at South Station - mine among them

South Station, Boston: A last-minute bit of luck – two friends of Steve’s are driving to tonight’s show from the Boston-area today.  We’ll meet in South Station, take the train to Canton and drive from there to Northampton for the show tonight.

This morning, I’d commenced dawdling in order to get to South Station just on time, so I could enjoy an adrenalin rush of worrying about being late – when I remembered that I love being in South Station, the owner-run bookstore in the middle of the station (and I need a good book right now) and the local-business-run stalls, like Rosie’s Bakery.

I know all this because last year, to kick off my “Street Harp” project, I performed a concert right in the Grand Concourse where I was overcome by a “Life is a Musical Comedy” moment, leapt off the stage and danced through the station with my harp strapped on, feeling like Gene Kelly, twirling between suitcase-rolling and back-pack-wearing train-riders — my music soaring over the train-announcements.

It was a peak moment. 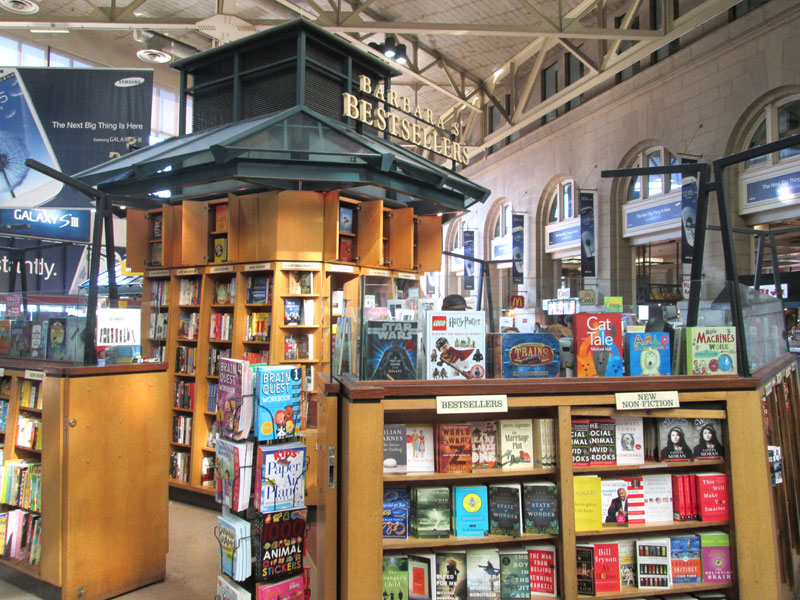 But I digress.  The point is, that this morning I got to wake up again with my husband, walk with him one leafy bikepath mile from our house to the subway, and take the subway to South Station.  One extra, unexpected night at home, one beloved walk, one ride on a subway I have a history with.  (I played at the celebrations of many of these stations years ago when they first opened.  The public art in these subways has deeply affected my life at times.) … and one look at my favorite view of the Boston skyline: coming out of the redline subway tunnel, heading over the Salt-and-Pepper bridge

I’m in South Station now, with my three new books from Barbara’s Booksellers and my muffin from Rosies, heading into Chapter 2 of Rock Harp Diaries – my second departure from home and into this still-new adventure.