Midnight Tweets from the Second-Screen

I knew it would be a late night, but I was ready!

I’d been waiting for weeks – Legendary rock guitarist Steve Vai would be performing at L.A.’s Club Nokia Oct. 12th and it was airing LIVE across the country on AXS-TV – a cable network that specializes in live events – so I could watch it live in Boston! To find out how to watch, I went to the AXS-TV website, punched in my zip code and found the local channel.

I’m a new Steve Vai fan. I work for Grammy nominated electric harpist, Deborah Henson-Conant, who’s on tour as the electric harpist in Vai’s band.  They’re touring nearly 30 countries, 100 shows in four months.  So while my boss has been out rocking with the band, I’ve been holding down the fort here at HipHarp Headquarters — and show #49 was about to broadcast live on TV. 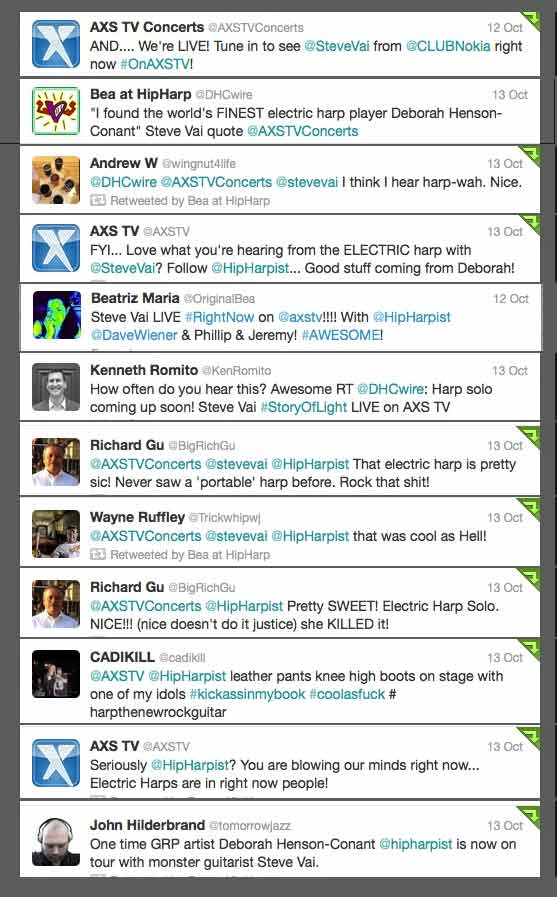 Some of the Tweets shared the night of the concert. Click on the image to see it larger.

The only problem with the live broadcast of a show on the West Coast is when it starts on the East Coast — and this one started at 11:45 pm.  This would be a late night at the office!

One of my many jobs at Golden Cage Music is tweeting @DHCwire all about Deborah’s tours and projects. Deborah shares her own personal tweets from @HipHarpist.

So when I found out about the simulcast, I was ready to watch with my laptop AND iPhone, so I could interact with other viewers – in the “second-screen-experience.” I even took pictures of my television screen!

Second-screen-experience  is a term used to describe the phenomenon of watching an event on TV and interacting with people on social media who are watching the same event – it’s like you’re all experiencing it together.

So as I settled in for the concert, I tweeted about what I was watching.  I set my Twitter to search for AXS-TV and Steve Vai so I could find other people doing the same — and before I knew it, I was tweeting with a group of people who were also watching & tweeting. (See some of the tweets in this post, but please pardon the profanities – these are rock fans, not pre-school teachers.) 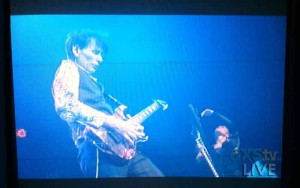 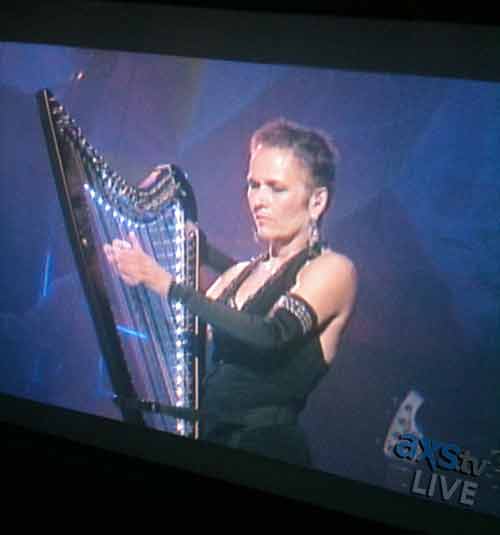 Personally, I was focused on Deborah because I knew she would want details about her own part (Such as – Could you hear the harp?  Did the wa-wa harp part come out clearly? Did her solo parts work with the band? How did her new shiny pleather leggings look on camera?)

There were some great creative camera shots of the harp and I was happy she got a lot of air time – almost as much as the drummer … OK, not quite as much… But I think since harp is a huge departure for a rock band, there was an extra interest in what she was doing.

My favorite part of the night was when someone tweeted “More Harp!” and I tweeted back that it was almost time for a harp solo. Then someone else chimed in, “Now that’s something you don’t hear everyday at a rock concert!”

The show ended after 2AM – and I came away with a new group of Twitter folks to follow and be-followed by.  Yup, it was a late night at the office … but I’m not complaining. 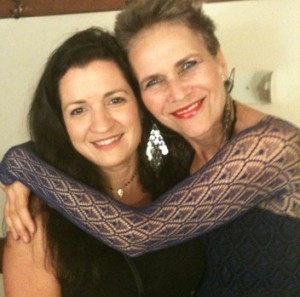