The Superstar Adventure (or Ferry to Estonia)

We slept in an urban courtyard in Helsinki on the tour buses ’til 5AM, then drove to the harbor, and got to customs some time before 7:30.  Everyone left the bus – I grabbed my fanny pack at the last minute, not sure why.  I assumed we’d all get off the bus for a minute, go thru customs, like in Canada, and then get back on the bus.

We were given tickets, which got us through a turnstile and then we walked through corridors, passageways, stairs and more corridors to a ferry.  At the ferry they asked again for the ticket … only I thought we were supposed to leave it at the turnstile, which is what I’d done. 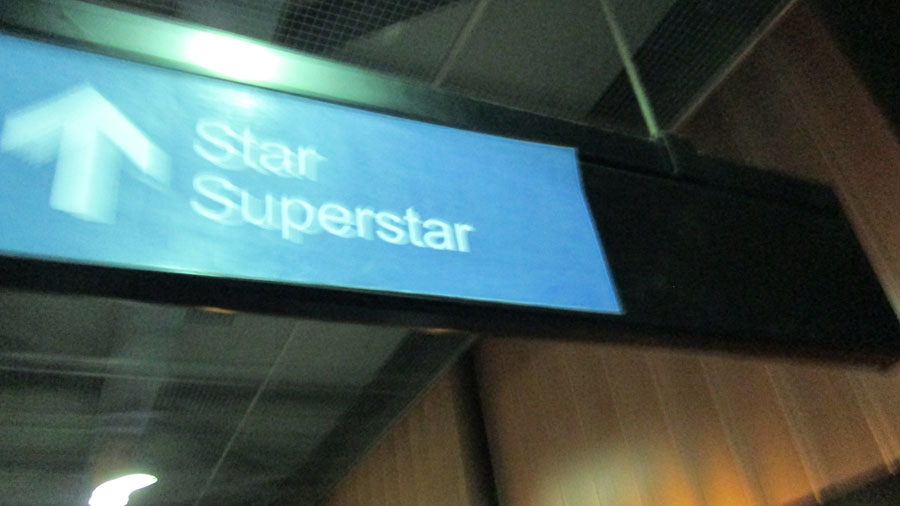 The ferry guard called to see if anyone had turned in my ticket – but no one had.

Everyone else in the band and crew got on the ferry, and the guard told me to hurry back to the terminal and buy another ticket.

So I ran steps and corridors and passageways back into the terminal, where I got in a long line for another ticket.

I struck up a conversation with the lady behind me in line, met her mother and children and learned a little bit about Talinn, the town we were going to.  Then we heard an announcement – in Finnish.  A look of worry passed my new friend’s face, and I asked “What did they say?”

But then I heard the announcement in English.

MY ferry was leaving — now!!!  I was in the wrong line – the line for the six hour ferr,y not the two hour ”Superstar” ferry everyone in the band was on!!! 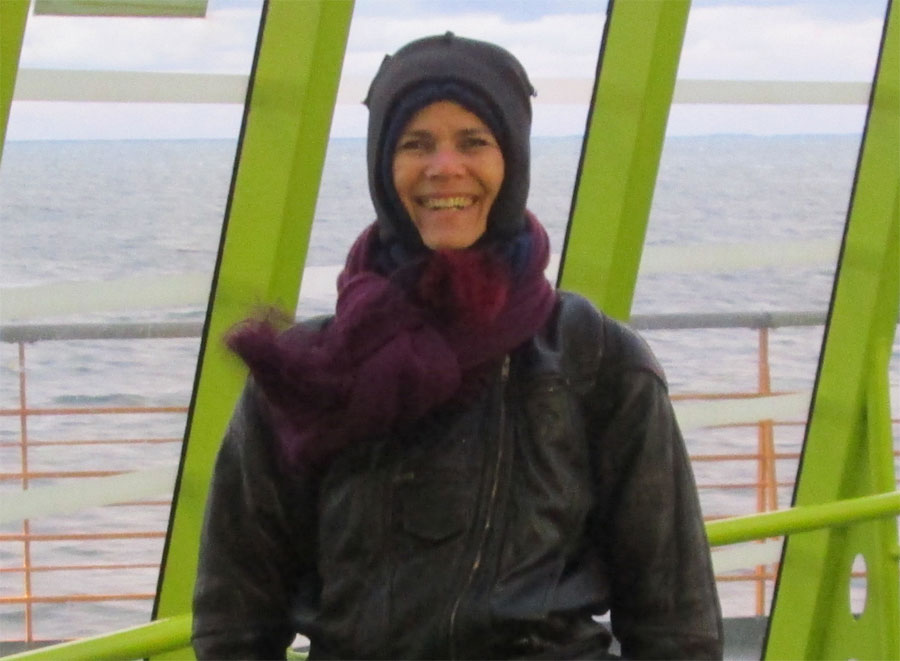 Finally on the ferry...

I rushed to the “Superstar” ferry kiosk – kissing myself inside for taking my fanny pack and Euros. I paid for the ticket (43 Euros) ran back corridor, stairs, passageways and made it back onto the ferry.

Whereupon I searched the three floors of bars, casinos and cafeterias for the rest of the band.  And eventually … found them.

And here’s what I learned:

From now on I follow the group (most specifically Philip) and I observe what they’re doing.  And whenever something different from the standard everyday is coming up, I should sit someone down in advance and say, “OK, talk me through this – like it’s a script.  Exactly what’s going to happen?”

(This post was originally an email to my husband, Jonathan– which is how many of my posts are born)