Deborah Henson-Conant:  Hear the term “Blues Harp” and most people think “Harmonica” — but I play Blues on a 32-string HARP.  Not a big 75-pound concert harp like you see in the back of an orchestra, but an 11-pound carbon-fibre electric harp that I strap on like an electric guitar, and that lights up with LED lights. I use a ‘looper’ pedal which lets me record quick snips on the fly, right in front of the audience, and then layer them to create a sound as full as a whole band – and I sing. 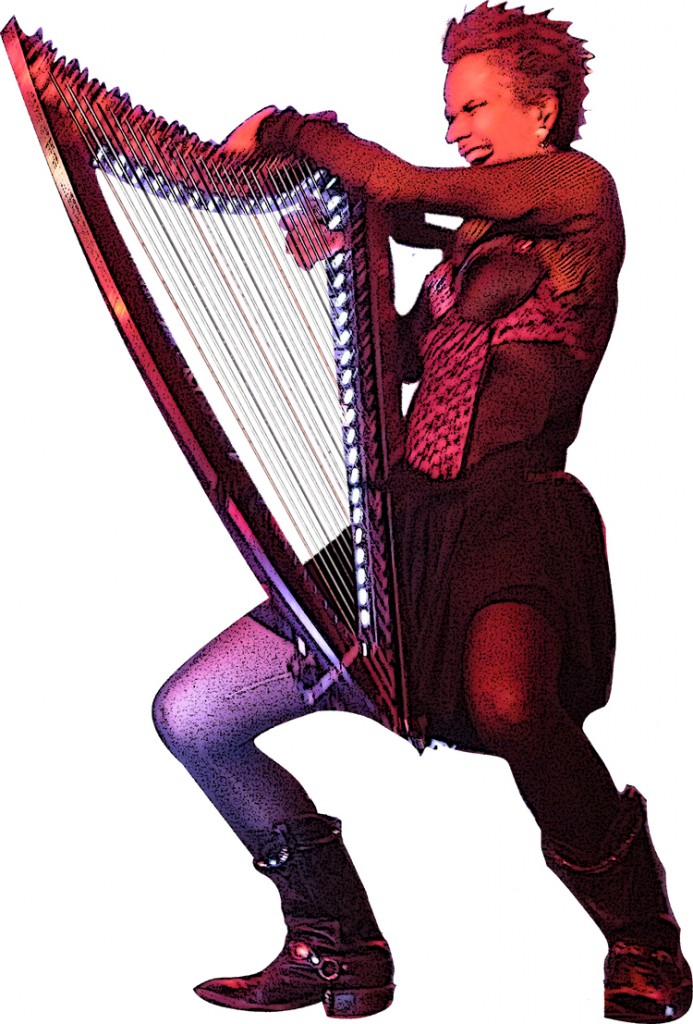 It turns out a harp actually is a lot like a harmonica.  You can bend notes, you can set up Blues scales, and you can add distortion and wail, just like with a guitar.  And in the last few months, touring the world with guitarist Steve Vai, I’ve added a few more twists, like a wa-wa pedal.  You just have to think about it differently.

Most people think “Harp = Classical Music” – but that’s like thinking all dogs are poodles.  An instrument is like a musical prosthetic, a physical extension of the human body that lets you express yourself in ways you can’t with your body alone.  The goal is to express your own voice.

And Blues is a huge part of my voice – both what I sing and what I play on my instrument.

Blues is one of the most fun, most expressive and most American forms of music.  And you just don’t hear it played on the harp that often.  But I always dreamed of a harp I could strap on and play like an electric guitar, and thanks to the visionary harp company, CAMAC, that’s now possible.  They spent 15 years developing what’s now known as the world’s top electric harp.  And then they named it after me, the “DHC Light,” one of the greatest honors of my life.

I always play Blues at every show I do, whether it’s with a symphony orchestra or on a solo stage – but no matter how much I play, people ask for more.  So this January 26th at “The Center for Arts in Natick” (TCAN), I’m doing a “Blues Harp” show — a show almost entirely of Blues, because I know that what people need to hear in the cold dark days of New England January — is the Blues.  And that’s what I need to play:  Blues Harp … with a twist. Click for tix! 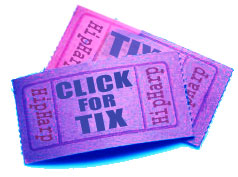 You can get an idea of what I do on the video at my website: http://www.HipHarp.com.

DEBORAH HENSON-CONANT is a Grammy-Nominated recording artist.  Guitar Legend Steve Vai calls her “The Jimi Hendrix of the Harp,” NPR’s Scott Simon calls her “the [imagined] lovechild of André Previn and Lucille Ball.”  She sings and plays electric harp.  She composes for symphony.  She tours internationally with a hard rock band. She performs one-woman shows and concerts internationally. She debuted with the Boston Pops, opened for Ray Charles at Tanglewood, had her own music special on PBS, jammed onstage with Bobby McFerrin offstage with Steven Tyler.  She’s been featured on CBS “Sunday Morning,” NBC’s “Today Show” and NPR’s “Weekend Edition.”

For the past 20 years she’s collaborated with CAMAC Harps in France to develop the “DHC Light,” the worlds first commercially-produced carbon-fibre electric harp.

This story was picked up the the Metrowest Daily news! Read it HERE!