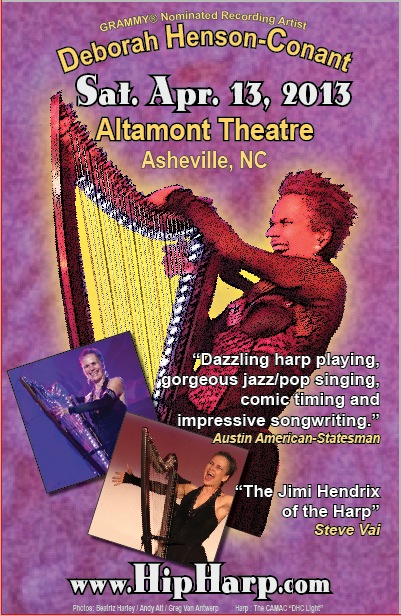 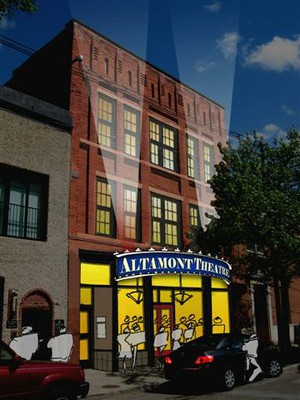 VIP Pre-show Reception at 6pm includes: First choice of theater seating, Light fare, Photo Ops and … most importantly … Meet & Greet with the Artist: Deborah Henson-Conant tells you anything you want to know about music, life, harps, touring with Steve Vai or anything else — and you get to look at her harp up close and personal. Tix on sale now! 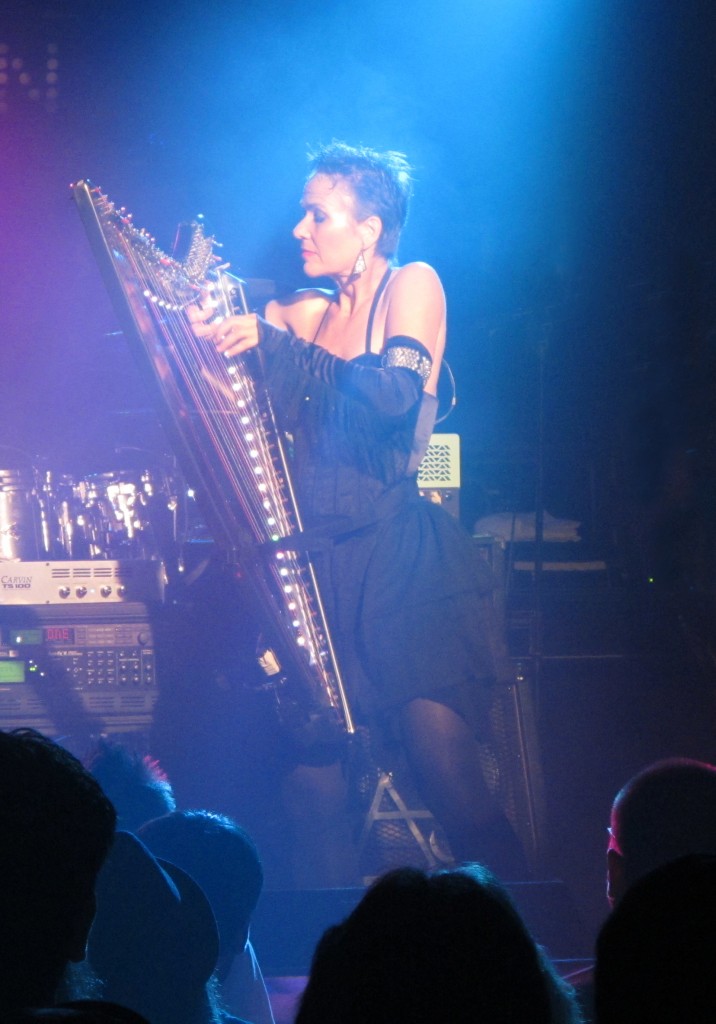 Deborah Henson-Conant (DHC) is a Grammy-Nominated one-woman orchestra. With electric harp, voice and a looper pedal that she layers sounds in real time, weaving solo lines and vocals above it.

When DHC isn’t recording or performing her one-woman-shows, she’s on tour with rock guitar legend Steve Vai, who calls her “The Jimi Hendrix of the harp.”

Yup!  You can forget the demure harpist – forget the Classical Music — forget dozing off in the back row. Henson-Conant is a showman, entertainer and solid musician who’s been compared to musical greats from Leonard Bernstein to Elvis Presley.

Her voice is compared to Carly Simon and her playing to Chuck Berry and Jimi Hendrix; and her humor to musical comedian Victor Borge and even Eddie Izzard.

She plays an instrument that was custom-designed for her: an 11lb carbon-fiber electric harp, created by the French CAMAC Harp Company.  It’s now one of the fastest-selling new harp models in the world and carries her name, the “DHC Light.”

Her shows, her life, her instrument, her workshops and her music are all about transformation — all tied together by powerful, funny, affirming stories and universal humor.

Henson-Conant cut her teeth on the contemporary jazz scene in the ‘80’s as the only woman instrumentalist on the GRP jazz label. In the 90’s she toured as a soloist with the Boston Pops, and orchestras throughout the US, composing and premiering dozens of new pieces for symphony and harp which led to her 2007 Grammy Nomination for Classical Crossover and her own public television special.  Her current focus is creating, touring and recording her one-woman musicals … when she’s not on tour with Steve Vai.

This is DHC’s second visit to the Altamont — she fell in love with theare when she came to Asheville in 2012, and was one of the first performers to play there.  She returns Sat. April 13th with a preview of her new – as yet still untitled – solo album!