It all started with a conundrum about my new album – the one I’m recording now. 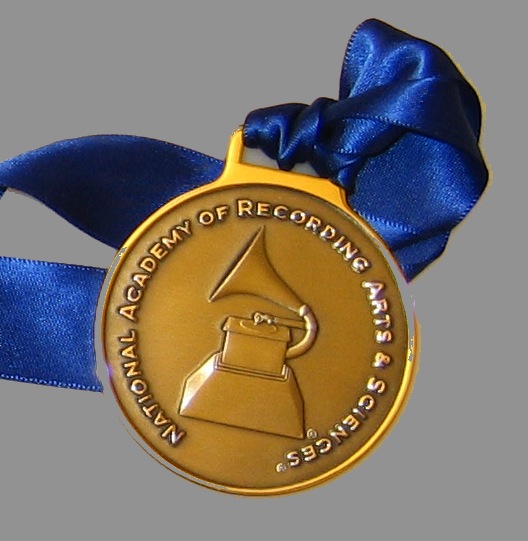 I’m a performing artist.  I grew up watching performers — rarely listening to records or radio.

That makes it tricky for me to create ‘recordings.’

And when I say ‘tricky’ I mean that I have to trick myself. 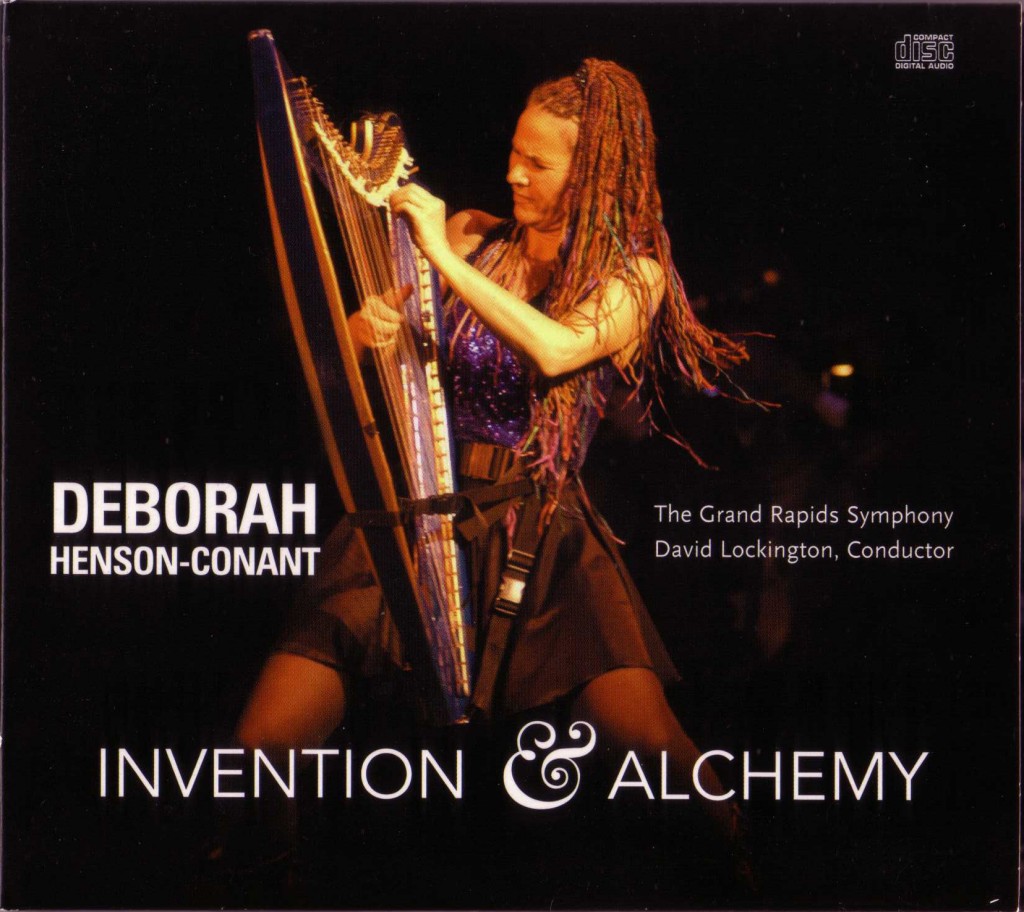 aaay too long ago), was a live album with Symphony.  I didn’t record the album —  my husband and his production team did.  I performed live shows — and he created the album.  So I guess that actually makes it his Grammy Nomination and not mine. But that’s fodder for another blog …

At the moment, I’m back inside the conundrum: I’m a performing artist – not a ‘recording’ artist.  How do I create an album?

It’s like asking a sculptor to create their next work as a photograph.  Or vise-versa.  They’re just two different art forms even though they use many of the same basic materials.   And I have all those material – more than enough new songs and pieces for a new album – probably for 3 or 4 new albums.

But how do I create something that moves ME in an art form that’s not actually MY artform?

My artform is about capture.  Unlike recording artists who craft recordings, I have to capture them.  It’s like I’m a hunter-gatherer artist — not a farmer-artist.  Except that I’m both the hunter and the thing I hunt.

So how do I do that?  That’s what I’m trying to find out.  It’s like trying to figure out what kind of bait you should use to catch yourself if you’re both the fisherman and the fish.

So here’s what I WAS doing ‘til last week: 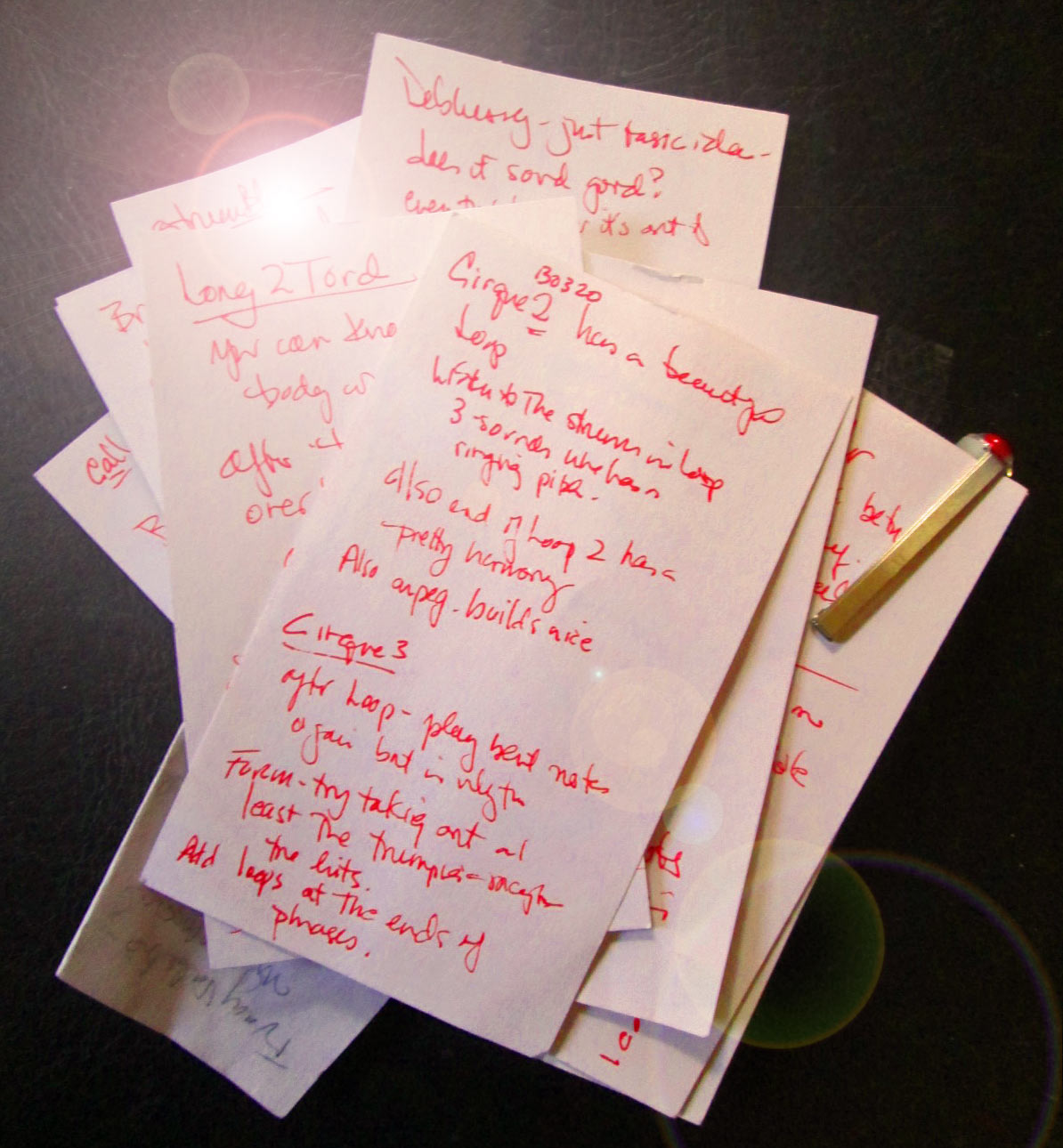 I’d record versions of the songs each day, then transfer them to my iPad.  On my daily run, I’d listen and observe myself to see whether the music transformed my experience of the run or not.

If the world looked and felt different when I was listening, then that was a good cut – or a good tune structure or a good sound.  If it didn’t transform my experience in some way – if it left me in the same old reality – then it wasn’t what I wanted.

Sometimes I’d listen to versions of every cut on the album in order so I’d experience the album flow as a whole, see if the sequence, the story, the rise-and-fall took me somewhere outside myself —  or if one song undermined the song before it in some way.

Sometimes I’d listen to five or six or eleven or twenty versions of the same song to see which one caught me.

And I’d take notes on what parts of which tunes really worked for me. I’d carry index cards in my pocket and pull them out to take notes.

(Which was how I discovered that people often feel threatened or suspicious if you’re standing on the street writing.  As if you’re writing about them, like about whether they picked up after their dog or not, or whether their car was parked illegally.  One man walked up and challenged me about what I was writing — not like he were interested, but like he might punch me out.)

But about a week ago, I realized I wasn’t getting to the core of what I do.

I’m a physical performer. The way I move and the way the music moves me changes what I play.

I’ll make my next show simply BE a live version of my album.  Then, when I practice for the show, I’ll be working on the album, I’ll record the show, and that will inform me how to go about recording the album.

So I started practicing the show which I’ll perform Sat. April 13th in Asheville, NC.

To do that, I had to see and feel what I’m doing.

I needed a stage and a way to watch myself.  So I expanded “DHC-TV” – the once-and-future-living-room that is currently my TV studio – and started working on the live version of the songs, videotaping them and watching them as well as listening to them, and making studio tests, like this one: 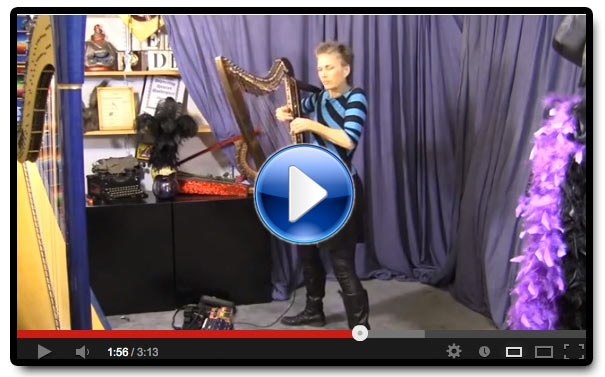 It was one of those Mary Poppins emails.  You know, how when the kids in the family write out exactly what they want in a Nanny, and their father 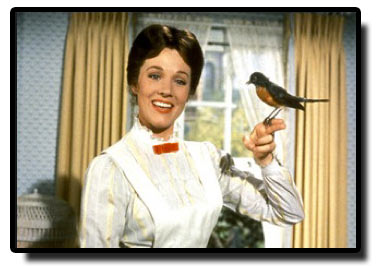 crumples up the paper and throws it in the fire and the smoke goes up the chimney and Mary Poppins reads the ad exactly the way the kids wrote it and she applies for the job?  That’s what it was like.

I am a SUCKER for experiments – as you know – and I’ve ALWAYS wanted to have a theatre right in my house.

And suddenly, this email was offering me both.

So … I called the VideoHouseConcert people, they walked me through the platform, I explained to them what I was doing and they said,

STUDIO LIVE: A Personal Sneek-A-Peek Fly-on-the-Wall Harp-to-it Plucking Practice POW PREVIEW… IN WHICH DHC Does Dress Test LIVE for YOU!

Read all about how we got that name here and come on down to Asheville, NC for the Sat. Apr. 13th show in Asheville, NC at one of the sweetest listening rooms in the US of A: the Altamont Theatre where I’ll perform that new album live — ready-and-set after my online dress rehearsals!