Being in Boston in Paradox

Living in Boston has been a paradox experience this week.  The marathon bombings still resound emotionally (my blog about from Marathon day). Waves of breaking news play against the backdrop of perfect April days, and it’s a strange disconnect, especially since I listen to the news mostly when I’m out running – stories like the one about this image below, that are both moving and deeply disturbing. 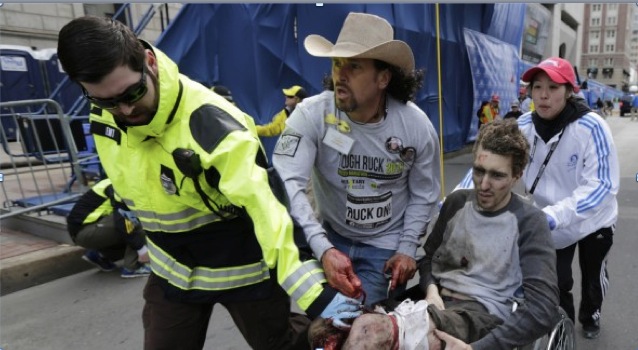 Last night when I finished writing this story and went to Twitter to get the links, I fell into a maelstrom of Tweets about more bombs and police and firefights in a town adjacent to mine.

This morning at 8AM our phone rang with a message from the town manager saying  the subway system is shut down, and to avoid leaving our homes.

We’re not on lockdown, but Cambridge, the next town over, where my husband’s audio mastering studio is,  is locked down, along with many other communities – and people outside Cambridge have been asked not to enter it.

Busses, subway … even taxis is Boston are shut down.

The story I wrote last night, and my state of mind then, is so different at the moment, that it feels like a time-warp to post this, but here’s my state of mind 3 days after the bombings and minutes before I learned about the murder of a young MIT policeman that began a huge police action between the bombing suspects and police.

This is what it was like living in Boston yesterday:

Our local NPR station airs stories I don’t know if the rest of the country gets to hear – not strictly news, but very human stories that move me – because of the stories themselves, and because of the grace and sensitivity of the interviewers, women I hear every day on the news like Sacha Pfeiffer talking to trauma surgeon Tracey Dechert talking about the difficult decision to amputate and Robin Young in her beautiful interview with “The man in the Cowboy Hat” .

And watching how prepared emergency responders were, how they immediately tore down barricades to avoid crowds being trapped – I was so moved by that.

And I never thought I’d be proud of … well, being a part of the Boston sports community. I always felt that, as a slow runner, I didn’t really belong, didn’t have a place in the community. But my perception of belonging changed in the last week. 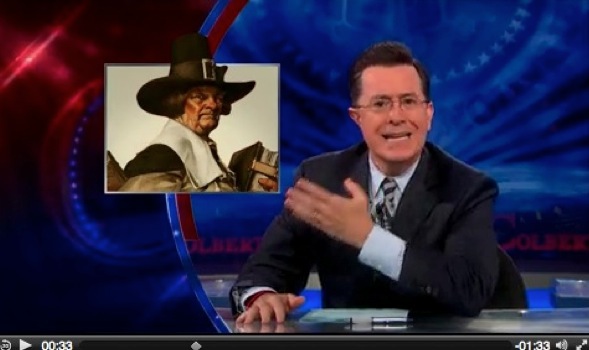 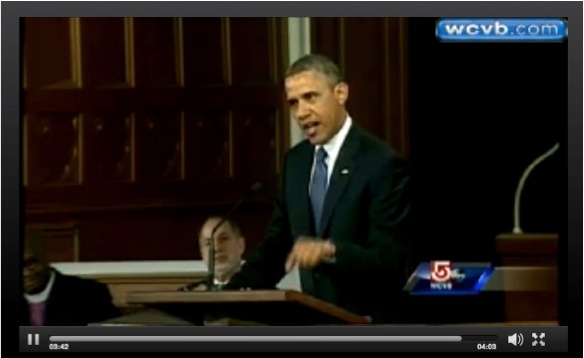 … somehow all these things made me realize that I truly have made this place my home.  And that new awareness of personal connection against the sense of tragic loss that I know others are experiencing … I don’t really know how to connect that.

But I do know one thing clearly – how much I appreciate all the messages of care and concern everyone has sent to all of us in Boston in the past 4 days and my admiration of the people who are acting swiftly and deftly in the midst of this.  From the man in the cowboy hat, to the surgeons in the hospitals, from runners to radio interviewers, the President of the United States, to my own personal Facebook community —  thank you for your work, your actions, your messages.  Every one of them fills me up with respect or pride, surprise, admiration.

I live in a town Paul Revere rode through on his midnight ride. Uncle Sam, Sanuel Wilson, was born in this town – seriously.I pass his statue – the one on the right below  — every day when I run.

I was NOT born in Boston, but this week, I realized it’s become my home after 30 years.

And the man in the hat on the left … the way I feel about him … the humanity behind the hero – the pain and heartache I know him to have  … I wonder if, at some point, once, the man with the hat on the right had that kind of flesh-and-blood persona for the people who shared the time he lived in – long ago, before he was  carved in stone.

So … that was yesterday.   This morning, the firefight, the lockdowns in neighboring towns, the stories about the bombing suspects,  – who may have lived here for years, and attended school with our neighbors —  I don’t even know how to start processing that yet.