When I left High School a few weeks before graduation – because, what was the point of graduating? – I joined a true dropout, my friend Jan, and her boyfriend Marty – a bona fide bearded hippy, and drove from LA up to a town called Bolinas, just north of San Francisco.

Marty and Jan’s cousin, a yoga teacher named Sashwatan (who we called “Sash” for short) would be building a house, and Jan and I would be carpenter’s helpers.

We lived under a tarp in the vacant field next to the house, and one day my ex-boyfriend, Alan, came to visit with his three-legged dog, Emery.

Alan was sick – very sick – and would soon die – and he wanted to give Emery to me.  Alan leaned down and told the dog that I’d be his new person, that he’d be living with me, and then Alan left, and Emery stayed.  And became my dog.

And is still my dog in dreams. 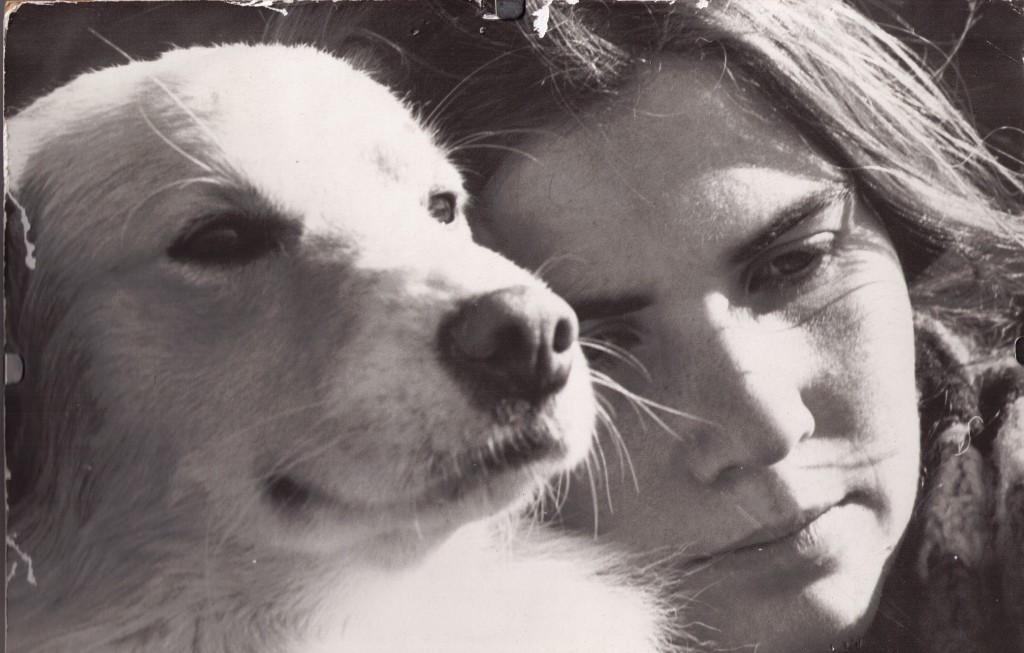 One day Emery and I clambered down the cliffs of Bolinas, where I went to write in my journal, or play guitar.  And when we came back up, there was a van parked on the dirt overlook just above the cliffs, and someone rummaging inside it.

(There was also a snub-nosed, bandy-legged brown dog named Pokey nosing around, but I never liked that dog so I’m leaving him out of the story)

Just as I reached the van, the rummager climbed out and looked up at me with a bag of trash and a huge sense of amusement.

She told me later – but I don’t remember this – that I walked right up to her and said, “Hi!  Wanna play?” and she said “Sure!” and we began to dance.

(“Ohhhh … they were high” you’d think.  But we weren’t.  Life was just like that then, in that place, in that time. I was actually a teetotaler.)

Her name was Felicia, she was a dance teacher, and she immediately invited me to a dance class she was giving in an old market building she and some other friends had rented up in the town of Pt. Reyes Station.  So that night, Emery and I piled into her van and headed north to Pt. Reyes Station.

The class was in a big empty building with an open floor and a tiny horseshoe balcony.  It looked to have been built around the late 1800’s – but I’m no building historian.

Felicia and her friends had formed a dance collective, rented this building, and since it was the former home of the “Palace Market” – which had moved to a larger tin building across the street –  they called it the “Dance Palace.”

As close as I can tell, the dance Felicia taught would today be called “Contact Improv.”  Back then she just called it “movement.”

The Dance Palace became my home.  Emery and I left Bolinas and moved into the apartment above the Dance Palace with 5 other members of the collective.

We created shows – dragging the huge old upright piano from the “D.P” down the street to the vacant lot where we’d perform them on an abandoned truck flatbed. We showed movies, held classes and danced, and danced in the Dance Palace – and on my 19thbirthday, I produced my first solo concert there on those same boards, with that same old upright piano. 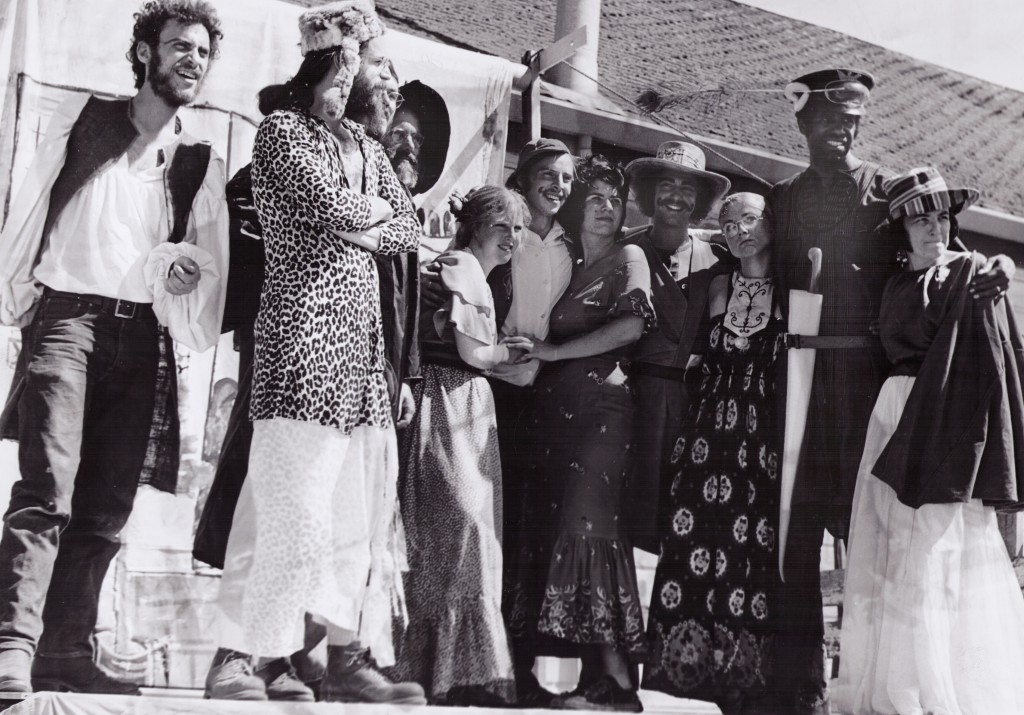 And then I left.  I don’t remember why.  I moved with a friend to a small duck-hunting cabin ten miles north on the Tomales Bay.  Then I started back to school, then moved to Berkeley, and from there to Boston.

And it hurts to write that. Because I never meant to leave, and in my dreams it’s still my home – the way it was then.

And on June 22, 2013 I’ll be back to play a solo concert at the new Dance Palace – a bona fide community center, down the street from the old D.P. — A place I can return to only because other members of the collective stayed on, kept it alive, changed it, rebuilt it.

I think the old upright is gone now.  But no matter, I’ll bring my carbon fibre harp.

And as I write that I realize: I guess I can’t expect my past to stay the same if I change so much myself.