(A collection of videos, photos and blogs from 3-months on tour with guitar legend Steve Vai in 2012.)

You know that fantasy?  The one where a great rock legend calls you up and invites you on tour?

Suddenly there you are, playing to huge crowds of screaming fans, sleeping on a tour bus, living the rock-star life?

I play the harp – so you wouldn’t think I could realistically hold that fantasy – but everyone who’s seen me knows immediately that I want to be a rock star in some way or other.

Not that I know anything about rock music – I don’t.  I know less than most people. But I know a lot about rock energy — and that’s what I love.  I love it so much that, even when I played the big concert harp I dreamed that I could shrink it, strap it on like an electric guitar, and run it through guitar effects.

I love it so much that I found a company in France willing to invest in creating that compacted harp – a 20-year journey that culminated in the 32-string wearable harp I play today.

But to actually take that instrument into the rock arena outside my own fantasy world – well, that was a complete fantasy.

Or someone claiming to be Steve Vai. 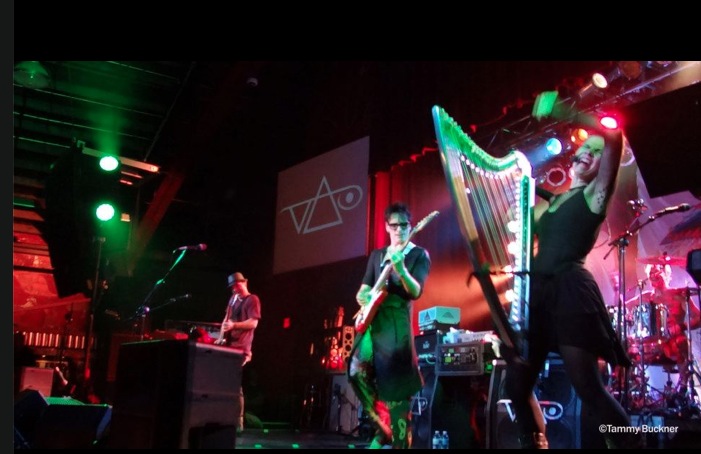 Because when I got the email I was convinced it was a hoax – someone making fun of my obvious fantasy-life as an oxymoronic rock-star harpist.

When this alleged-Steve-Vai invited me to a show, I was still convinced it was a joke, and someone would jump out at the box office laughing, “You fell for that?? I can’t believe it!”

But it was real.

And it was still hard to believe.

Once we started rehearsals I was convinced every day, that he was going to call me in and fire me – because I was so far out of my comfort zone that I’d begun to think I’d imagined my years of practice – and that I simply had no idea how to play music.

During all this I blogged.  Not weekly, and not about everything – it all went by so fast, and furious that now, a few months later, I’m just catching my breath.

On this page, I’m collecting blogs, videos and photos from my fantasy-come-to-life – My Steve Vai.

NOTE: I’m starting the page with a few blogs, videos & photos, and then adding them as we get them cataloged, so come back to see more! 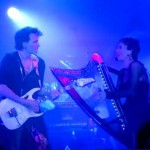 Jamming with the Master (video) – In this short fan video, Vai and I trade licks during an early show on the tour. 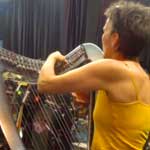 Building a Box Out of Fog (blog) – When I started rehearsals with Vai, it was like a culture-shock. Nothing I’d learned as a musician to this point seemed relevant to this new (for me) art-form and I started to panic: “My God! Did I ever actually think I was a functioning musician???” 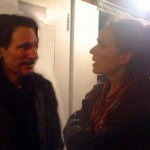 How I Met Steve Vai (blog) – This blog tells how  I met Steve Vai and ended up joining his band for the Story of Light Tour (some of the story is the same as what you just read above – but with more detail). 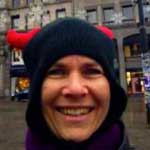 portion of our tour, and what really happens on the tour bus