A Show of Force at the Ig Nobel Prize Ceremony

From a kitchen in Somerville, MA to a Show of Force at the Ig Nobel Prize Ceremony … here’s how it happened.

Why do we do ridiculous things? Crazy. Silly. Dangerous – to body or career. Pointless … Fun.

I finally accepted I’m drawn to the ridiculous – and to how we go from laughing about something to thinking more deeply about it.

That’s why I wrote a musical comedy about a troop of nuclear arms activists ,“The Zero Club.” 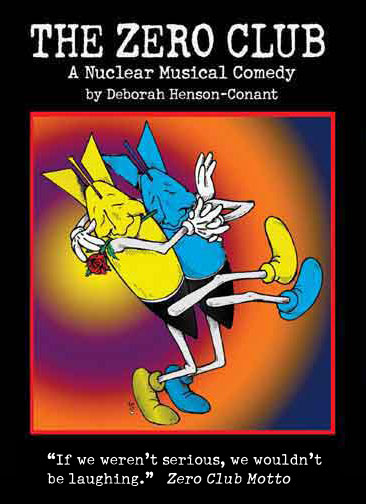 That’s why I curate a “Burnt Food Museum”  in my kitchen.

And that’s why I’ll be performing a Mega-Mini “Show of Force” a week from today on Thursday, Sept. 12th to open the 23rd First Annual “Ig Nobel Prize Ceremony” in Cambridge, MA at the gorgeous old Sanders Theater.

The live show is already sold out, but you can watch the live WEBCAST via LiveStream.

Here’s How it Happened

A love of the ridiculous is one thing the creator of the annual “Ig Nobel Prize Ceremony” and I have in common, though we each approach it differently.

Marc Abrahams and I met back in the ‘90’s after radio journalist Bruce Gellerman came to my old apartment in Somerville, MA with producer Lisa Mullins to tape a feature story on my harp-playing for the local NPR affiliate, WBUR. While they we were in my kitchen, Bruce noticed my “Burnt Food Museum” on display, featured it in the story, and decided I needed to meet the editor of the “Annals of Improbable Research,” Marc Abrahams.

Marc and I share a love of glorifying that-which-is-considered-inglorious.  We bonded over the Burnt Food Museum, which he quickly featured in the “Annals of Improbable Research.”

He then gave me the 1956 essay “Stress Analysis of a Strapless Evening Gown” that inspired my orchestral suite of the same name that was part of my 2006 DVD “Invention & Alchemy.” 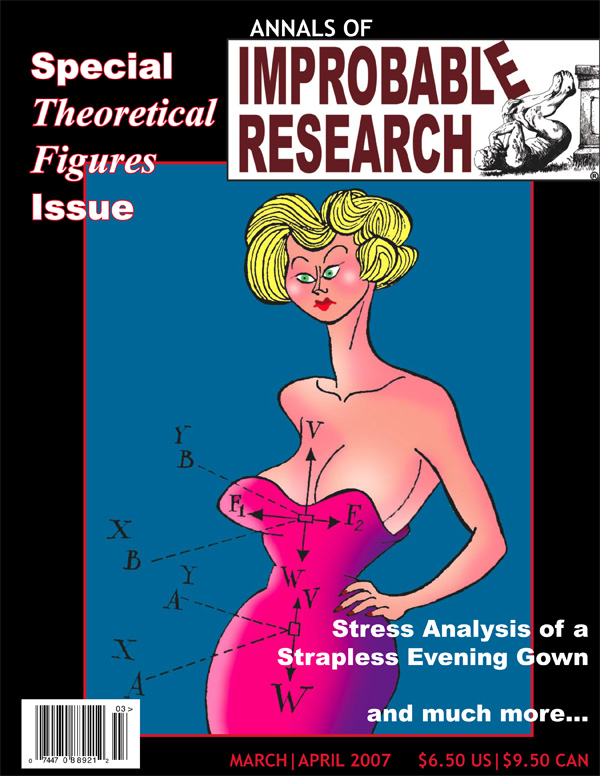 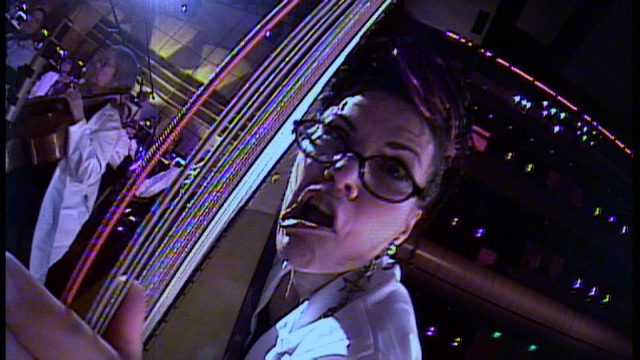 And nearly 20 years ago, he made me the official electric harpist of the Ig Nobel Prize Ceremony, an American parody of the Nobel Prizes given each year in early October.

The Ig is about taking the ridiculous to even more ridiculous lengths, and, in addition to the yearly prize it includes an exceedingly short (but surprisingly dramatic and well-performed) opera, prizes, international Nobel Laureate visits … and sometimes … ME!

Whenever I’m in Boston during the Igs, Marc finds something utterly ridiculous and bombastic for me to do.  One year I wrote and sang an ode to Hell, Sweden (“It’s Swell to be in Hell”), one year I played Clarinet-Harp-Triangle trios with Nobel Laureate William Lipscomb, and Trianglist-Singer Catharine David (who moonlights as my bookkeeper).

Two years ago, I pounded out “The World’s Most Depressing Russian Music” on the theater’s grand piano then collapsed on the ivories. 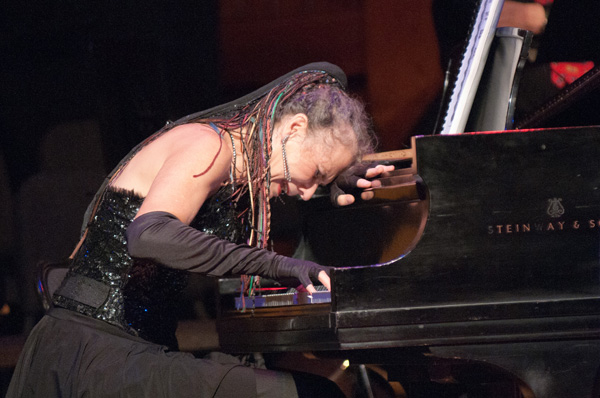 Last year I had to miss the Igs, because I was on tour with guitar legend Steve Vai.  (Hmmm … tour the world with legendary rock guitarist or perform ridiculous musical stunt with Nobel Laureates?)   Ah well, you can’t always do everything fun.

And this year I’m performing a Mega-Mini “Show of Force” to open the Prize Ceremony. So …

What is it? A tiny big show – 15 minutes packed with everything I know how to do to make my 11-pound powerhouse carbon-fibre electric harp sing like a force of nature.

Will I re-enact the “Star Spangled Banner” Hendrix-style? Quite possibly.

Will I dress in silver lamé?  Good chance.

Will it be live-cast on the internet?  YES!

Will you be there? I HOPE SO!  Virtual or Live!  That webcast link again?  Comin’ right atcha!  Learn about the webcast here.

LIVE UPDATE:  Marc just emailed me: “Several big web sites around the world that plan to carry the webcast, too. Including the Boston Globe!”

Hmmmm… just one more reason we do ridiculous things.

Speaking of which … here’s a little lo-tech video I made in my studio a couple weeks ago to try out potential costumes for the show: